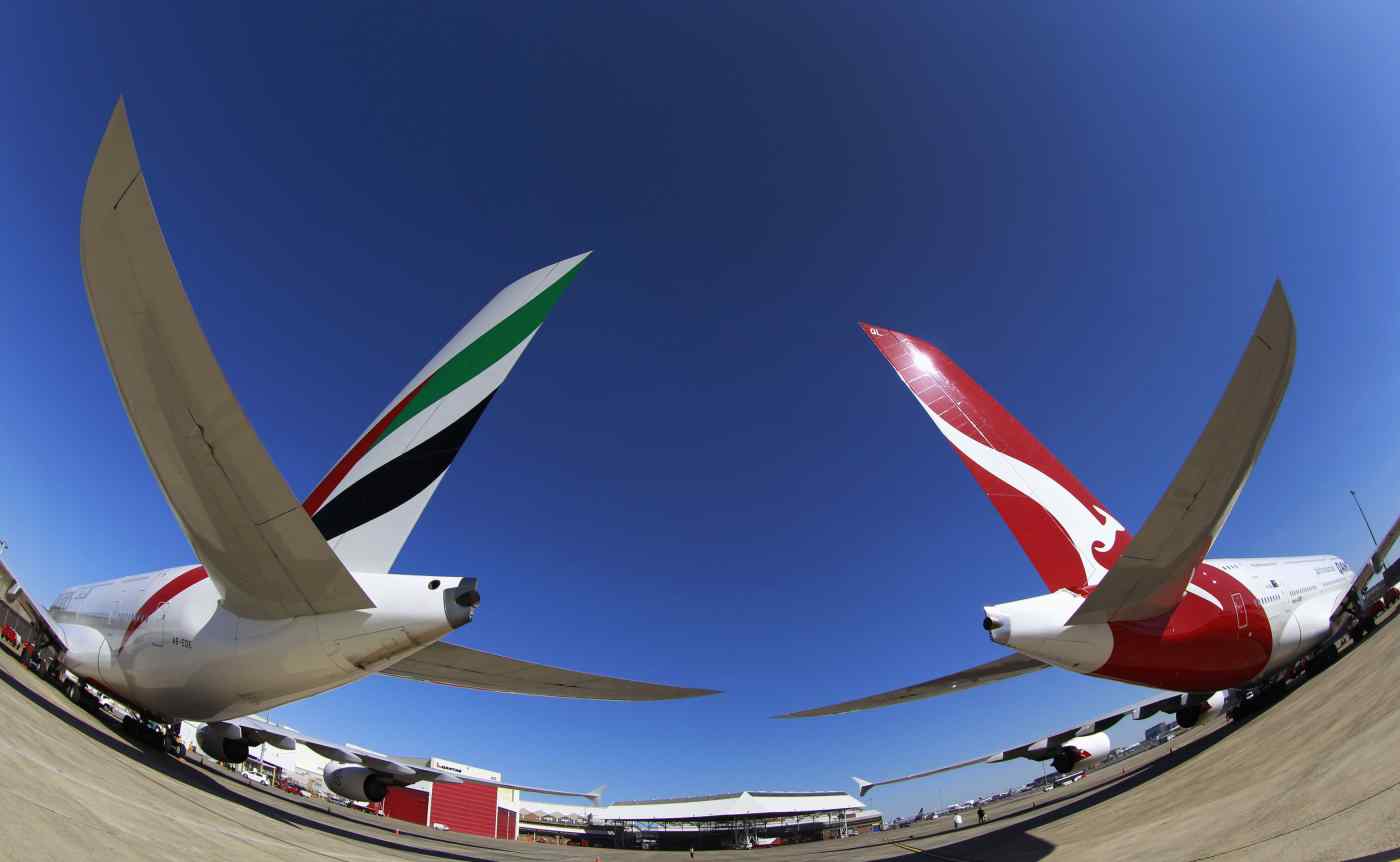 SYDNEY -- Australian flag carrier Qantas Airways appears bound for a record profit in the year ending this month, having pulled up from steep losses four years earlier through a partnership with Dubai-based Emirates that helped make tough international routes profitable.

The two airlines will continue to threaten Asian rivals, as their partnership was renewed for another five years in March.The partnership includes integrated network collaboration with coordinated pricing, sales and scheduling, as well as a benefit-sharing model.

“The evolution of our partnership reflects changes in customer demand and will allow us to leverage the latest aircraft technology and maximize new routes," Qantas International CEO Alison Webster said at the time, welcoming the extension's approval by the Australian Competition and Consumer Commission.

Emirates played a key role in reviving the kangaroo-branded airline, whose legendarily crowded Australia-U.K. routes were particularly burdensome. Given the extreme distance between the two countries, flights needed a place to stop along the way for refueling or transfers. That is where Emirates came into the picture: Adopting Dubai as the stopover point offered Qantas inroads not only among passengers bound for Europe, but also among those headed for Africa and the Middle East.

Qantas originally partnered on the route with U.K. flag carrier British Airways through the Oneworld airline alliance. But the pair parted ways in March 2013, and Qantas shook the industry by forming a partnership with the rising Emirates.

The U.K.-Australia stopover shifted from Singapore to Dubai, where Emirates offers flights to Australian hubs including Sydney, Melbourne, Perth, Brisbane and Adelaide. Qantas then scaled back U.K. flights as fuel prices piled up and Middle Eastern competitors like Qatar Airways and Etihad Airways increased routes to Australia. In this current fiscal year, Australia-U.K. routes are expected to make up just 13% of Qantas' international flights, down from 28% in the year ended June 2012. Qantas instead is increasing self-operated flights to destinations in China and Southeast Asia under a goal to "grow with Asia," in the words of Alan Joyce, the company's CEO since 2008. Routes to the continent contribute about 40% of the airline's international flights, compared with 30% in 2012.

Qantas aims to entrust Emirates with its risky Europe-via-Dubai routes, while shifting its own resources toward the high-growth eastern continent. The airline's earnings before interest and taxes on international routes reached 327 million Australian dollars ($248 million) in the year through June 2017, up from a loss of AU$497 million three years earlier, going strong even amid high fuel prices. 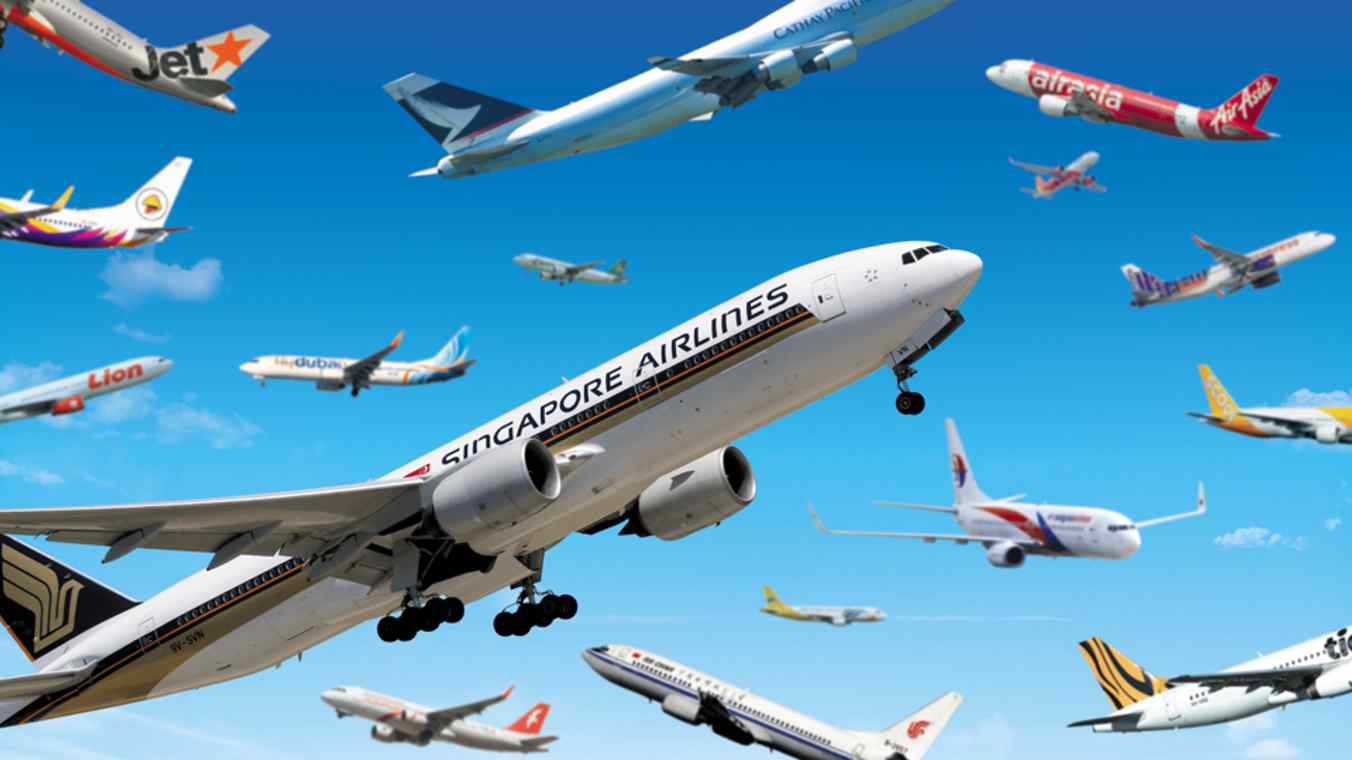 The Australian carrier is "on track to deliver another record full-year result even though we're facing a AU$200 million increase in our total fuel bill" in fiscal 2018, Joyce said.

Besides its many benefits to Qantas, the Emirates partnership puts many of the Dubai-based airline's competitors in a bind as well. Singapore Airlines and Hong Kong's Cathay Pacific Airways are likely the Asian rivals impacted by Emirates' rise. 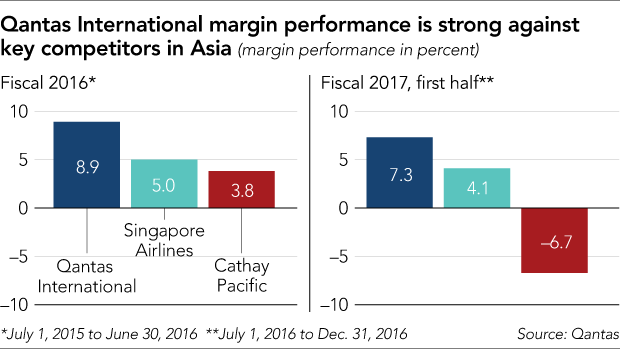 Singapore's Changi Airport and Hong Kong International Airport once were effectively unchallenged as transfer hubs for flights headed to Europe, the Middle East and Africa from places like East Asia and Australia. But Dubai International Airport's profile has grown steadily on that front since around 2000. The city in the United Arab Emirates began drawing people with its convenient location -- eight hours by plane at most from two-thirds of the world's biggest cities -- and its access to the flights and services using Emirates' most cutting-edge craft.

As Dubai became a formidable opponent, the operating income margin for Singapore Airlines shrank to single digits. Cathay has faced net losses for the past two fiscal years. Qantas enjoys a distinct lead in operating margin on international flights.

The partners are expanding their offensive. Qantas brought Singapore back into the mix, using it as a stopover between Sydney and London as of March 25. The use of Changi as a European travel hub alongside Dubai appears aimed at capturing Asian customers. Qantas also will code-share with Emirates on some New Zealand routes, on which it is increasing flights.

"Emirates has given Qantas customers an unbeatable network into Europe that is still growing," Joyce said. "We want to keep leveraging this strength and offer additional travel options on Qantas, particularly through Asia."