TAIPEI -- Taiwan's Quanta Computer will expand its assembly lines for data center servers in both the U.S. and Europe next year to meet robust demand, a senior company executive said Friday. 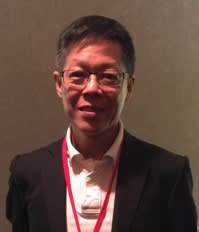 Mike Yang, Quanta's senior vice president and chief of the company's cloud business, said all data centers in the future will include AI features.

"We will continue to expand our U.S. sites next year and we plan to triple our capacity in a new facility near our previous plant in the western German city of Aachen," Mike Yang, senior vice president of Quanta, told reporters on the sidelines of a tech forum in Taipei.

He added that Quanta's cloud business will continue to enjoy double-digit growth in 2018, and the most important growth drivers for the next year are coming from smaller internet companies and telecom operators.

Companies like Google and Facebook usually build several data centers in various parts of the world to better serve their customers.

Quanta is the world's largest contract notebook computer manufacturer and a major Macbook maker. It has been aggressively building up its own-brand data center server business over the past few years by setting up a division known as Quanta Cloud Technology.

QCT has snatched substantial market share from traditional branded server makers such as HP and Dell in the past few years by selling directly to major internet companies such as Google, Amazon, Facebook and others, according to analysts.

While Quanta does not disclose exactly how much QCT contributes to its overall revenue, it is understood to be less than 20%, though company officials have said servers are Quanta's fastest-growing business.

The direct-sales data center servers by shipment have already reached 25% of market share in the third quarter of 2017, according to research company IDC, up from only 19.2% a year ago.

HP and Dell, the world's top two server makers, each control some 18% of market share for the July-September period.

Meanwhile, Yang noted that Intel may not be able to continue its dominance in the server chip market in the future as rivals including Nvidia and Xilinx and even cloud service providers such as Google and Amazon are all creating their own chips to handle AI-related technologies such as facial and voice recognition.

Intel now controls a share of some 98% of the server chip market.

"From our perspective, it's still not very clear who can dominate the chip business in the AI era. ... That market looks very diversified currently and Intel is not necessarily the only solution," Yang said.