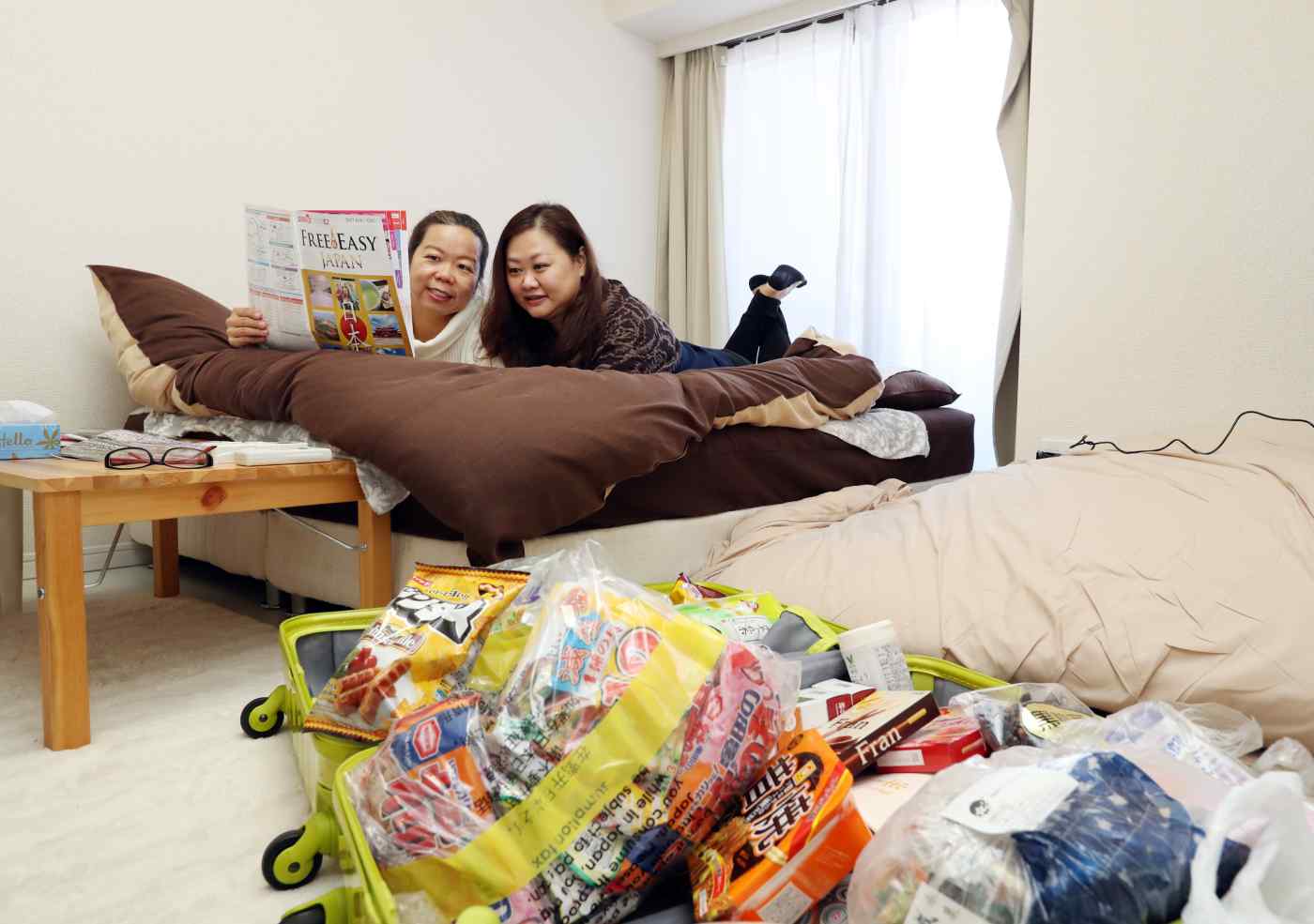 E-commerce giant Rakuten is one of the first wave of Japanese businesses to expand into the home-sharing business following recent deregulation.
June 23, 2017 06:48 JST | Japan
CopyCopied

TOKYO -- With Japan passing a new law that legalizes home-sharing, Rakuten and KDDI are among a host of companies entering a business that is rich with growth potential.

On June 9, the Diet passed a home-sharing law that allows private homes to be rented as lodging facilities. Under the new law, expected to take effect as early as January, anyone will be allowed to get into the business, known as minpaku in Japan, as long as the homeowner files the necessary papers with the prefectural government and the brokerage registers with the Japan Tourism Agency.

E-commerce giant Rakuten on Thursday said it will launch a brokerage operation in collaboration with Lifull, which runs the real estate information website Home's. The partners hope to make properties in the Home's database available for home-sharing. The pair have created a joint venture.

The business will target the 90 million Rakuten members worldwide, as well as cultivate new customers via the e-commerce company's business partners. The joint venture is also expected to help homeowners manage their registered properties. In addition, it may employ crowd funding for renovations.

The site currently lists many Western- and Japanese-style hotels with a nightly price of around 80,000 yen ($718) for two guests. Foreigners account for about 15% of the users. The private homes added to the site will also carry a relatively high price of around 10,000 yen and up per night.

Under existing rules, home-sharing has been allowed only within special economic zones and under various restrictions. Airbnb of the U.S. dominates the market, but newcomers are looking to catch up by capitalizing on their advantage -- sizable existing customer bases from their other operations. Japan is lagging behind other countries in the newly emerging sharing economy, so the growth potential is that much larger.

Leopalace21, which develops and manages rental properties, hotels and resort facilities, is also considering a foray into home-sharing. The company believes that its Leo Lock system, which can be locked and unlocked with a smartphone, will be a useful asset for its expansion into the new business.

In addition to the high-tech lock, which will be a standard feature of its new properties, Leoplace21 has a call center for foreign tenants who speak English, Korean, Chinese and other languages. The company may use this in its home-sharing business as well.

As Japan gears up for the 2020 Tokyo Olympics and other key events, international travelers are expected to keep pouring into the country. Even now, hotels get booked up during busy periods, while many private homes sit vacant.

The Japanese market for home-sharing is expected to be worth 200 billion yen in 2020, up 140% from the amount projected for 2017, according to data analysis company Metaps.

More than 90% of the customers are foreigners at present -- highlighting ample room for a rise in Japanese users. Hopes are growing that the business will help drive economic growth in Japan.

Airbnb has 52,000 registered properties in Japan. Chinese competitor Tujia has created a Japanese unit and is offering a home-sharing service to Chinese tourists in their native tongue.

Some say that rules about trash sorting and noise control need to be beefed up to protect neighbors, and that more deregulation is necessary for home-sharing to fully take off. The new law limits home-sharing to 180 days a year, so there are concerns that companies may hesitate to enter the business out of concern they won't be able to make enough money.

"I hope the time will come for the government to reconsider the rules if inbound tourists continue to increase," Liful President Takashi Inoue said.