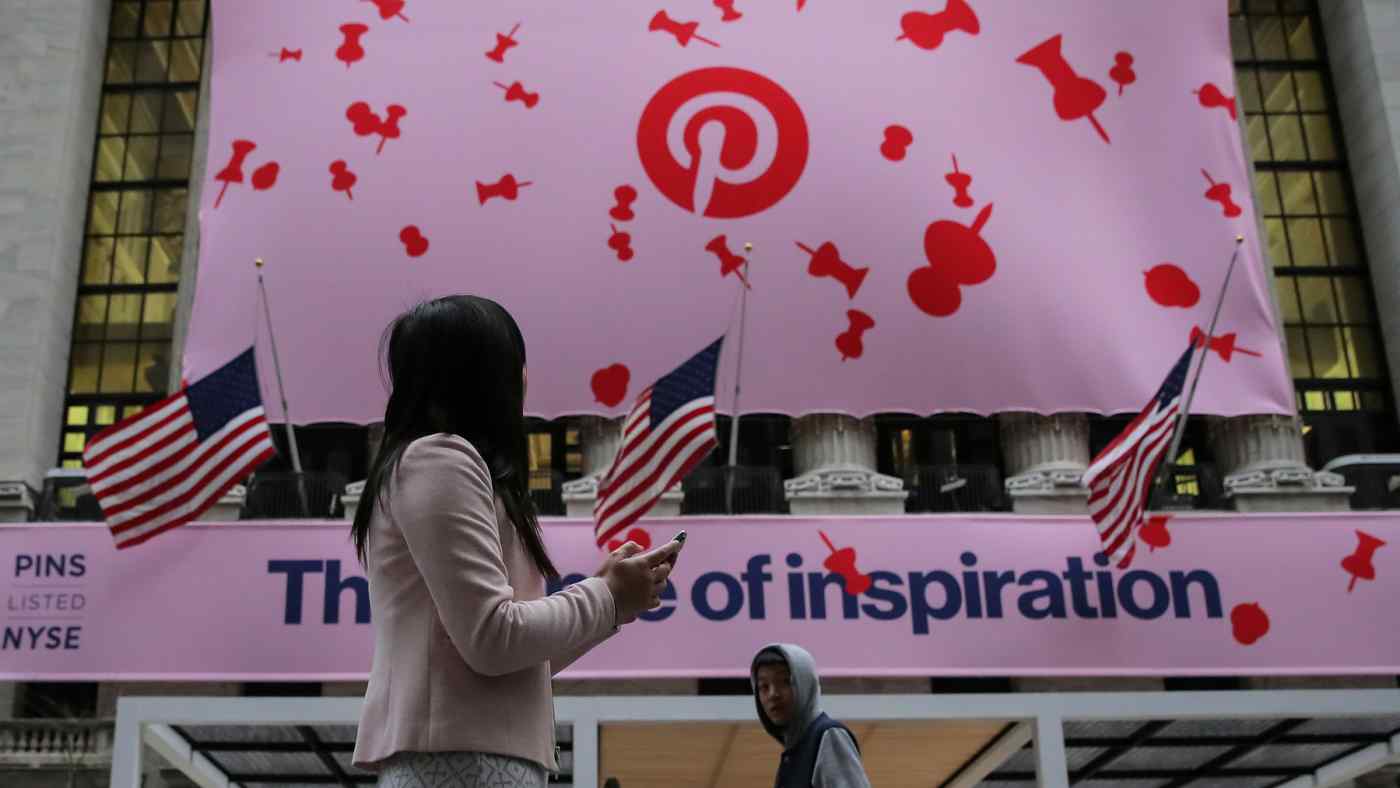 A woman uses her phone as a banner celebrating the IPO of Pinterest hangs on the front of the New York Stock Exchange in April 2019.   © Reuters
WATARU SUZUKI, Nikkei staff writerFebruary 14, 2020 01:33 JST | Japan
CopyCopied

TOKYO -- Japanese e-commerce conglomerate Rakuten on Thursday said it sold $1.4 billion worth of shares in its technology holdings, including its entire stake in U.S. social networking service Pinterest, underlying growing concerns about overvaluations in the sector.

The move came as Rakuten reported an operating loss of 40 billion yen ($364 million) in the October-December quarter. Profits at its financial technology business were offset by impairments in its ride-hailing investments including Spain's Cabify.