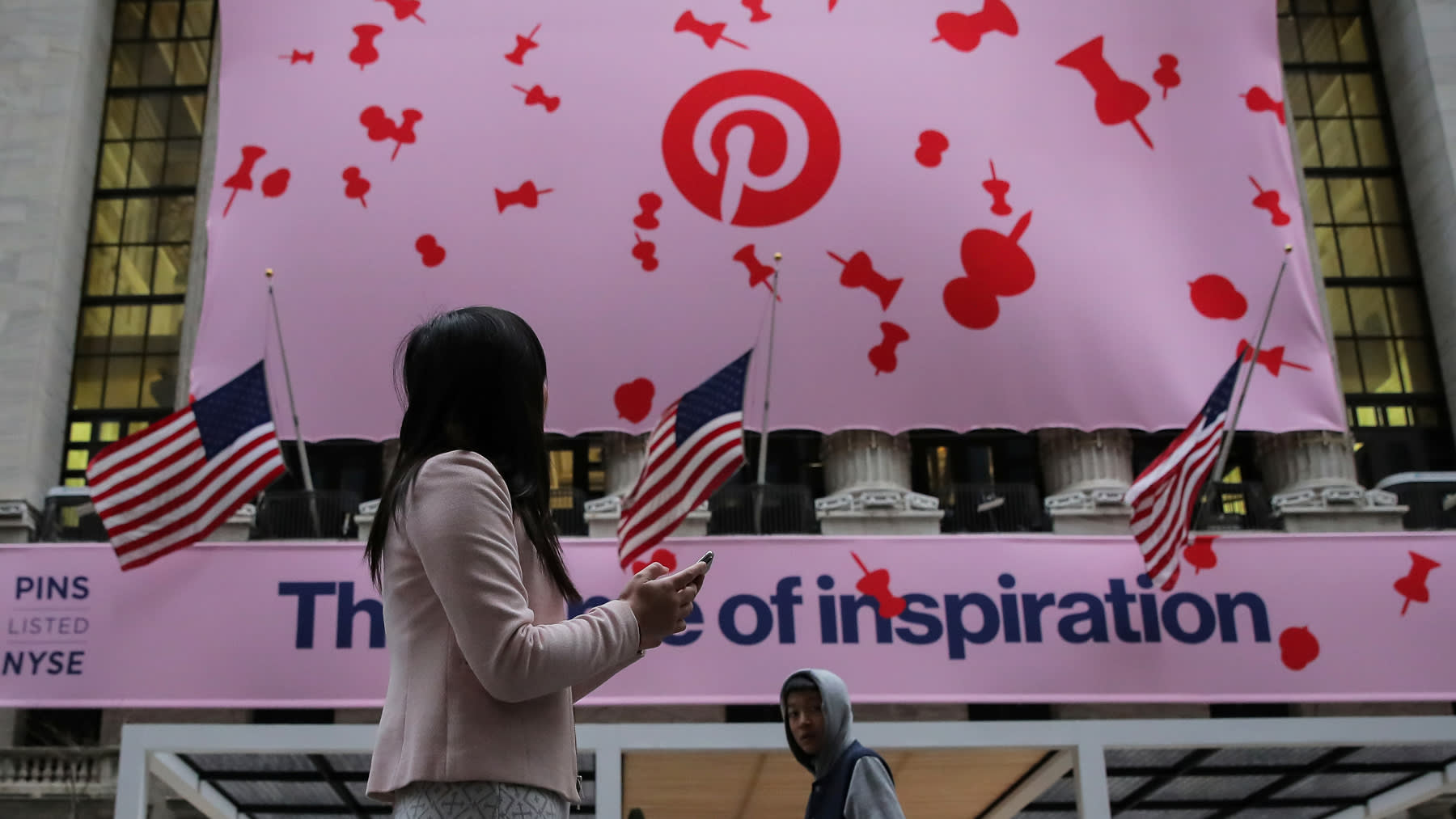 A woman uses her phone as a banner celebrating the IPO of Pinterest hangs on the front of the New York Stock Exchange in April 2019.   © Reuters
WATARU SUZUKI, Nikkei staff writerFebruary 14, 2020 01:33 JST | Japan
CopyCopied

TOKYO -- Japanese e-commerce conglomerate Rakuten on Thursday said it sold $1.4 billion worth of shares in its technology holdings, including its entire stake in U.S. social networking service Pinterest, underlying growing concerns about overvaluations in the sector.

The move came as Rakuten reported an operating loss of 40 billion yen ($364 million) in the October-December quarter. Profits at its financial technology business were offset by impairments in its ride-hailing investments including Spain's Cabify.

The loss at Rakuten, which follows a 103 billion yen write-down of the company's stake in U.S. ride-hailer Lyft during the previous quarter, highlights the widespread impact of cooling tech valuations.

SoftBank Group on Wednesday reported another loss at its Vision Fund investment business, which bought stakes in some of the world's biggest privately held tech companies. Its CEO, Masayoshi Son, said he is pushing back plans for a $108 billion Vision Fund 2.

Rakuten said it unloaded the interest in Pinterest in the fourth quarter. Pinterest, which went public in April last year, saw its shares slide at the end of last year although they recovered over the past few weeks. Since Rakuten was an early investor, it said its return on investment was 382%. 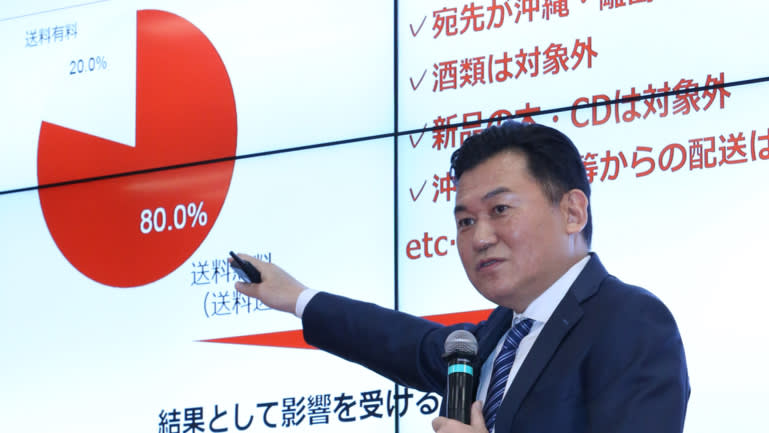 Rakuten Chairman and CEO Hiroshi Mikitani speaks at a news conference in Tokyo on Feb. 13. (Photo by Kei Higuchi)

Rakuten also sold part of its holdings in Middle Eastern ride-hailing company Careem, which was recently acquired by U.S. peer Uber Technologies. Profits from the sale of Careem, as well as a Rakuten subsidiary called Overdrive, will be booked in the first quarter of 2020.

"It is time to monetize our investments," Rakuten CFO Kenji Hirose said in an analyst presentation. He said the proceeds will generally be spent on Rakuten's operations and not its investment business.

Hiroshi Mikitani, Rakuten's billionaire founder, had been making tech investments to fulfill his ambition oft creating a global tech juggernaut. But the exits signal a shift toward domestic businesses, where the group is investing heavily in logistics to rival Amazon and in its new mobile network service.

Mikitani said he was planning to make a major announcement regarding Rakuten's mobile business during Mobile World Congress, which was canceled because of coronavirus fears.