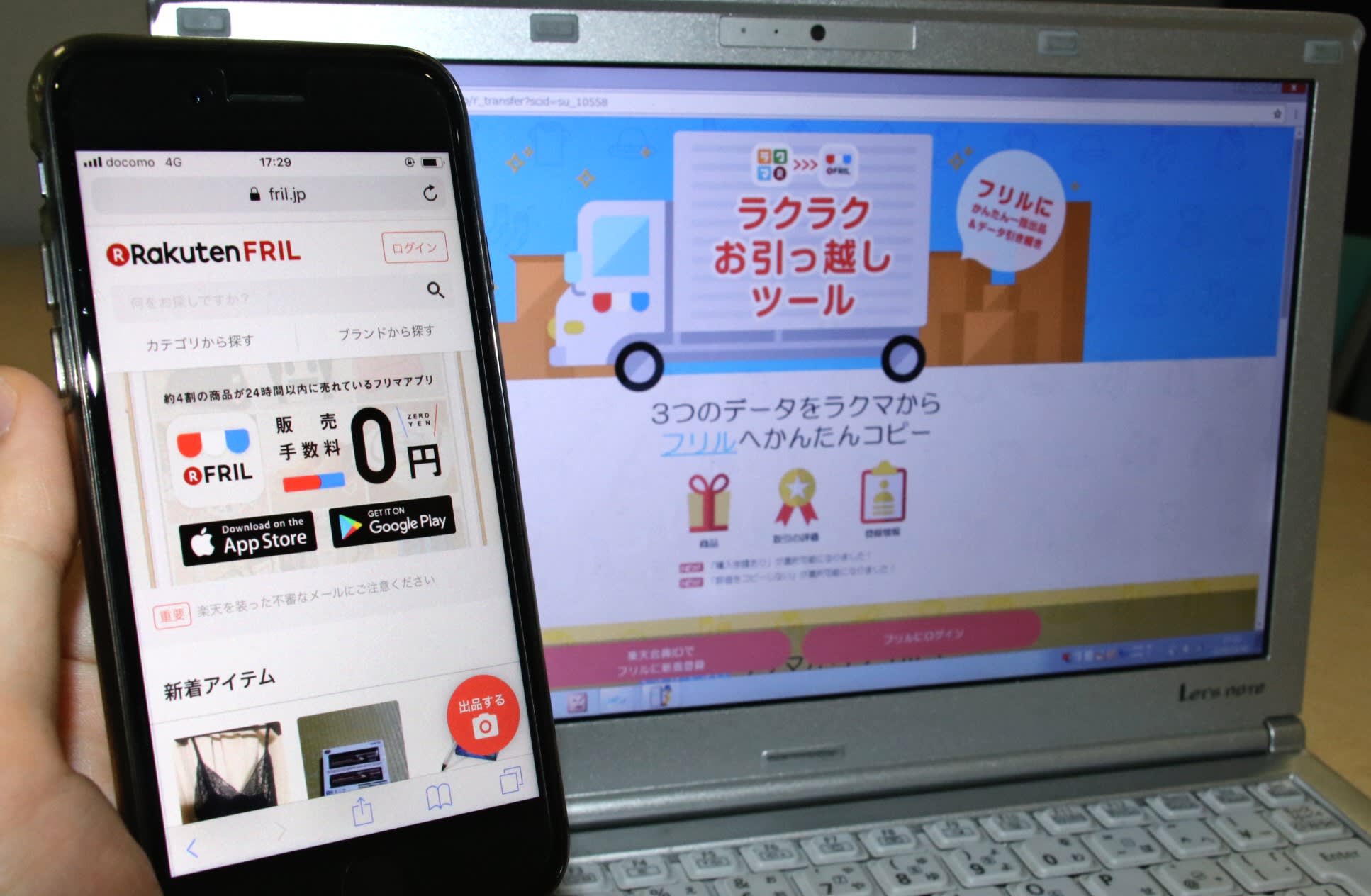 TOKYO -- Japan's largest online retailer Rakuten is combining two flea-market services under its umbrella into a single app in pursuit of a larger share of a market dominated by compatriot Mercari.

Rakuten launched the Rakuma consumer-to-consumer marketplace app in 2014, which was followed by the 2016 acquisition of Fablic, the Tokyo startup behind rival app Fril. Under the new structure, Fril will compete as a single entity by absorbing Rakuma's user base and data, and eventually operate under the Rakuma name.

Rakuma in its current form will cease accepting new product listings by the spring. The app will gradually deactivate features until it shutters its services altogether in 2019, according to Rakuten.

Fril charges no fees from sellers as part of its strategy to capture new users. The free service is expected to continue for some time after the integration. Meanwhile, Rakuten will be searching for a revised revenue model.

Mercari is the leader in Japan among app-based bazaars, followed by second-ranked Fril and No. 3 Rakuma. Fril and Rakuma see roughly 10 billion yen ($91.6 million) worth of items distributed each month. Mercari topped that threshold in the latter part of 2016, and reached a download count in Japan of 60 million at the end of last year. Its transaction volume for recent months has not been made public.

"We project annual merchandise sales [for the flea market apps] will reach around 200 billion yen a year in the middle of 2018," said Rakuten President Hiroshi Mikitani. The consolidation of the apps will also streamline plans to tie in other services, such as its core Rakuten Ichiba e-commerce platform.

Flea market apps started taking off around 2012 in Japan, according to Japan's Ministry of Economy, Trade and Industry. As smartphones continued to penetrate, the sector kept expanding into a market of about 300 billion yen in 2016. Because of the ease of direct transaction of used goods on these platforms, the apps are expected to grow further in popularity.