Tsunakawa once beat back a possible delisting, and now a fresh crisis awaits 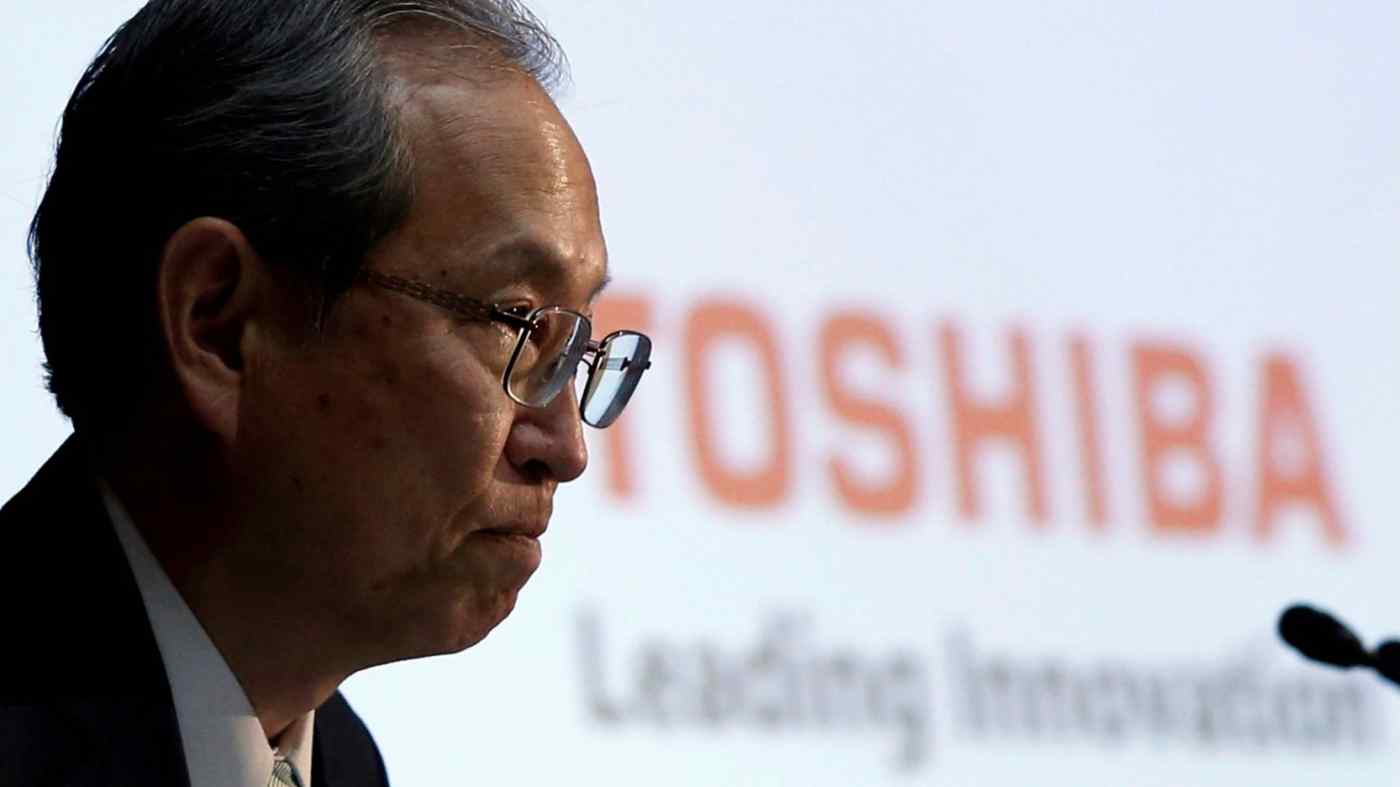 TOKYO -- After years of friction with activist investors over corporate governance and the company's vision for growth, Toshiba is attempting a reboot as its former President and CEO Satoshi Tsunakawa once again takes the reins of the company and grapples with a potential buyout by U.K.-based CVC Capital Partners.

Tsunakawa will seek to make peace with the activist shareholders, but Toshiba still faces the same big challenge as under former CEO Nobuaki Kurumatani: how to satisfy shareholders' push for greater returns while investing in new business fields to drive future growth.

The Japanese industrial group said Wednesday that Kurumatani had resigned as president and CEO. He was replaced by Tsunakawa, who had served as CEO from 2016 to 2018.

"Tsunakawa? Well, that's fine, he's better than Kurumatani," one activist shareholder was heard to have muttered.

"We hope to continue communicating with activist investors and build a positive relationship," he said.

Roughly 60 activist investors and other overseas funds took a stake in Toshiba in 2017, when the company under Tsunakawa's leadership raised 600 billion yen ($5.5 billion at current rates) to avoid ending a second straight year in negative net worth and being delisted from the Tokyo Stock Exchange. These funds now control over 20% of Toshiba shares.

While Tsunakawa took Toshiba back from the brink, Kurumatai was tasked with leading the company back to growth.

During his tenure, Kurumatani pursued sweeping changes to bolster Toshiba's earning power. The company is expected to log 110 billion yen in operating profit for the year ended last month -- a roughly 210% increase from the year ended March 2019, shortly after Kurumatani became CEO.

But Kurumatani often clashed with the activists, not only over Toshiba's shortcomings on corporate governance but also over capital spending. Approval for the executive had sunk to 57% at the general shareholders meeting last year.

Now Tsunakawa finds himself once again at the helm of the company in the midst of a crisis.

Toshiba aims to achieve 400 billion yen in operating profit by fiscal 2025 through changes such as expanding its infrastructure business. The company in November announced a new capital plan for the five years through fiscal 2025. It included roughly 1 trillion yen for "strategic investments" like share buybacks and investments in growth areas, intended to fund acquisitions to bolster Toshiba's infrastructure services.

U.S.-based Farallon Capital Management opposed the plan, calling it a departure from Toshiba's previous capital commitments. Farallon pushed to amend Toshiba's articles of incorporation to require shareholder approval for any changes to capital policy. The proposal was voted down at the annual general meeting in March, but still received about 39% of shareholder votes. Placing too much emphasis on shareholder returns can hinder a company's ability to invest for the future. Toshiba is no exception in navigating this delicate balance.

Like Kurumatani, Tsunakawa appears to consider shareholder returns a priority. Toshiba plans to sell down its roughly 40% stake in chipmaking unit Kioxia Holdings, formerly known as Toshiba Memory Holdings, and return most of the proceeds to shareholders.

"Our fundamental stance on Kioxia has not changed," Tsunakawa said Wednesday.

But he appears to be reassessing Toshiba's investment plans. The company regards renewable energy as a pillar for future growth and aims to invest 160 billion yen into the field by fiscal 2022.

"Toshiba has a technological responsibility to help Japan achieve carbon neutrality," Tsunakawa said, referring to the government's goal of reaching net-zero greenhouse gas emissions nationwide by 2050. "We will reevaluate our investments to see if it's enough to get to that level."

Quantum key distribution, a highly secure telecommunications method that employs photons, is another growth area listed in Toshiba's medium-term plan. Toshiba is one of a few companies worldwide that can make the key encryption equipment.

Toshiba obtained 104 QKD-related patents by 2020, more than any other company globally, according to data analytics platform Valuenex. It commercialized the technology in fiscal 2020, but must continue investing to make inroads in the field.

Tsunakawa needs to deliver results quickly. Osamu Nagasawa, who chairs the board of directors, expressed reservations Wednesday over CVC's initial offer of 5,000 yen a share, which he said was "not good, even for an initial offer." But the proposal from the equity firm puts pressure on Toshiba's leadership to lift share prices above that threshold.

Tsunakawa became Toshiba president in 2016, the year after the company was embroiled in a major accounting scandal. Despite his efforts to put the company back on track, Toshiba suffered massive losses in U.S. nuclear power operations in 2017. He considered spinning off Toshiba's memory chip operations amid these setbacks, but his stance shifted multiple times during negotiations with business partners and investment funds, which some saw as flexibility but others regarded as indecision.

He now must navigate Toshiba's turbulent relationship with activist investors -- a task his predecessor struggled with, and one that likely will test his ability to both compromise and make difficult decisions.