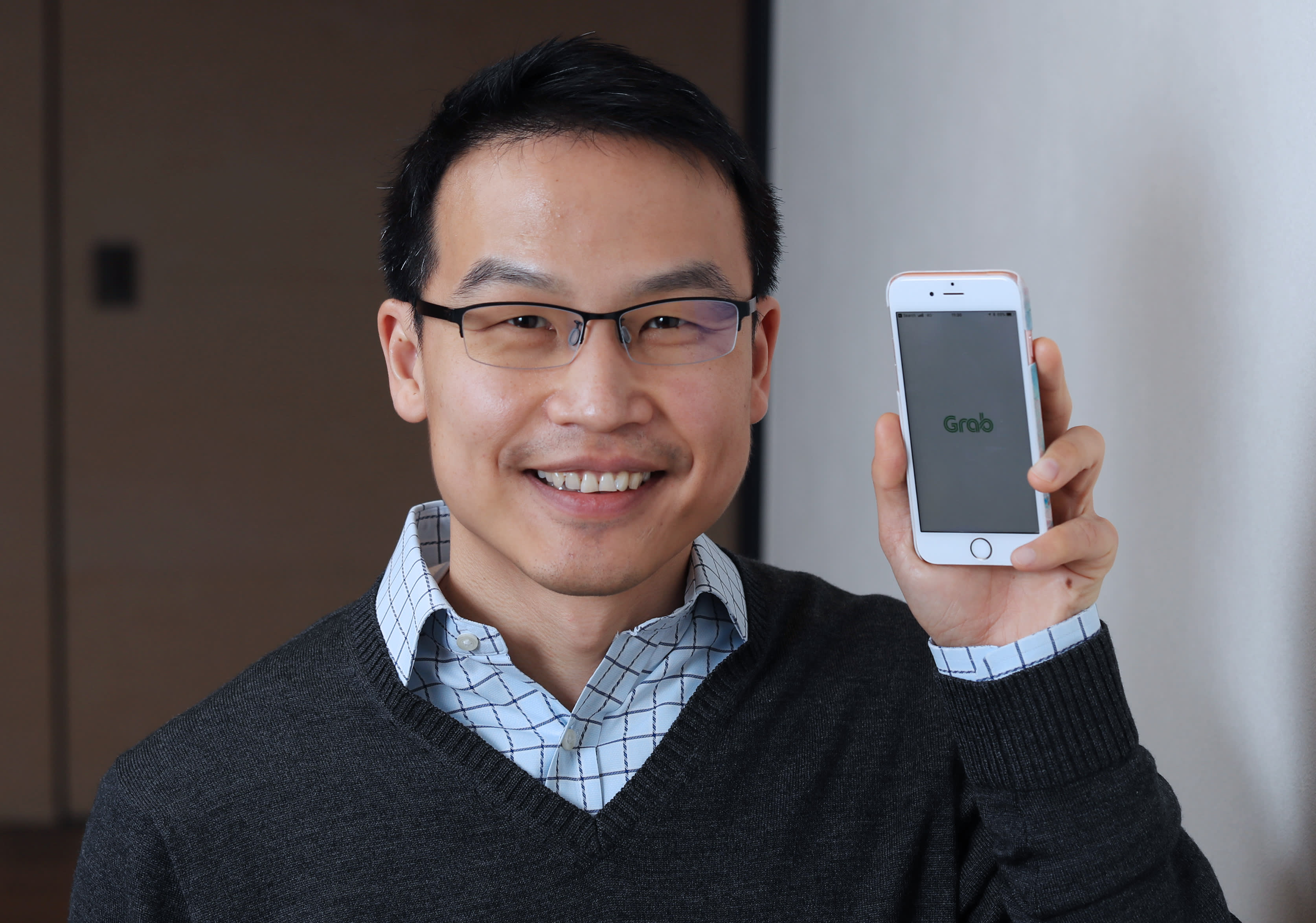 In an interview with Nikkei Asian Review in Tokyo, Grab President Ming Maa said the company wants to commercialize its robo-taxi service "definitely earlier" than 2022, when the French automaker Renault is expected to launch a similar service. "It will be earlier than consumers expect," said Maa.

Operational in eight countries in Southeast Asia, Grab is the largest ride-hailing service in Southeast Asia and the third-largest in the world after its Chinese peer Didi Chuxing and U.S.-based Uber Technologies, according to Maa.

Singapore is the likeliest place for Grab to launch the new service. Maa said the Singapore government is the "most progressive in supporting autonomous vehicles" and has been quick at making regulatory changes to allow for new technologies.

Operating autonomous taxi services is one step toward offering an integrated transportation platform, Maa said. Grab wants to offer rides on anything from taxis and motorbikes to shuttle buses and shared cabs so that it can reach areas where the roads are poor and infrastructure underdeveloped. "Autonomous vehicles can connect the passengers that live in remote locations [where] public transportation is somewhat limited," said Maa.

Grab's trove of big data on transportation patterns is a critical component in making autonomous driving possible in Southeast Asia. The company has partnered with autonomous driving technology companies, including Singapore and Boston-based tech startup nuTonomy which is aiming to launch autonomous taxis by year-end, according to reports.

Grab's other partners include automakers such as Toyota Motor, Honda Motor and Hyundai Motor. Maa said Grab hopes to expand alliances with more automakers to design cars best suited for taxis and private car-hailing services in local markets. The company has been in a fierce competition with Uber, which has been aggressively expanding in Southeast Asia and where it has come into conflict with local authorities.

But change is afoot. Japan's SoftBank Group, a major shareholder of Grab, recently invested in Uber and has reportedly told the U.S. company to shift its focus back to its core market of America and Europe. It has also been reported that Grab was eyeing Uber's Southeast Asian business. While Maa kept mum on these media reports, he did not deny the possibility of the acquisition in the industry he described as a "winner-takes-all market." "We have always believed ride-sharing is a 'hyper-local' business," said Maa. "If you look at the history, Didi acquired [Chinese business of] Uber, Yandex acquired [Russian business of] Uber. I think that gives us confidence that hyper-local companies will always win." According to Maa, Grab now has almost three times the market share of Uber in Southeast Asia.

Maa said the culture of Uber has changed since its new Chief Executive Dara Khosrowshahi took the helm last year to replace his controversial predecessor and company co-founder Travis Kalanick. According to reports, Khosrowshahi said Uber's core ride-sharing business can be profitable within three years, but disagrees with the idea of limiting the company to its core markets and instead wants to expand.

Uber's strategy to implant its original model of converting private car-owners into drivers in regions outside the U.S. is also in contrast with Grab, which started as an app for taxi drivers aimed at improving the efficiency and quality of existing services and ensuring stable income for drivers. "You cannot take the solution and copy to every country. It has to be customized," said Maa. This strategic difference could be a roadblock to the potential acquisition deal.

On expansion plans, Maa said he hopes the company will enter up to 70 more cities in Southeast Asia this year, increasing the count to 250 by the end of 2018. Plans to launch operations in Brunei and Laos -- the only two Southeast Asian countries Grab has yet to enter -- are also underway but Grab will not go beyond the region.

A private equity veteran who once served as a vice president of Goldman Sachs' merchant banking division, Maa joined Grab in 2016 from SoftBank after playing a key role in overseeing the Japanese company's investments in e-commerce and in Grab itself.