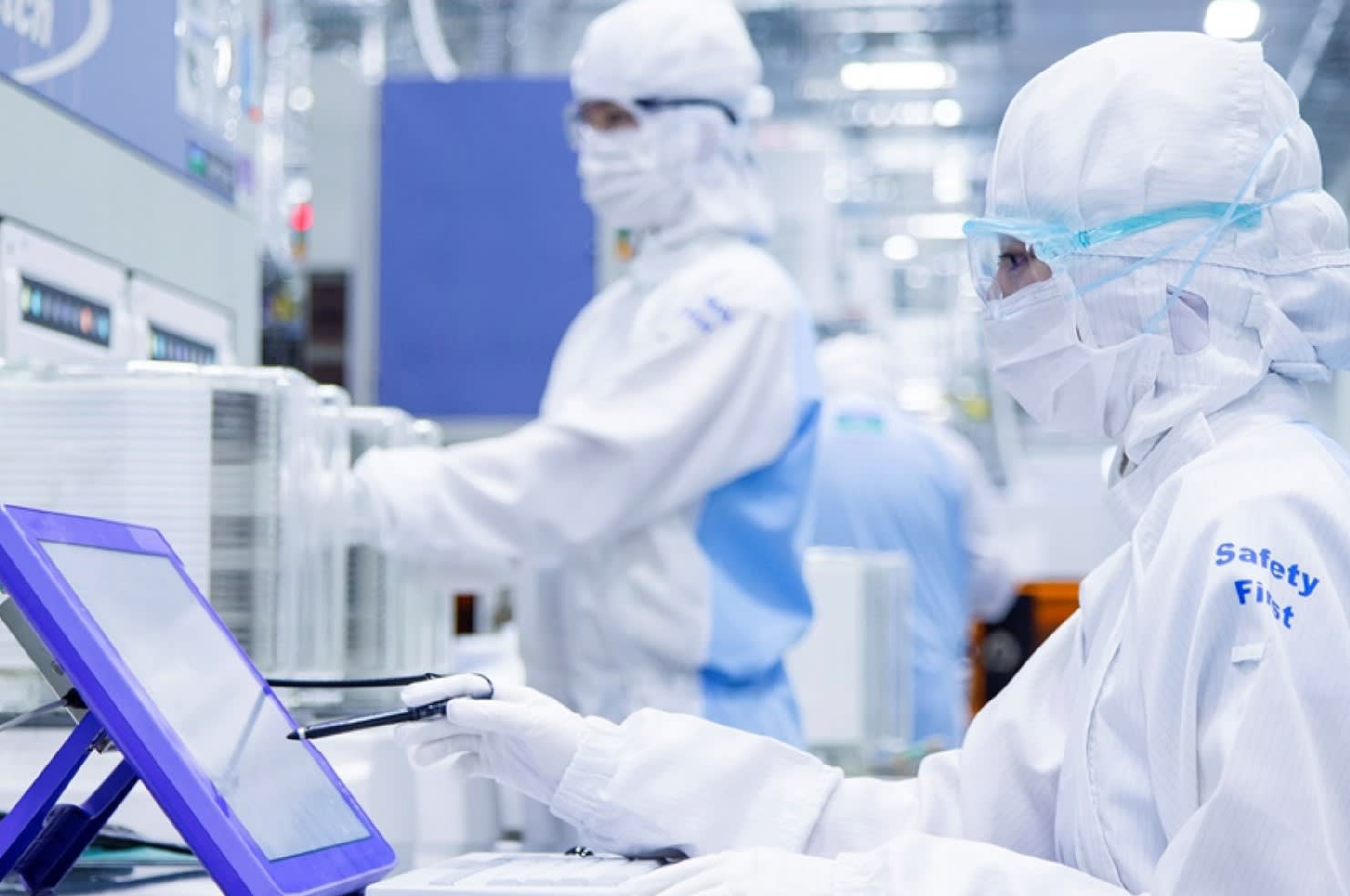 TOKYO -- The global semiconductor market may be slumping, but industry players are investing like the next boom is just around the corner.

Japan's chipmaking equipment suppliers are pursuing significant production increases. Tokyo Electron intends to double the capacity of its Miyagi plant in northern Japan by the end of March 2020, while Screen Holdings aims to boost capital spending 40% in the year through March 2019.

A slowdown in smartphone sales has hurt the market for chips, but the downturn is considered temporary. New technologies like self-driving cars and artificial intelligence are expected to generate plenty of demand for chips over the medium to long term.

Besides expanding its production lines, Tokyo Electron is building a research-and-development facility at its Miyagi plant. The company increased capital spending for the current fiscal year ending this month by 20% from the initial target, to 50 billion yen ($469 million).

Chipmakers themselves are spending more. Tetsuro Hori, Tokyo Electron's chief financial officer, said he expects the company's customers will increase capital outlays by a further 10% by the end of 2018.

Kyoto-based Screen, meanwhile, is to construct a 9 billion yen fabrication facility at its Hikone plant in Shiga Prefecture -- the company's first such addition in 12 years. Screen aims to increase its production capacity for chipmaking equipment by 50% once the new facility comes online in December.

For the year through March 2019, Screen plans to spend 20 billion yen.

Canon, too, is looking to boost its annual production capacity for semiconductor lithography systems, a type of chipmaking equipment. It is shooting for an increase of 50-100% as early as the second half of 2018; lines are to be expanded at plants including one in Utsunomiya, Tochigi Prefecture, north of Tokyo.

The Netherlands' ASML Holding controls a large share of the market for semiconductor lithography systems, but demand is growing, even for older-generation models. This is driven by the spread of the internet of things, with online connectivity being added to an ever growing range of everyday devices. Canon wants to capitalize on the trend.

Chipmakers continue to invest heavily, driven not just by demand expectations but also the need to upgrade technology.

Samsung Electronics, Intel and Taiwan Semiconductor Manufacturing Co. -- which together account for over 60% of global chipmaking equipment orders -- are poised to spend a total of more than $45 billion in 2018. That would be largely unchanged from last year and up 50% from 2016.

Samsung, the world's largest manufacturer of memory chips, is expected to spend around $24 billion, double the 2016 level. But that figure is not final and the actual tally may come in lower than last year's, Vice President Lee Myung-jin said.

Intel plans to spend $14 billion, up 10% on the year, to introduce extreme ultraviolet lithography equipment. These devices, which cost nearly $100 million apiece, will allow Intel to expand production of advanced central processing units for data centers.