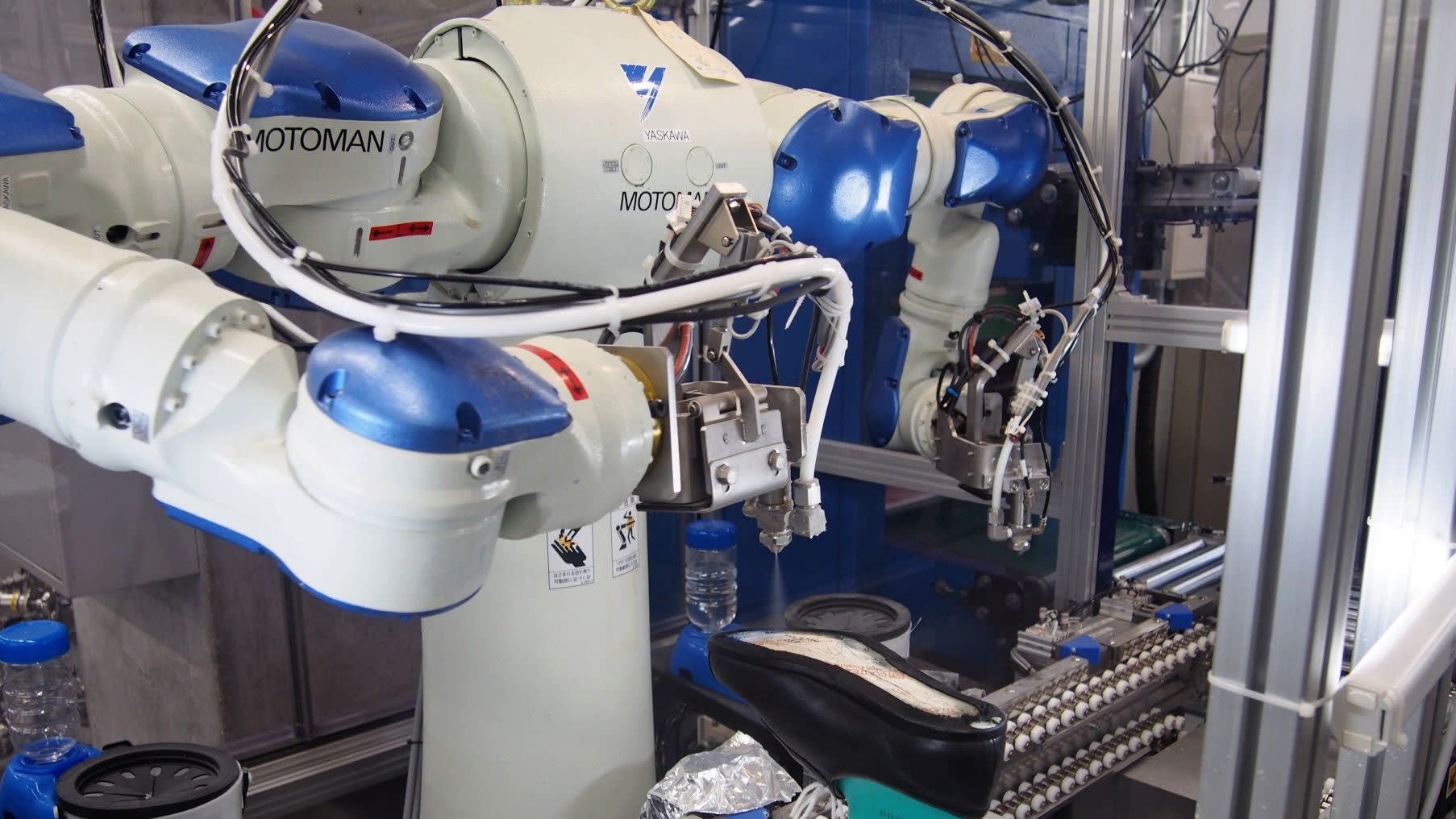 OSAKA -- Asics, the Japanese company behind Onitsuka Tiger sneakers, will introduce a host of robots to a plant in Japan so that it can swiftly respond to the latest consumer trends and put its footwear on store shelves faster.

Robots will take over a third of the production process at a factory in Tottori Prefecture next spring. They will handle the step of stitching the upper -- the part of the shoe that covers the foot -- to the sole. This will halve the number of workers required.

The Kobe-based sporting goods company did not disclose the cost of the robots and their installation.

The robots will be used for the Onitsuka Tiger line, which are popular among younger customers, and walking shoes. The company will consider automating other production steps as well, using 3D printing for molding the sole, for example.

To trim costs in labor-intensive shoemaking, Asics now handles about 40% of production in Vietnam, where wages had until recently been low. It also has factories in Indonesia and China.

But responding to quick-changing consumer tastes has been a challenge given the time it takes to ship from those countries to major markets like Japan, the U.S. and Europe. Meanwhile, Vietnam and other countries are experiencing a surge in wages amid economic growth, and also face human rights concerns like excessive hours and child labor.

Asics hopes to first build up its expertise in automation in the home market, which now accounts for less than 10% of its production, and to eventually roll out robot-powered production in the U.S. and Europe.

In embracing automation, Asics is taking cues from Nike and Adidas, the world's biggest and second-biggest sporting goods makers, respectively. Adidas operates production bases dubbed Speedfactories in the U.S. and Germany that are almost entirely automated, and offers custom-made footwear.