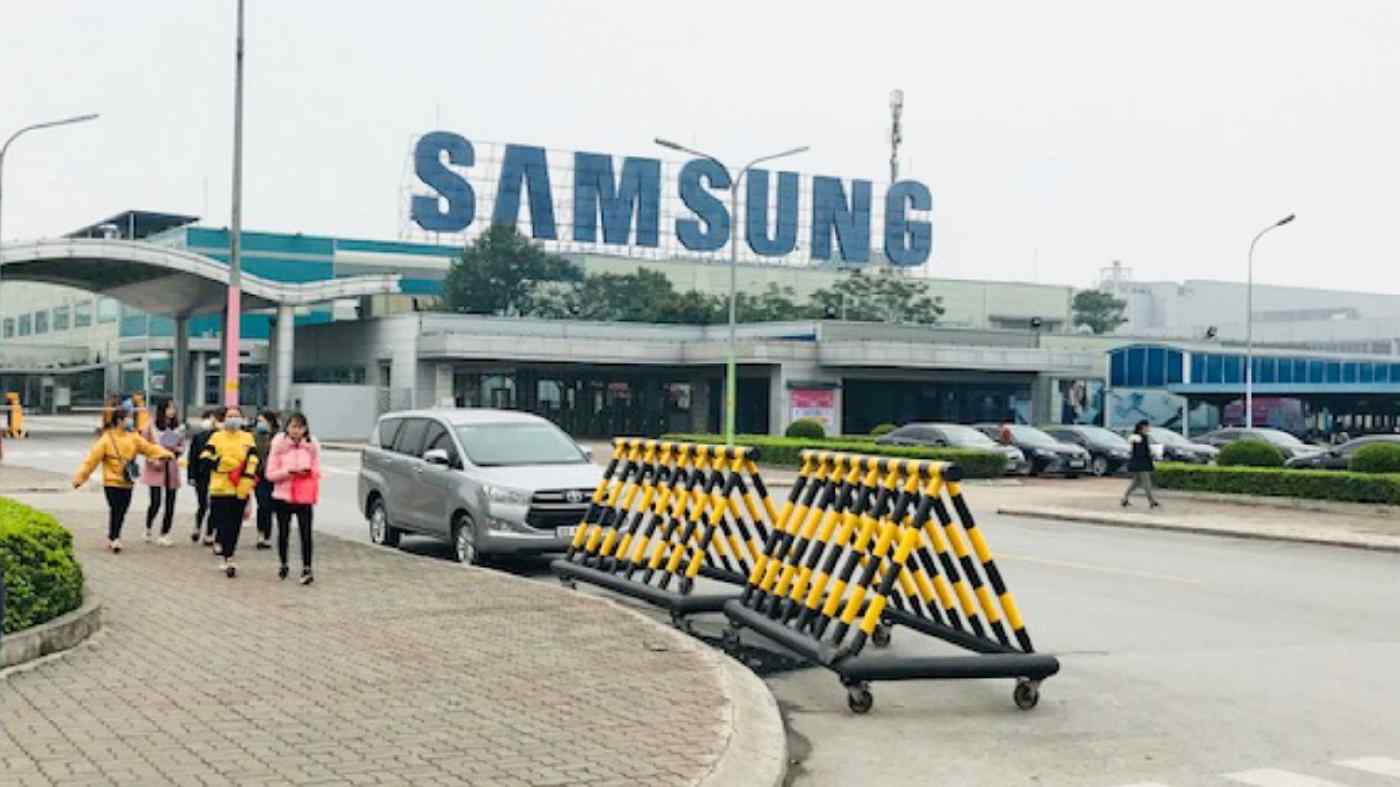 SEOUL -- Samsung Electronics has been hit hard by Vietnam's restrictions on travel from South Korea, fueling concerns that production of the latest Galaxy Note smartphones will fall behind schedule in the technology giant's biggest manufacturing hub outside its home country.

The Vietnamese government's move late last month to require a two-week quarantine for all arrivals from South Korea has prompted Seoul to mount an unprecedented campaign for exemptions so that the multinational can proceed with product launch plans.

Launching a new Samsung product requires 1,000 South Korean specialists to enter the country, said Park Noh-wan, the South Korean ambassador to Vietnam, in an unusual request via Vietnamese media March 6. Quarantining them as required would cause a significant loss, he said.

While Samsung has manufacturing bases across the globe, its smartphone facilities in Vietnam churn out roughly half the Galaxy handsets it sells worldwide. It has been ramping up investment in the Southeast Asian country, where it also makes OLED displays and home appliances. By value, Samsung accounts for a quarter of Vietnam's total exports.

But specialists working to bring an OLED production line for a new smartphone onstream were essentially barred from Vietnam, threatening on-schedule production of new Galaxy Notes due out this summer. South Korean President Moon Jae-in himself made a special request, and 182 specialists were able to enter Vietnam via charter flight without going through quarantine.

COVID-19 cases in South Korea started spiking in late February, placing the country right behind China at one point and engendering global wariness of travelers from South Korea. The number of countries and regions banning travel from South Korea doubled to 100 in just one week, according to the Ministry of Foreign Affairs. Fifteen others, including Vietnam, imposed quarantines.

Hanoi has also stopped issuing visas to travelers from South Korea, a move that a business executive called an "effective entry ban." All 436 flights a week connecting Incheon International Airport near Seoul and airports in Vietnam have been suspended.

Samsung is sounding the alarm. The new coronavirus will shrink the smartphone market this year, IT and mobile communications chief Koh Dong-jin warned shareholders at a regular meeting Wednesday. But the company will overcome the challenge by expanding market share at the high end, which lacks Chinese competition, he said.

Investors are not so sure. Eugene Investment & Securities sees this year's operating profit at 33 trillion won ($26.3 billion), a 12% downgrade from its late-January forecast. With the global economy slowing, a second-half pickup is uncertain, analyst Lee Seung-woo warned. Samsung shares slid 5.8% here Thursday, plunging 31% from the all-time high marked in late January.

Back home, Samsung repeatedly had to shut down its Gumi plant, which produces the Galaxy Z Flip folding smartphone, after workers tested positive for the virus. Concerns are growing that the company's supply of premium models will be disrupted.

As a supplier of chips and displays, Samsung is also hit by reduced output at customers -- including Apple, which supplies 1 trillion yen ($9.1 billion) in business a year. Extended curbs to production by such clients as Chinese smartphone vendors Huawei Technologies and Oppo would make Samsung's earnings even slower to recover.