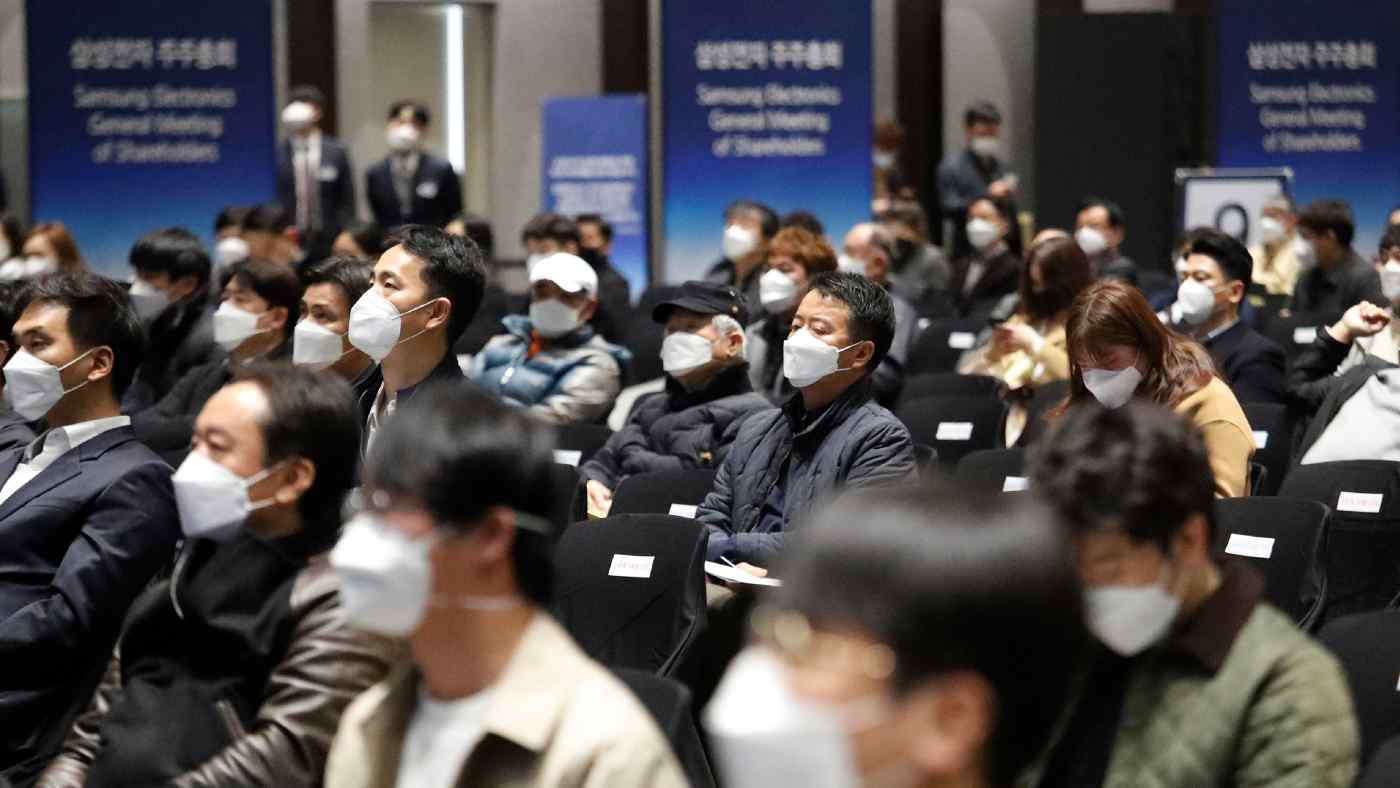 SUWON, South Korea -- Samsung Electronics said Wednesday it will stick with its aggressive investment plans despite the coronavirus outbreak, while reassuring shareholders that it can compete on both technology and image with its main rivals in chips and smartphones.

CEO Kim Ki-nam said the company has the technology to challenge Taiwan Semiconductor Manufacturing Co., which controls about half of the global chip foundry market. The foundry business refers to the production of chips designed by other companies.

"High technology will be more important in the foundry market. In that sense, Samsung's foundry has never been behind Taiwan, and in fact many customers are coming to us nowadays," Kim said at the general shareholders meeting held at a convention center in Suwon, south of Seoul. "In short, we will drastically improve Samsung's foundry business by securing leadership in next-generation process technology."

Kim did not name any of those new customers, but his comments come one month after Vice Chairman Lee Jae-yong visited Samsung's extreme ultra violet, or EUV, production lines in Hwaseong, south of Seoul. The facility became the first in the world to begin producing 7-nanometer chips in February. Samsung and TSMC are competing on manufacturing foundry chips using EUV technology.

Samsung also said that it is "learning" from Apple in the smartphone realm. The admission came after shareholder at the meeting said his child had asked him to buy an iPhone, not a Samsung device.

"I also know that Apple's smartphones are touching young people's feelings and drawing them to its products," said Koh Dong-jin, CEO in charge of the mobile business. "We should learn such a thing from a competitor."

Koh said that Samsung's new handsets are drawing attention from consumers in their 20s as the company has focused on offering them impressive experiences. Samsung has launched two types of foldable smartphones -- one that folds horizontally and the other vertically -- since last year, while Apple has not yet released any.

While Samsung is the global leader in the smartphone market, the coronavirus has disrupted its ambitions for China, where it had been hoping to expand its markets share.

Despite those headwinds, Samsung said chip demand was not dented by the outbreak, and affirmed its plan to invest 133 trillion won by 2030 in system semiconductors, as well as 13 trillion won in quantum dot displays by 2025.

"We expect uncertainties will continue at home and abroad due to the COVID-19 and the U.S.-China trade conflict," Kim Ki-nam said. "We will pursue business opportunities by investing in AI chips, foldable phones as well as system chips and QD display in any circumstances."

The venue of the shareholders meeting was moved from southern Seoul to Suwon due to coronavirus concerns. As a further precaution the company introduced online voting for shareholders, so that they did not need to physically attend the meeting.