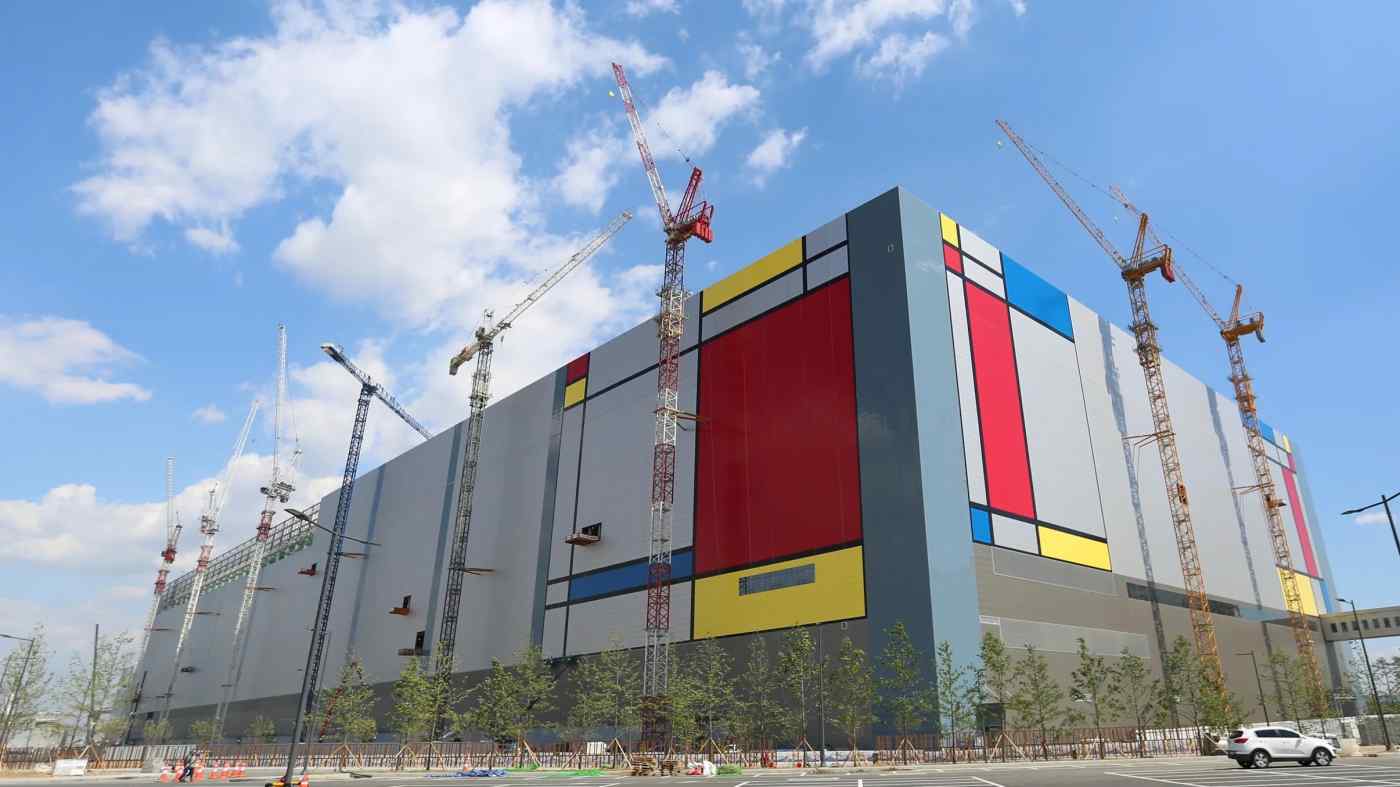 SEOUL -- Samsung Electronics is once again investing heavily into semiconductors amid signs of a possible recovery in the industry, going on the offensive ahead of its more reluctant rivals.

The world's largest semiconductor maker reported 7.7 trillion won ($6.43 billion) in operating profit for the July-September quarter. While this figure represents a 56% plunge from a year earlier, profit rose 17% from April-June.

Bullish about the future, Samsung has begun ordering new equipment for its plant in Xi'an, China. The new production line will go online as early as the spring, churning out NAND flash memory for local smartphone makers like Huawei Technologies. The investment is believed to total billions of dollars.

The company is also expanding its Pyeongtaek site near Seoul. Samsung broke ground for a second plant there in 2018, and could start ordering equipment as early as the spring.

Demand for memory chips surged about fall 2016, kicking off a two-year super cycle. But it quickly fell back afterward, leading Samsung to pare chip-related investment by 30% on a year-on-year basis.

While Samsung is getting back into the game, its competitors are slow to follow. U.S.-based Micron Technology, the third-ranking player, suffered a roughly 40% drop in operating profit from March-May to June-August.

"While the demand recovery in DRAM and NAND is encouraging, we remain mindful of ongoing macroeconomic and trade uncertainties," CEO Sanjay Mehrotra said during a Sept. 26 earnings call. Micron will reduce capital expenditures on semiconductor production by 30% for the fiscal year ending August 2020.

Analysts expect South Korea's SK Hynix to log lower profits in July-September than it did in April-June. Kioxia Holdings, formerly known as Toshiba Memory, likely suffered a loss in both quarters.

Taiwan's Nanya Technology announced Tuesday that its group operating profit for July-September plunged about 80% on the year to 2.2 billion New Taiwan dollars ($71.4 million).

Samsung offers cutting-edge NAND and DRAM chips and controls about a 40% market share in both products. This has given the company a strong position on negotiating with clients, allowing for a higher profit margin on its products compared with rivals.

But concerns over the chip segment's future remain. For one, the Japanese government enacted tougher export rules on key chipmaking materials in July. While one Samsung source says there will be "no impact in the short term," Japan has yet to approve new shipments of high-grade hydrogen fluoride, which is crucial for producing cutting-edge chips. The company could suffer long term if other manufacturers take the lead on developing and mass-producing advanced products in the meantime.