Samsung poised to cut back chip investment as market peaks

DRAM prices seen tailing off after dramatic and profitable rise 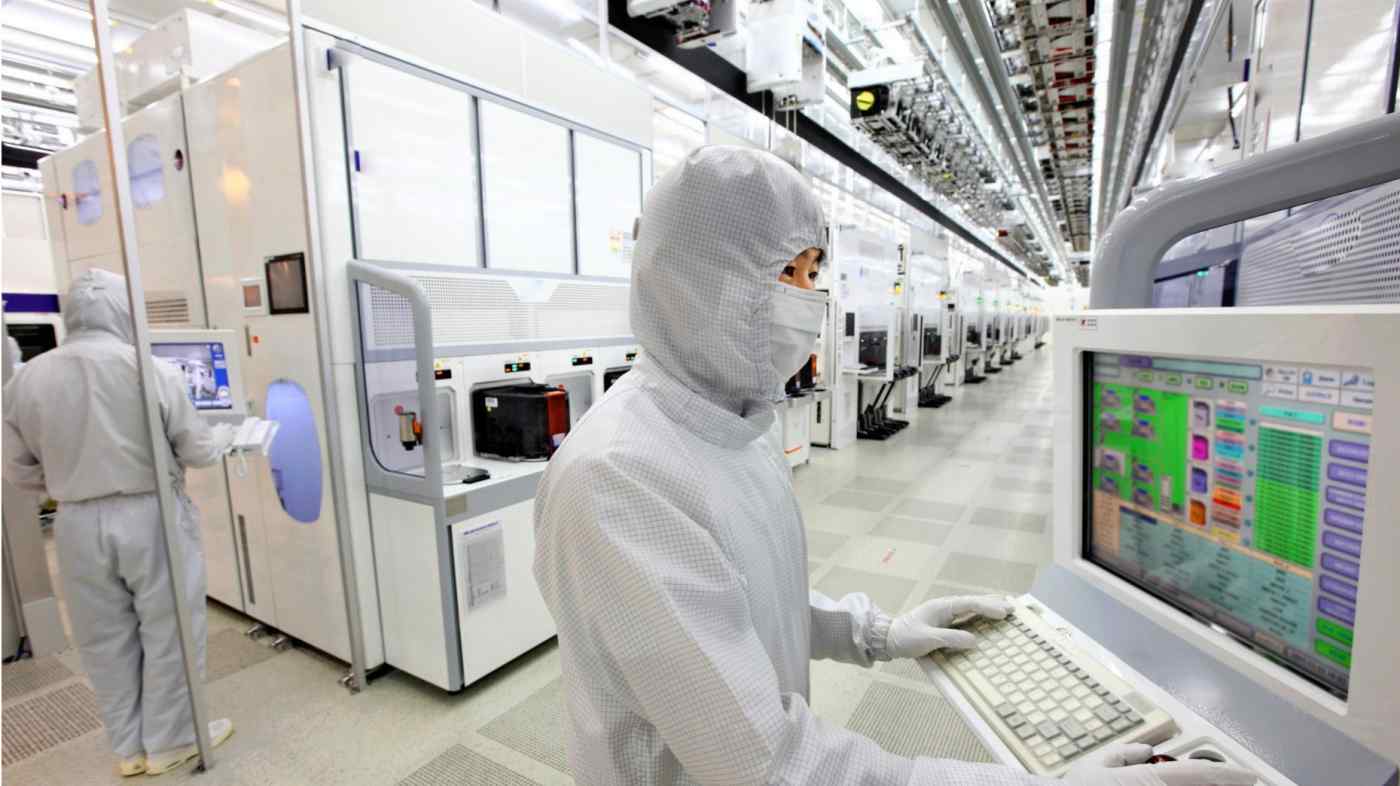 Workers at a Samsung semiconductor plant in South Korea. The business has been a strong earner for the company.
KENICHI YAMADA, Nikkei staff writerOctober 6, 2018 06:48 JST | South Korea
CopyCopied

SEOUL -- Despite a record quarterly profit thanks to the stellar performance in its mainstay semiconductor business, Samsung Electronics looks ready to slow investment in that field in anticipation of declining prices.

The South Korean manufacturer said Friday its operating profit for the July-September quarter rose 20% on the year to 17.5 trillion won ($15.4 billion), surpassing an earlier record of 15.6 trillion won logged for the January-March quarter of this year.

The semiconductor business, which includes the DRAM memory chips used in data center servers, generated the bulk of the profit, or more than 13 trillion won. The price of DRAM chips has more than doubled in two years, driving Samsung's earnings growth.

But the DRAM market appears to be at a peak, and may take a downturn as soon as the start of 2019. Kinam Kim, who heads the semiconductor segment at Samsung, stated in September that the company is bracing for a near-term market slowdown. Samsung is considering cutting its capital spending on investments from 2017 and 2018.

The global market for semiconductors grew 22% in 2017, according to IHS Markit, while that just for memory chips surged 61%. Supply is expected to increase now that many manufacturers are boosting capital investments to keep up with strong demand.

However, with the slowdown in growth in the smartphone market, data center server investments have lost steam since 2017, a semiconductor company executive concedes. The trade war between the U.S. and China could chill demand as well. The so-called supercycle period marked by high growth generated by demand continuously outstripping supply may be coming to a close.

The other major type of memory chip, NAND flash memory used in products such as smartphones, entered a slowdown phase at the start of 2018, and prices are now down more than 30%.

Four out of five analysts following Samsung who spoke with Nikkei recently said the company is likely to reduce capital investment in semiconductors next year, compared with projections for 2018. Korea Investment and Securities predicts that Samsung will slash DRAM investments by more than 20% in 2019, in an apparent attempt to moderate the anticipated drop in chip prices.