Samsung takes hit from Apple's shift back to cheaper LCDs 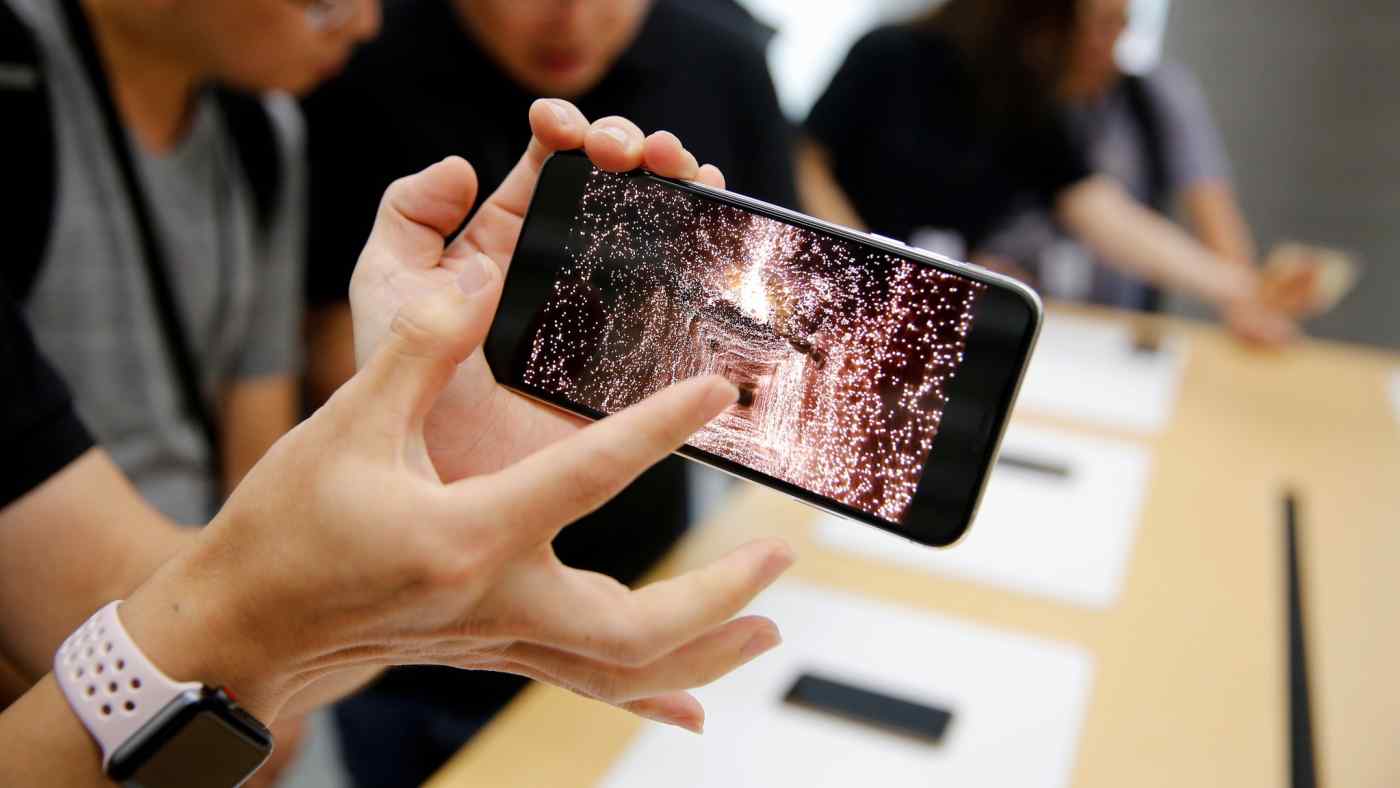 Samsung's groupwide OLED shipments for the July-September quarter came to about 25 million panels, with a similar figure expected this quarter as well. The six-month total is projected to increase just 10% on the year.

Including panels used in the iPhone X released in 2017, Samsung is seen shipping less than 80 million panels for the entire year. A year ago, 2018 shipments were widely predicted to top 100 million.

This comes partly from Apple branching out from the very top end of the smartphone market. The American company announced three new versions of the iPhone in September. The XS and XS Max feature OLED panels like last year's top-of-the-line iPhone X. But the XR has a liquid crystal display panel, even while maintaining other X-like features like face recognition.

OLEDs produce deeper blacks and allow for greater freedom in design than LCD panels, but they are nearly twice as expensive. This is reflected in the newest iPhone models as well. The OLED-equipped XS and XS Max start at $999 and $1,099, respectively, while the LCD-equipped XR starts at $749.

Apple expects the XR to outsell the other two new models, according to sources from parts suppliers and mobile carriers. Last year's iPhone 8 series, which come with LCD models, will also remain on the market at a discount.

But Nikkei reported Monday that even demand for the XR seems to be faltering, with Apple telling its top smartphone assemblers Foxconn and Pegatron to halt plans for additional production lines dedicated to the relatively cost-effective model.

Apple has released more and more expensive models each year, successfully boosting its brand power and earnings. But sales volumes are not increasing much. The company is taking a more pragmatic approach to pricing to better attract customers seeking to replace older models.

Samsung has poured resources into OLEDs, hoping to turn it into its next growth engine to follow semiconductors. But actual demand for the panels is expected to fall short of the 50 million units the company expects to ship in the July-December half, and some say Samsung could reduce the utilization of OLED factories at the start of 2019.

The global market for small and midsize OLED panels is expected to shrink 9% on the year to $7.59 billion in the October-December quarter, according to U.S.-based Display Supply Chain Consultants.

Another South Korean OLED maker, LG Display, has its strengths in larger panels used in TVs. While it is working to boost its presence in smaller products as well, it is only expected to ship out several hundred thousand units to Apple this year. "Most of that likely will be for repairs," a South Korean analyst said.