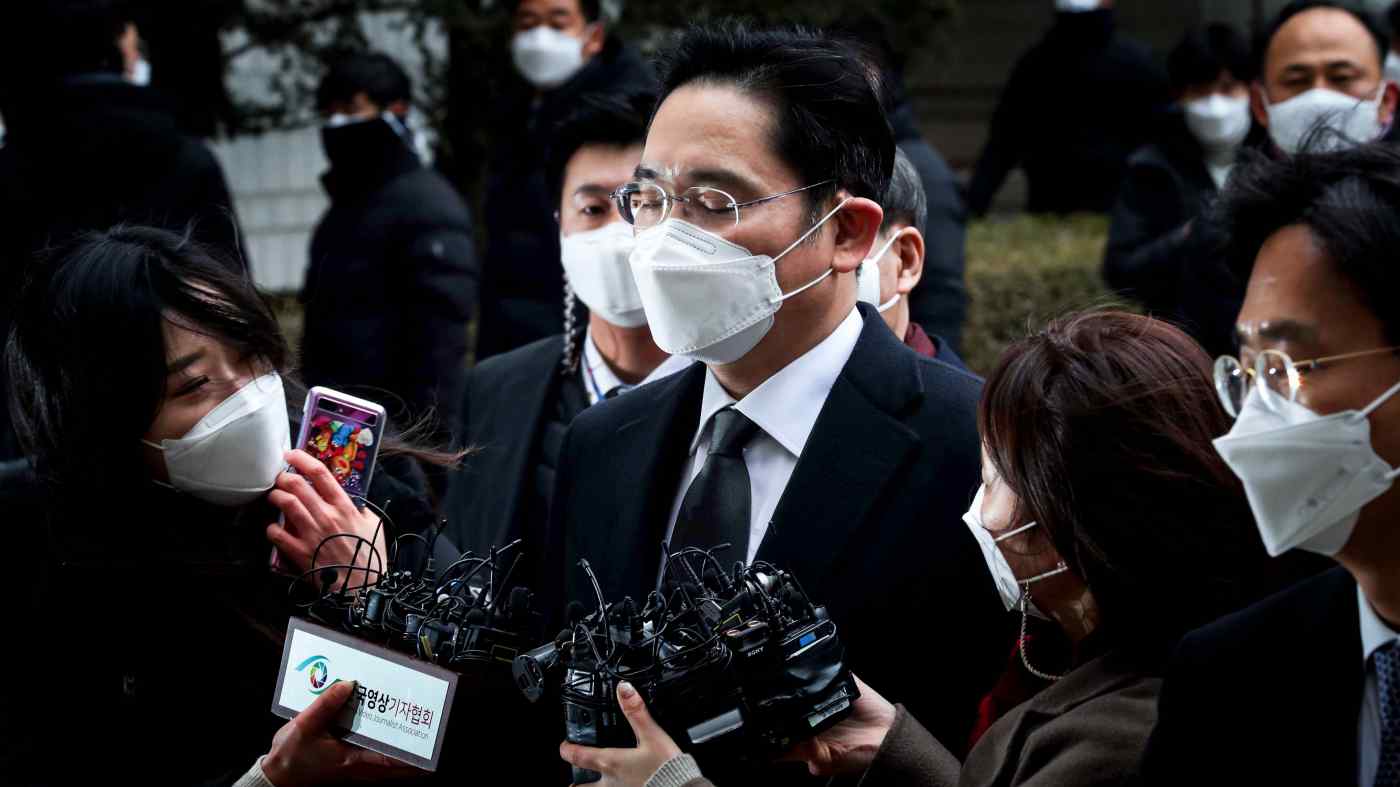 SEOUL -- Samsung Electronics Vice Chairman Lee Jae-yong was taken to prison on Monday after being sentenced to two-and-half years in jail -- a landmark in the life of South Korea's richest man and its most important company.

Here are some explanations as to the impact this will have for Lee, Samsung -- and the country.

What led to this sentence?

Monday's decision stems from a retrial of a case first decided in 2017. Then, Seoul Central District Court sentenced Lee to five years in prison for giving an 8.9 billion won ($8.1 million) bribe to former president Park Geun-hye and her confidante Choi Soon-sil in 2015. The court ruled that Lee engaged in the embezzlement and bribery in order to win support from the National Pension Service for a merger of Cheil Industries and Samsung C&T, two key affiliates of the conglomerate -- a merger allegedly aimed at smoothing the path for Lee to succeed his ailing father.

After serving one year, Lee was released from prison in 2018 when an appeals court halved and suspended the jail term. The court also cut the amount of bribery and embezzlement attributed to Lee to 3.6 billion won.

However the Supreme Court reversed that ruling in 2019 -- leading to the retrial and 30-month jail term handed down by the Seoul High Court.

Lee can appeal to the Supreme Court within seven days, but his chances of success are considered to be low, as the highest court has already ruled that Lee's bribery and embezzlement should be counted broadly.

Lee's attorneys said that they will consider an appeal after reviewing the verdict. If they do pursue an appeal, it will take several more months until the Supreme Court makes a final decision.

Isn't Lee involved in another court case, too?

Yes. In September prosecutors charged him with stock manipulation and accounting fraud in a case that relates to Samsung C&T and Samsung Biologics.

His trial in that case has just started and will take months to be completed. If he is convicted again, his prison term will be even longer.

What does this mean for Samsung?

While still nominally the vice chairman of Samsung, Lee has been its chief decision-maker since his father Lee Kun-hee fell ill in 2014. He died last year.

Lee's absence means that Samsung will be run temporarily by professional executives. The company is run by three chief executives for each of its semiconductor, smartphone and home appliance businesses.

But while Samsung will be steered day-to-day, experts say that the company may suspend big decisions such as mergers and acquisitions as well as large investments until Lee is in a position to take up the reins.

The company's shares fell almost 3% on Monday, the day of the verdict against Lee, but regained most of that on Tuesday. Its overall value has increased significantly over the past 12 months as the tech sector has boomed.

Does this have wider implications for South Korea's businesses?

The ruling gives a clear message to the country's other family-run conglomerates, or chaebol, that business wrongdoing will not be tolerated.

Moon said Monday that the government had now completed its intended reforms on the legal side, but criticized chaebol for avoiding responsibility for work accidents by outsourcing dangerous jobs.