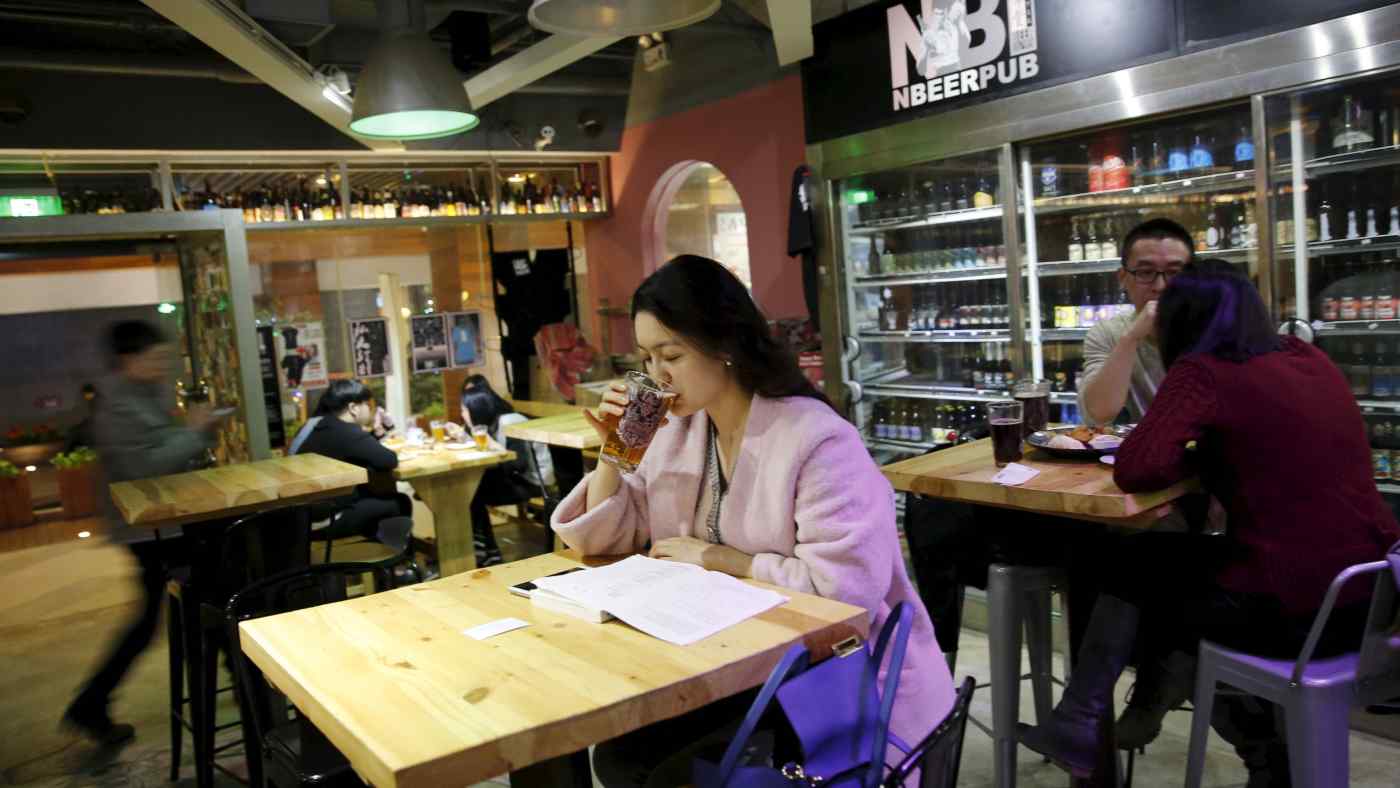 TOKYO -- Japan's Sapporo Breweries is returning to China after a nine-year absence, but this time with a focus on the promising premium-brand market and armed with a sales network crafted by Anheuser-Busch InBev.

The Japanese brewer and the Chinese arm of AB InBev recently signed a sole agency contract under which the world's largest beer company will distribute Sapporo Premium Beer and other upmarket labels in the mainland. The beverage will be produced at Sapporo's Vietnam brewery, with the business launching in November with the aim of selling 1 million cases in 2022.

In 2009, Sapporo Holdings' beer unit withdrew from China, where it managed its own sales network that marketed products made by local contract brewers. Now, Sapporo will rely on AB InBev for distribution channels to make inroads into Beijing, Shanghai and other metropolises.

China's beer market, the world's largest, appears to have leveled off. Brewers sold 45.5 million kiloliters of beer in 2017, a slight dip from 2016, according to data from British research group Euromonitor. Last year's volume was off 10% from 2013's peak, largely due to consumers switching to other alcoholic drink varieties.

But premium beer continues to enjoy high demand in China. Sapporo plans to retail 330-milliliter bottles at about 10 yuan ($1.46) each. Although the standard price for beer in China hovers at around 5 yuan, Sapporo hopes to differentiate itself with its quality control and brewing know-how, and elevate brand awareness.

Sapporo's move follows a trend among other Japanese beer makers who are pouring resources into premium brands. Kirin Brewery, a Kirin Holdings subsidiary, started exporting its Grand Kirin line of craft beer at the end of last year. Asahi Group Holdings, meanwhile, decided to independently distribute its Super Dry beer in China, lifting sales of the Asahi brand 18% in 2017.

However, Japanese brewers have struggled to build market share in China through past partnerships with local brewers. Though they have revised their strategies to leverage the premium-beer boom, they still must contend with mainland leader China Resources Beer, the Snow beer maker that controls a roughly 30% share. The company is also shifting its focus to premium offerings.