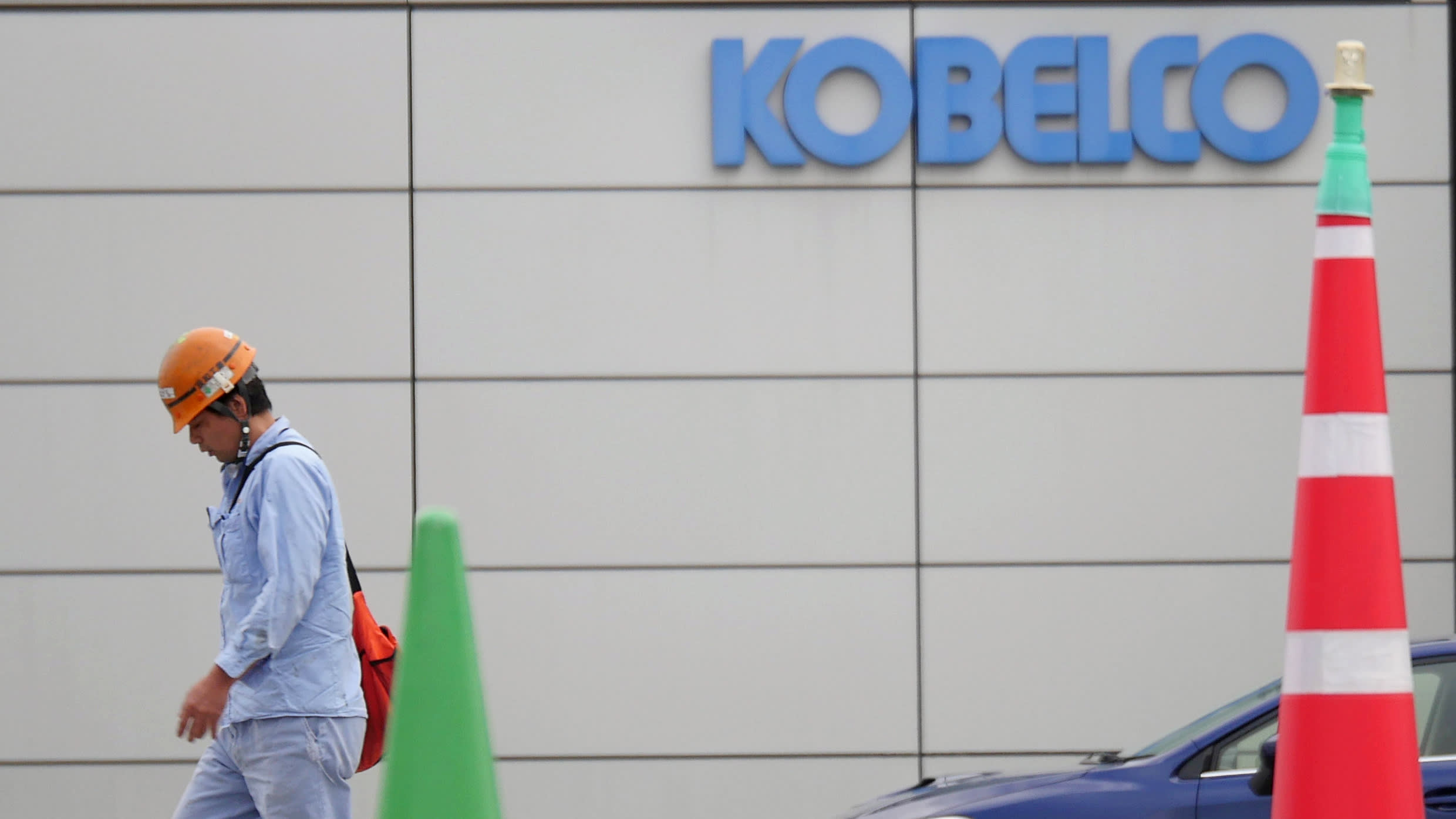 TOKYO -- Kobe Steel, shaken by a data falsification scandal, this week received its first bit of good news in recent months. On Wednesday, Toyota Motor said it had inspected vehicles that use products that had been linked to the scandal and confirmed that they meet Toyota's internal quality standards.

It was the first safety confirmation made by a major automaker in relation to the tainted products since the scandal came to light three months ago, on Oct. 8. It was what Kobe Steel was longing to hear. The announcement appeared to push the scandal one step closer to its end, but Kobe Steel shares continued to fall on Thursday, albeit slightly, declining for a fourth straight day in Tokyo.

Why did Toyota's safety confirmation not help buoy the share price?

Consider Kobe Steel's investigation into the cause of the misconduct, and its compliance efforts to prevent a repeat, and it should be clear that the end of the scandal is not yet in sight.

On Dec. 21, Kobe Steel held a press conference. The company was supposed to announce the investigation had ended. Instead, Executive Vice President Naoto Umehara said the probe by an outside panel would continue. He explained that problems had emerged about the validity of the company's internal inspections, so it had decided to conduct a thorough investigation. Inspection procedures were found to be inappropriate at 70% of the company's 79 domestic sites that had carried out internal inspections, he said. Kobe Steel Executive Vice President Naoto Umehara said the probe by an outside panel will continue at a news conference in Tokyo on Dec. 21 2017. (Photo by Tomoki Mera)

On top of that, it was discovered that of the four executive vice presidents in charge of aluminum and copper operations -- the two materials for which quality data were falsified -- all but one, Akira Kaneko, head of the business unit, were found to have been aware of the data falsification. The three others spent their earlier careers in the very unit and one of them had even been head of a company factory. These revelations added to the scandal, rather than helping bring it to an end, exposing how deeply malpractice is rooted.

Kobe Steel has seven business units providing steel, machinery and engineering services, among other things. Aluminum and copper are the most profitable products at the company. In the year to March 2017, when the company suffered a 23 billion yen (roughly $207 million at today's exchange rate) group loss, the 29.5 billion yen loss on steel operations before tax was partly offset by the 12 billion yen pre-tax profit made from aluminum and copper operations.

Over the next five years, including the current fiscal year, aluminum and copper are expected to generate 13.4 billion yen on average before tax, more than twice the 6.3 billion yen estimated to come from steel operations. The profit margin before tax for aluminum and copper operations is significantly higher than that for steel -- 4.1% and 0.5% respectively. While competition is fierce for steel due to the large number of basic products available on the market, Kobe Steel has few rivals in aluminum. The company has several key products that dominate large shares of the global markets for products such as auto suspensions and circuit boards for information technology servers.

Growth expectations are also higher for aluminum than for steel, as aluminum is one of the best materials for making vehicles lighter, improving fuel efficiency. In particular, Kobe Steel's composite materials for automobiles -- made by combining two or more types of material -- are attracting attention.

No matter how bright prospects for the business environment are, Kobe Steel cannot boost its aluminum and copper business if just sits and waits. One action Kobe Steel has taken to both push ahead with preventing fresh misconduct and pursue its growth strategy is to implement personnel changes in a fresh way.

It installed Yukimasa Miyashita, former head of steel marketing, as the senior managing executive officer responsible for aluminum and copper, replacing an official dismissed last December. Appointing a top-level official in charge of a business to the equivalent post in a different business is highly unusual for Kobe Steel. Hiroaki Matsubara, who had formerly been a managing executive officer in charge of steel and became the president of a subsidiary, has also been brought back in the parent company as an executive officer responsible for aluminum.

Toyota says Kobe Steel scandal has not affected its vehicles

Kobe Steel under a klieg light in US over data fakery

Miyashita had ample experience of management as well as marketing in the steel business. Choosing him as the vice head of the aluminum and copper business was not just intended to break down the previous "silo" approach to personnel changes. It is also apparently because Miyashita is an executive who can go on the offensive, as well as act defensively.

Kobe Steel doubtless faces a rough road ahead. The company's irregularities in shipping aluminum and copper products were connected with the high yield rates for the products. Stricter quality control leads to lower profitability. However, unless the company thoroughly implements measures to prevent the recurrence of the wrongdoing, it will take a long time to regain trust and likely lose more orders. As other Japanese steelmakers -- Nippon Steel & Sumitomo Metal and JFE Holdings -- take an interest in partnering with aluminum companies, Kobe Steel's aluminum business will likely have more rivals in the future, on top of major U.S. aluminum producers like Alcoa and Novelis. Furthermore, newcomers, including Chinese companies, are emerging.

Kobe Steel's stock price lost nearly half its value to 774 yen immediately after the data fraud was revealed. Later, the stock regained about half of the losses. However, the closing price of 1,111 yen on Friday was still 19% lower that the level prior to disclosure of the scandal. With lingering uncertainties, including scrutiny from the U.S. Department of Justice, it is obvious that the problem cannot simply be solved by ending conventional personnel practices.

Still, some are hoping for the revival of Kobe Steel, believing that the company is earnestly trying to change. A stock market proverb says that a 50% rebound in a stock price heralds a full recovery in the price. It remains to be seen whether Kobe Steel will eventually get back on its feet, and the stock price recover to its pre-scandal levels, in line with the proverb.