Scandal-plagued Subaru falls victim to its own success

Quality took a back seat as automaker grappled with soaring demand TOKYO -- Subaru's latest recall -- part of a yearlong string of scandals -- points to an automaker struggling to maintain adequate quality assurance and oversight while keeping up with soaring sales.

The Japanese automaker said Monday that it was improperly inspecting vehicles for longer than originally reported, prompting a fresh recall of approximately 100,000 automobiles sold domestically. Subaru has repeatedly recalled vehicles since October 2017, when the company first publicized its use of uncertified inspectors to perform final vehicle checks.

Subaru had previously concluded that the improper checks occurred until the end of December 2017. But recent interviews conducted by the Ministry of Land, Infrastructure, Transport and Tourism uncovered that the misconduct actually extended through this October. This triggered Monday's recall, which affects nine models, including the hot-selling Impreza compact, and is expected to cost the company 6.5 billion yen ($57.4 million).

Subaru will temporarily slow production at Gunma Prefecture facilities to bolster quality control. It will file this recall with the transport ministry this Thursday.

Autos targeted by such recalls now total 530,000, in addition to another major recall announced last Thursday over faulty engine parts.

Expecting to take a total hit of 60 billion yen from the various recalls and other issues, Subaru downgraded its full-year guidance for operating profit by 80 billion yen on Monday. The company now expects a 42% decline to 220 billion yen for the fiscal year ending March 2019. The result would represent a roughly 60% drop from the record profit turned in fiscal 2015.

The series of scandals has tarnished the image of one of the fastest-growing automakers in recent years. Subaru roughly doubled unit sales in a decade to about 1.07 million globally last fiscal year, with the U.S. market accounting for 670,000 vehicles, or over 60% of the total.

Much of the success is credited to the company putting its unique boxer engine, with its horizontally opposed pistons, front and center in marketing. But factories were ill-equipped to deal with such rapid growth. In a report released in September, an investigation by third-party experts found that production lines were run too quickly for all necessary checks to be completed. 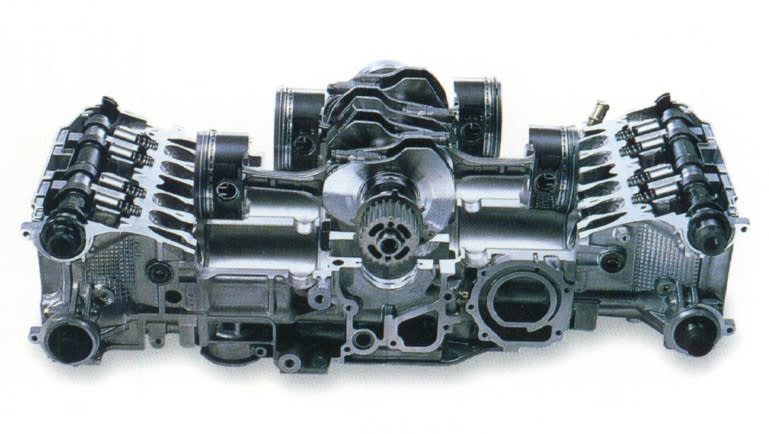 The report also described the pressure placed on plant staffers. Supervisors pushed their charges to work faster if lines were moving slowly. Brisk sales warped conduct on the production end -- conditions that the brass long overlooked.

Subaru's troubles continued even after Tomomi Nakamura took over as president and CEO this June from Yasuyuki Yoshinaga, who remains at the company as chairman but gave up representative rights. This, and the fact that Monday's recall was triggered by a ministry investigation and not a company one, only highlights the lack of oversight by top executives and a slow shift in attitudes on the factory floor.

"Why do the contents of the company's internal investigation differ from those by the transport ministry and outside lawyers?" Nakamura wondered aloud at Monday's news conference.

All the while, the Subaru brand has taken a major hit. Subaru enthusiasts, or "Subarists," had flocked to the automaker for a unique driving experience and designs not offered by the competition. But domestic sales plunged more than 20% on the year to 65,000 units for the April-September half amid falling traffic at its dealerships.

The automaker now faces an uphill battle to restore trust after a year of headline-grabbing scandals. "We will make this the last of the final vehicle inspection problems," Nakamura told reporters Monday.