Company will plow ahead with Russian project despite tax increase Company officials said that NagaCorp is proceeding as planned with the construction of a new casino hotel outside Vladivostok, Russia despite a recent steep increase in gaming taxes there that could affect its investment returns. Philip Lee, group chief financial officer, said that the Russian resort will start operation next year as scheduled. The company planned to invest at least $350 million in the project, according to its statement in 2013.

NagaCorp's plans contrast with those of Macau gaming tycoon Lawrence Ho Yau-lung. Through two of his listed companies, the casino investor in December sold his entire stake worth $21.3 million in the developer of Tigre De Cristal -- the only casino hotel now in operation in Vladivostok. His move came shortly after Russian parliament approved a bill that potentially doubles gaming taxes in its eastern Primorsky gaming zone.

"An office has been established in the city center of Vladivostok, Russia," the company said in its latest financial statement. "Certain key personnel have been appointed to monitor various aspects of the progress of the project which remains broadly on schedule for operation by 2019." 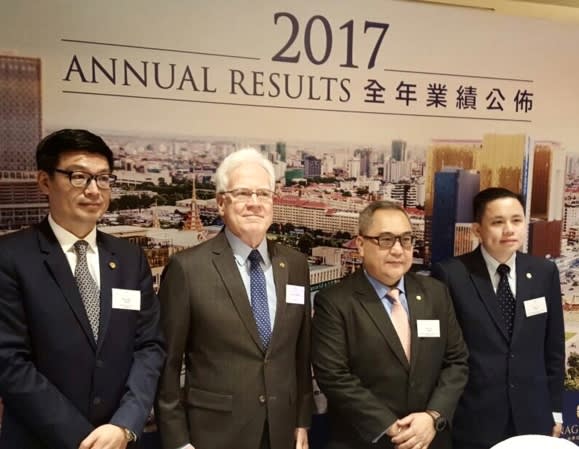 Group management said it will "proactively" bring more Chinese tourists to its resorts and continue to explore the possibility of operating casinos in Japan.

"The opening of Naga2 in November last year significantly increases the quality and the range of VIP, mass gaming and the non-gaming offerings," said Lee on Wednesday, referring to its second-phase casino complex in Cambodia, close to its first development called NagaWorld.

The group's VIP segment has seen much stronger growth than the mass market since Naga2's opening. Revenue from VIP tables soared to $625.3 million last year from $225.7 million a year earlier while takings from public tables grew just 15.4% to $149.7 million.

NagaCorp, which contributed roughly 3% of Cambodia's total gross domestic product in 2017, also counts on Chinese tourists for its growth. A total of 1.2 million Chinese visitors traveled to Cambodia last year, marking a 46% increase from 2016, according to the country's tourism board. China surpassed Vietnam last year to become the largest source of tourists in Cambodia.

"We are optimistic those numbers of Chinese visitors would continue to increase," Chairman Timothy McNally said.

To capture the Chinese outbound tourism boom, he said the group is considering expanding its current aircraft fleet to carry travelers from places without direct flights to Cambodia. "We'll continue to be proactive and bring in more people from various mainland cities." McNally said. It currently owns two Airbus aircraft and leases one.

He also reiterated that the group has a "keen interest" to operate casinos in Japan.

"As a gaming jurisdiction, Japan has wonderful potential," McNally said, adding that management had visited various Japanese cities for discussions with local authorities. "Now we are just waiting for some additional information," he said.