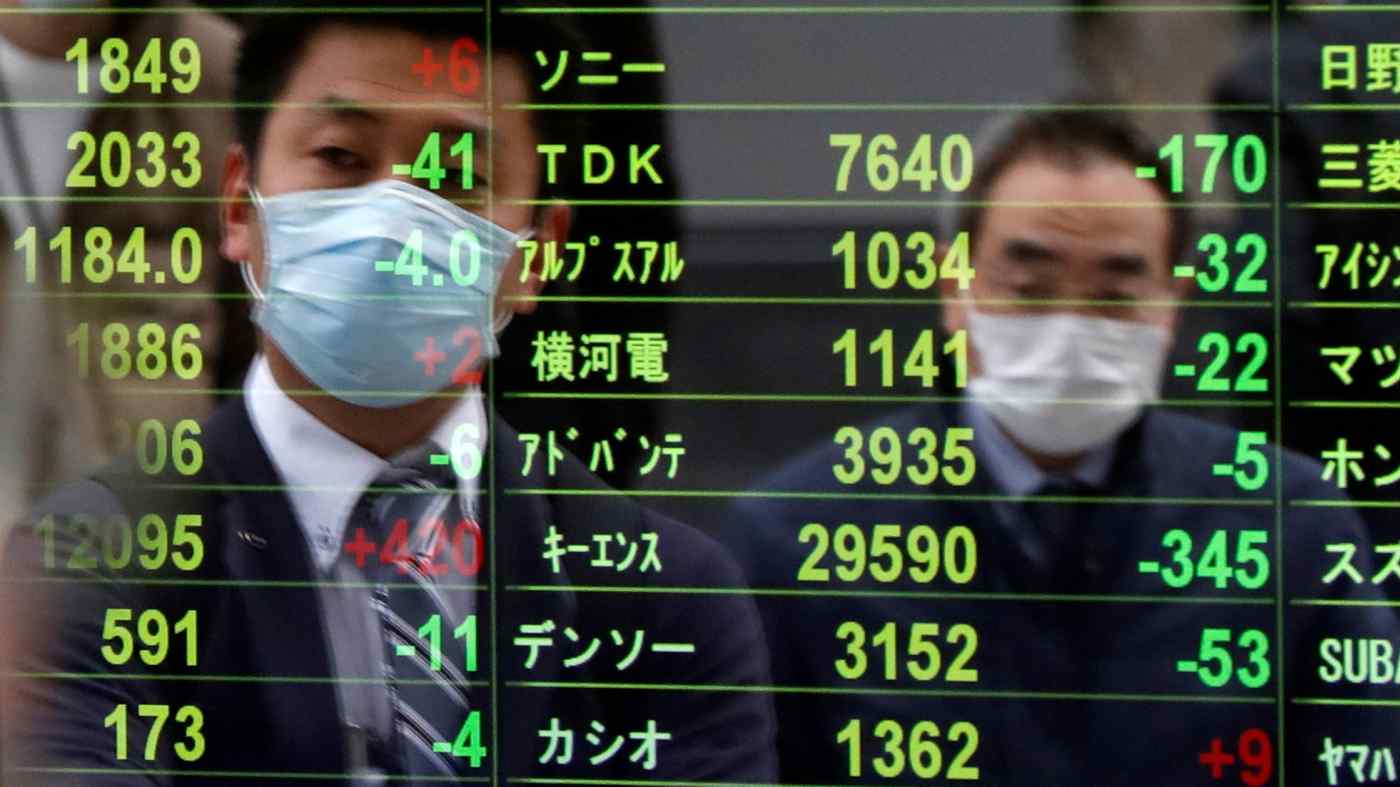 TOKYO -- Crashing stock prices around the world have taken a toll on Japanese companies, whose investment portfolios, cross-shareholdings and pension funds are all taking a beating over coronavirus fears.

Textile giant Toray Industries said Tuesday that it will book an 18.7 billion yen ($173 million) loss from the "significant decline" in the share price of Hong Kong affiliate Pacific Textiles Holdings for the fiscal year ended that day. The loss will mark the one-time amortization of goodwill booked when Toray acquired a stake in the casualwear fabric maker in 2017.

SoftBank Group would also take a hit to operating profit from any declines in the roughly 90 companies in the Vision Fund's portfolio. The group's flagship fund apparently has an unrealized gain, albeit small, on listed companies compared with the end of December. But the status of unlisted companies -- which account for the majority of its portfolio -- is unknown. Many are thought to be growing quickly but to lack a strong financial foundation.

Embattled U.S. workspace startup WeWork and Indian startup Oyo Hotels & Homes, both of which have received substantial investment from the Vision Fund, operate worldwide and could suffer a major blow from slowing consumer spending.

Cross-shareholdings have also rapidly lost their value. Based on securities reports from 1,809 nonfinancial companies that closed their books in March, their cross-held shares had a market value of 22.26 trillion yen on Tuesday -- down 12% on the year.

Meanwhile, corporate pension funds likely posted a return of minus 3.9% for the first quarter of 2020, Willis Towers Watson estimated Monday based on data from about 110 funds. This is the first negative return in five quarters, and the biggest drop since July-September 2011. The return for the just-ended year likely came to minus 0.3%, the lowest annual performance since the minus 0.6% logged in fiscal 2015 amid the Chinese stock market crisis.

Nippon Telegraph & Telephone's pension fund, one of the largest in Japan at roughly 800 billion yen, also posted a negative return for the January-March quarter. If pensions with defined benefits continue falling short of their asset management goals, the companies will have no choice but to offset the shortfall from their own balance sheets.