Singapore Airlines is seeking to differentiate itself from the many budget carriers sprouting up across Asia. (Photo courtesy of Singapore Airlines)
MAYUKO TANI, Nikkei staff writerFebruary 15, 2019 04:38 JST | Singapore
CopyCopied

SINGAPORE -- Singapore Airlines has opened a digital innovation lab to tap virtual reality and other technologies to better serve its customers, as it seeks to differentiate itself from the many budget carriers sprouting up across Asia.

The lab is located at a company facility near Singapore's Changi Airport, the airline's hub and one of Asia's busiest gateways. It will draw ideas from within the company and elsewhere and turn them into reality through collaboration with tech companies and universities. The lab also looks to support startups.

Ongoing projects include using wireless chips to better manage onboard provisions, as well as VR- and augmented reality-assisted simulations to design plane interiors. The carrier also aims to increase nonfare revenue through a mobile app.

The company in 2017 launched a business reform campaign to increase revenue and cut costs. The digital push is at the core of this effort. Last year, the airline introduced a blockchain-based payment system for its mileage program members to shop at select stores in Singapore -- the first such program by an Asian airline. 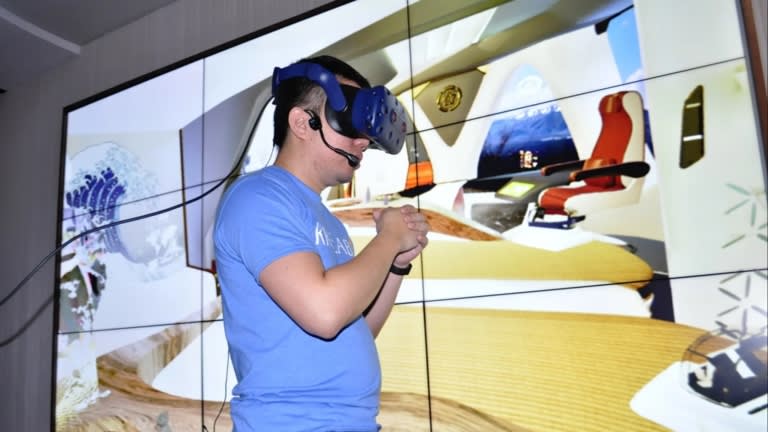 The company plans to spend hundreds of millions of dollars on digital technologies, CEO Goh Choon Phong has said, while also expressing interest in investing in tech companies. The airline bought into Data Republic, an Australian data-sharing startup, in December.

The wave of digitization in the airline industry has spread from Europe to the Asia-Pacific region. Air New Zealand hired its digital chief from Silicon Valley in 2016 and has since strengthened its mobile app for customers. Singapore Air rival AirAsia, the Malaysian budget carrier, has launched a payment app.