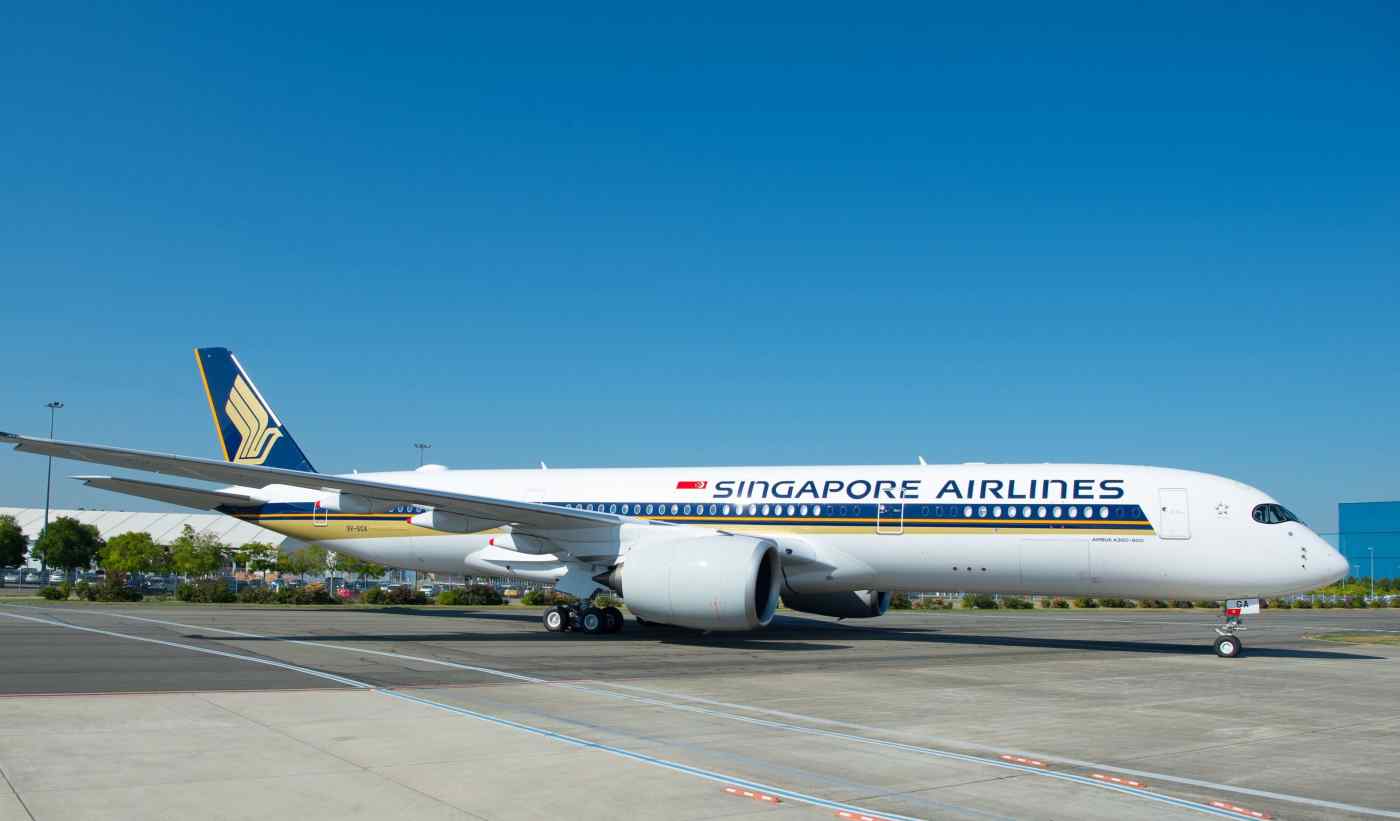 SINGAPORE -- When the world's longest nonstop flight takes off here on Thursday, it will carry Singapore Airlines' hopes for reviving a route that failed once amid rising crude oil prices and faces the same challenge today.

This time, Singapore's flag carrier counts on an ultralong-range version of the fuel-efficient Airbus A350-900 jet to cut fuel costs, and also on steady demand from business travelers willing to pay more for a direct flight with luxury amenities.

The inaugural flight departs Singapore's Changi Airport --one of Asia's busiest hub for international travel -- at 11:35 p.m., bound for the New York area's Newark Liberty International Airport. The roughly 19-hour journey covers 16,700 km, the longest of its kind in terms of both time and distance.

Singapore Airlines' renewed investment in ultralong-haul travel after a five-year hiatus rests on the twin-engine Airbus A350-900. The carrier flies a version with a range of up to 18,000 km and a lightweight carbon fiber reinforced plastic fuselage that reduces fuel consumption.

Fuel efficiency matters for all airlines, but particularly on long-haul routes as crude oil prices climb. The ultralong-range A350-900 carries up to about 44,000 gallons of jet fuel. That translates to about $100,000 in fuel costs per flight at current prices.

U.S. President Donald Trump's renewed sanctions on Iran have raised oil supply concerns, helping push crude to a three-year high. International benchmark Brent crude futures are trading in London around $85 a barrel, up 50% from a year ago. Bank of America forecasts that crude could hit $100 a barrel next year.

Against this backdrop, Singapore Airlines' stock price has dropped around 20% from a year-to-date high in May, while shares in Australia-based rival Qantas Airways -- which plans 20-hour nonstop service from Sydney to London -- have tumbled 35%.

Singapore Airlines spokesman Nicholas Ionides said the company is "confident in our business model and the flexibility that this new aircraft delivers in helping us successfully operate a nonstop product within a dynamic fuel price environment." 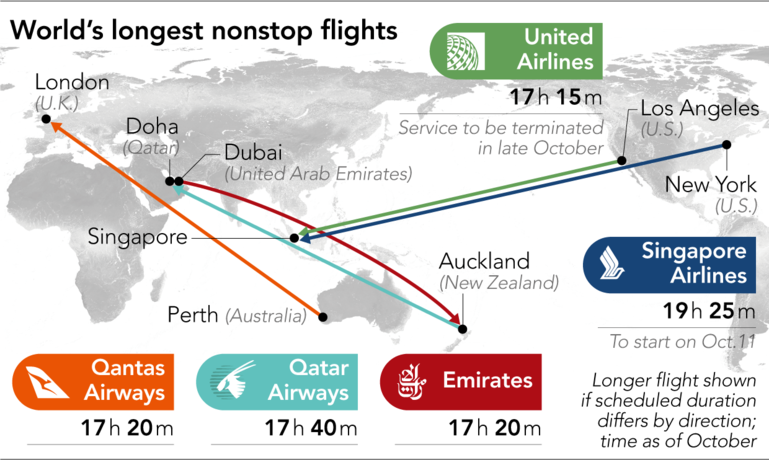 Airbus says its A350 family of aircraft is 25% more fuel efficient than competitor Boeing 777 planes. The fuel capacity of the ultralong-range A350-900 is 26% less than that of the A340-500, which the airline flew on its Singapore-New York service until it was halted in 2013, according to Sydney-based aviation think tank CAPA Center for Aviation, though both aircraft have similar seating capacity.

But fuel is not the only cost to be magnified by the lengthy flight. Four pilots and 13 cabin crew members will be on board each Singapore-New York flight to ensure the crew has enough rest.

Filling the all-premium capacity on the new nonstop route "will not be easy," CAPA chief analyst Brendan Sobie wrote in a recent report, as the market shows signs of overcapacity. Singapore Airlines offers generous discounts on U.S.-bound flights, and "fares are likely to remain low," Sobie said.

The cabin consists of 67 business class seats with a full-flat seat and 94 premium economy seats, which are roomier than those in standard economy class. The Airbus jet will carry a maximum of 161 passengers, compared with 253 on the airline's existing A350-900s.

Singapore Airlines debuted a direct flight to New York in 2004, but surging crude oil prices forced the carrier to scrap the route five years ago. The four-engine Airbus 340-500 consumed too much fuel and crude prices were running high, at above $100 per barrel. Meanwhile, the economic slump that followed the global financial crisis stunted demand for business travel.

Now, with the world economy in better shape, one airline after another in the Asia-Pacific region is adding new long-haul flights.

As competition from low-cost carriers puts pressure on profit margins in the short-haul market, full-service players such as Singapore Airlines look to longer routes to differentiate themselves from competitors in terms of quality. The company's emphasis on comfort for the world's longest flight illustrates this point. Singapore Airlines envisions business travelers boarding just before midnight at Changi, possibly after dinner with clients, and arriving early the next morning in New York rested for a full day of meetings.

The airline partnered with Canyon Ranch, a spa operator based in the U.S. state of Arizona, to craft the customer experience.

The first difference that passengers may notice is cabin lighting.

Two to four hours after takeoff, it is shortly before 3 a.m. Singapore time, and the passengers have finished their first in-flight meal. With a lighting system that can produce 16 million color combinations, the cabin will turn yellowish orange. 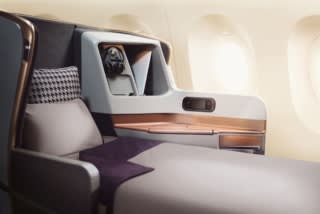 "We have worked with Canyon Ranch to tweak our lights on board the aircraft to ensure customers will have an enhanced sleep quality," spokesman Ionides said.

Canyon Ranch also advised on in-flight meals, which are served almost on-demand in business class,served at requested timing. Additional refreshment is available anytime during the flight.The menu includes Greek yogurt with homemade granola and fresh berries, as well as panini made with grilled vegetables and Gruyere cheese.

A wellness menu created by Canyon Ranch focused on minimizing salt and sugar helps mitigate dehydration. Specific ingredients were chosen purposefully, such as turmeric for anti-inflammation or potassium-rich lentil to avoid dehydration.