Singapore water supplier Hyflux aims to cut some debt by 89%

Debt restructuring needed ahead of bailout by Indonesia's Salim Group 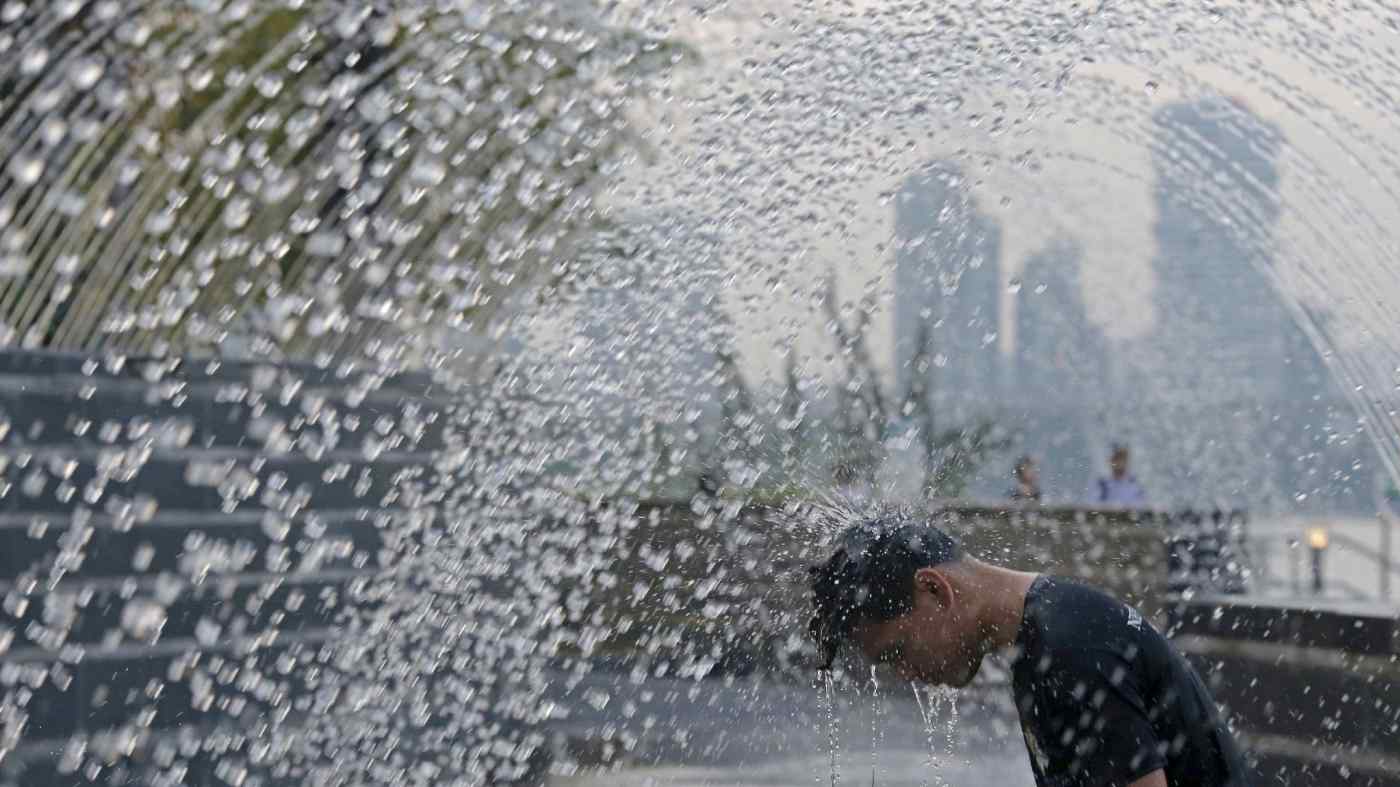 A youth cools off in a fountain in Singapore. Hyflux is a strategic company for the city-state, which wants to create a self-sufficient water supply.   © Reuters
MAYUKO TANI, Nikkei staff writerFebruary 19, 2019 01:28 JST | Singapore
CopyCopied

SINGAPORE -- Water treatment company Hyflux has proposed a restructuring plan that will slash some of its debts by 89%, bringing the utility closer to a rescue led by Indonesian conglomerate Salim Group.

The plan calls for Hyflux to pay off its debts with cash and shares. For every 1,000 Singapore dollars ($737) invested, high-priority creditors like banks will get SG$246.35, while perpetual security and other subordinate debt holders receive SG$106.54. The proposal requires creditor and court approval to be carried out.

Under the plan, founder and CEO Olivia Lum will contribute her entire stake toward repayment. General stockholders will be able to hold on to their stakes, but a capital injection from Salim Group presumably would dilute the share price.

Hyflux is a strategic company for Singapore, where water independence is a national goal, thanks to its treatment and desalination technologies. It has also expanded to other regions, including the Middle East.

The company, which relied on heavy borrowing for growth, quickly fell into financial straits after its foray into electricity generation failed in 2016. A Singaporean court granted Hyflux a six-month reprieve on roughly SG$3 billion worth of debt last June.

In October, as the debt reprieve was coming to an end, a consortium led by Salim Group offered a lifeline that would inject SG$530 million into the debt-laden water company. The bailout requires that Hyflux cut its debts first, however, and it must do so by the deal's April 16 deadline.

Many of Hyflux's roughly 34,000 holders of subordinate debt are retail investors who will be displeased as their retirement savings disappear under the plan.

"The share price will rise should we grow under new shareholders," said a company source. "Subordinate debt holders will receive no repayment if the company must liquidate its assets."