Two top executives at trading subsidiary have been removed 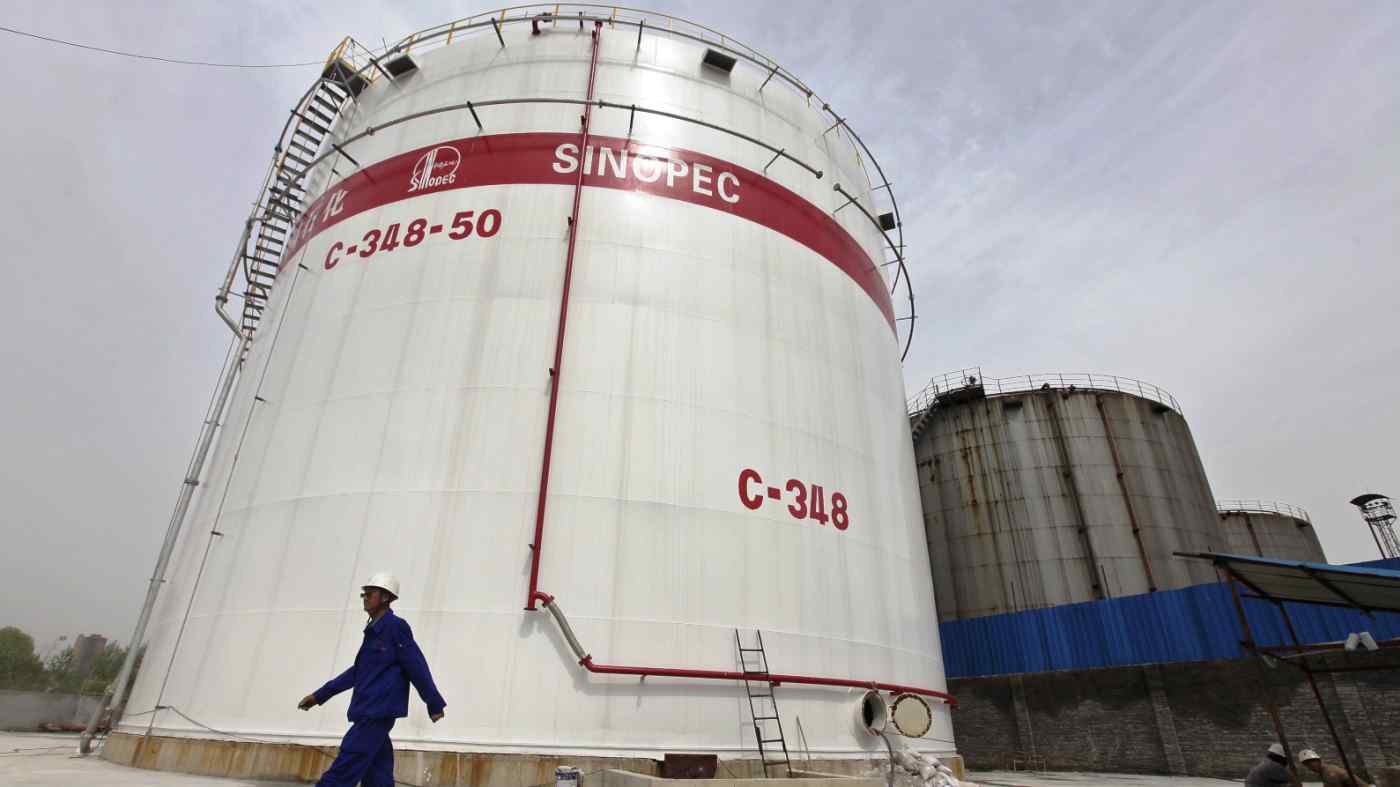 BEIJING -- Chinese state-owned oil major Sinopec sank as much as 5% in stock markets Friday following reports of massive losses from petroleum contracts and the suspension of two executives.

Many industry watchers estimate the losses at 10 billion yuan ($1.45 billion). A major financial institution sees declining oil prices generating 15 billion yuan in losses for the company between October 2018 and January 2019, stemming mainly from this transaction.

Such an amount would equate to nearly a full quarter of profit for Sinopec, which reported 19.3 billion yuan in net profit for the first quarter of 2018. The company, formally known as China Petroleum & Chemical, says it is still evaluating the situation.

Sinopec also said Thursday that Unipec President Chen Bo had been suspended due to "work reasons," along with Zhan Qi, secretary of Unipec's internal Communist Party committee. A vice president has assumed administrative duties at Unipec, and production and operation are continuing as normal at the larger group, the parent company said.

But markets on and off the mainland were unconvinced. Sinopec lost 5.09% in Hong Kong and fell 3.81% in Shanghai on Friday.

Traders may have been put in mind of 2004, when the Singapore arm of state-owned China National Aviation Fuel disclosed a $550 million loss on bad derivatives bets, bringing the unit to the edge of bankruptcy. The then-CEO of the subsidiary was later sentenced to prison for insider trading.