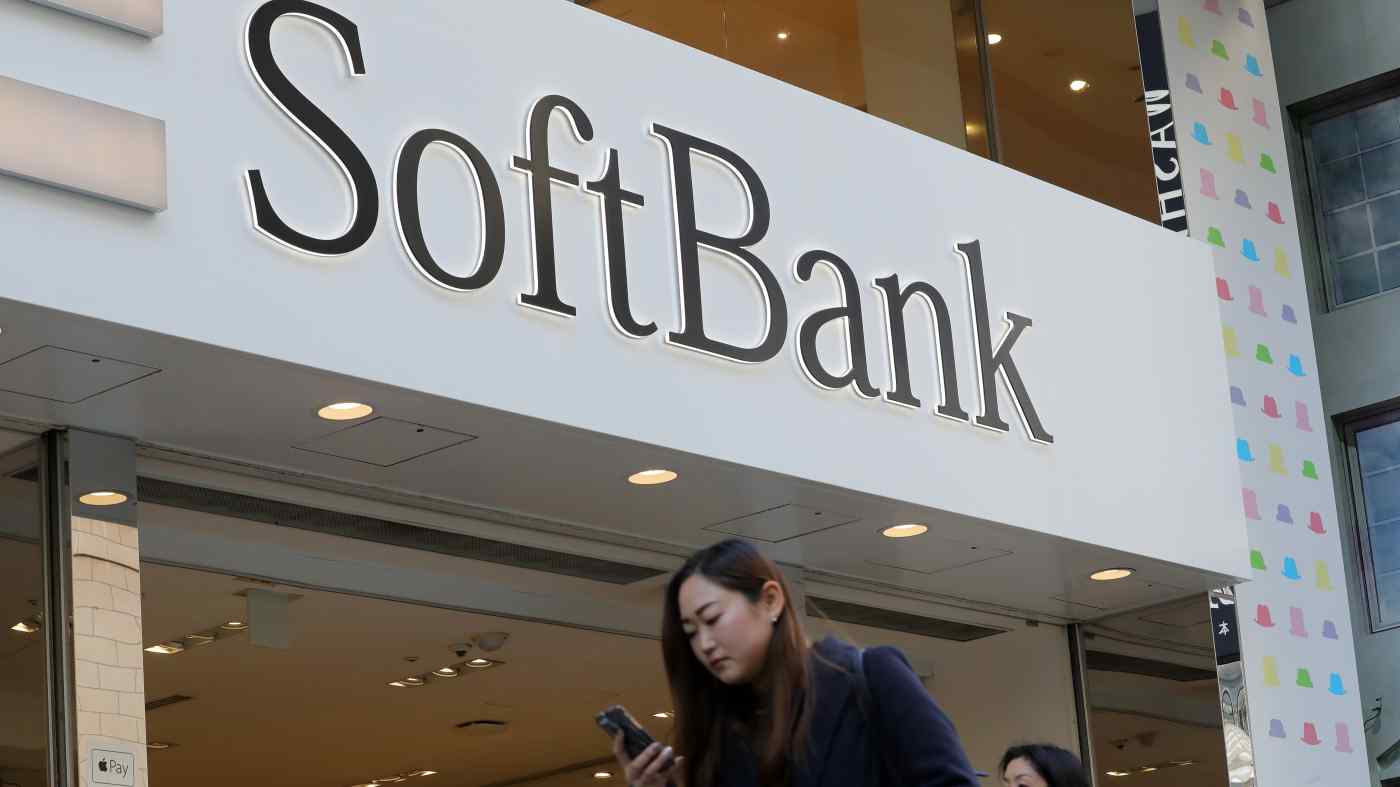 TOKYO -- SoftBank Corp. posted double-digit profit growth in its first earnings announcement since its disappointing stock market debut in December, buoyed by an increase in subscribers to its mobile communications service.

But the global backlash against Chinese telecommunications equipment maker Huawei Technologies is casting a shadow over SoftBank's outlook.

Japan's third-largest mobile operator said Tuesday that net profit for the April-December period rose 19% from a year earlier to 395 billion yen ($3.59 billion). The growth rate was higher than those of its larger rivals NTT Docomo and KDDI, which posted a 13% decline and a 3% increase in their bottom lines, respectively.

The results were in line with analyst estimates and may provide some relief for investors as SoftBank tries to restore confidence after its Dec. 19 initial public offering, in which its shares fell 15% on day one.

"It will take time for [investors] to recognize our long-term growth," CEO Ken Miyauchi said at a news conference. "They are feeling a lot of uncertain factors. We will address them, and I have confidence in lifting our earnings."

Sales for the nine-month period rose 5% to 2.77 trillion yen. Revenue from mobile communications grew 2%, compared with a 2% decline for KDDI and a 1% decline from Docomo.

The number of subscribers to SoftBank's mobile communications service increased to 43.7 million from 42.4 million a year earlier. Smartphone subscribers grew 10% to 21.4 million, thanks to a migration of feature phone users. That offset a 7% decline in device unit sales during the third quarter.

SoftBank was also able to raise revenue per customer. Monthly revenue per contract was 4,380 yen in the quarter through December, a 50 yen increase on the year. Service plans for customers that use large amounts of data were successful.

The cancellation rate also declined. The impact of sweeping service outages in December was limited.

SoftBank's operating margin was 22.9%, beating KDDI at 21.8% but worse than Docomo at 24.7%. Using Huawei base stations has led to lower capital spending costs, as has actively adopting robotic automation. 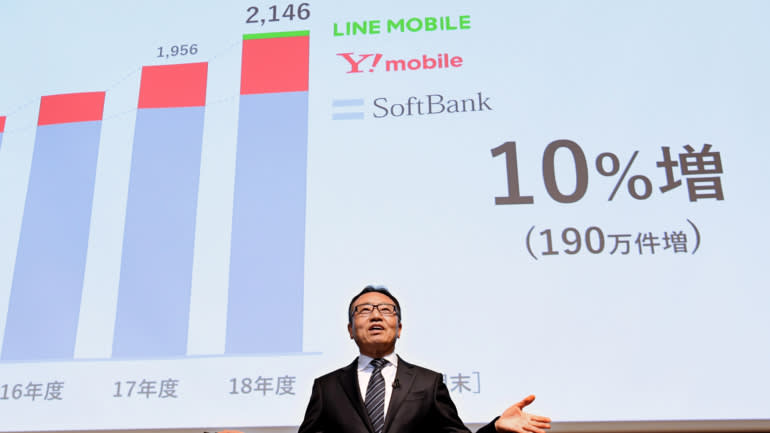 SoftBank Corp. President and CEO Ken Miyauchi speaks during a press conference in Tokyo on Feb. 5. The company's smartphone subscribers hit 21.4 million in December, a 10% increase from a year earlier (Photo by Toshiki Sasazu)

In addition, SoftBank's profitability was boosted by the absence of brand license payments to its parent company.

The carrier kept its net profit forecast of 420 billion yen for the year ending in March, a 4.8% increase from a year earlier. It expects revenue to grow 3.3% to 3.7 trillion yen.

Investors are bracing for turbulence this year as mobile carriers begin to adapt to a government-driven effort to lower subscription fees and scrap complex bundling plans. The trend adds to concerns over cooling smartphone sales around the world.

Competition is expected to intensify further as e-commerce giant Rakuten plans to enter the market in October as Japan's fourth major wireless carrier.

SoftBank derives about 90% of its earnings from telecom operations, a proportion higher than around 80% at NTT Docomo and KDDI. It is stepping up efforts to grow new businesses outside the telecom field. Miyauchi said SoftBank's subscription plans cost less than those of its rivals, an attempt to ease investor concerns about possible price cuts. He also remained bullish on the smartphone's prospects, saying the rollout of superfast fifth-generation networks will create new demand for handsets compatible with the coming standard.

As the Huawei ban spreads, however, the cost of introducing 5G communications could rise. SoftBank plans to spend about 380 billion yen on such capital investments from fiscal 2018 to fiscal 2020.

"We will comprehensively choose [5G base station suppliers] based on factors like security and reliability," Miyauchi said.

SoftBank is racing to restore confidence among its nearly 900,000 shareholders after the December IPO. The stock has since struggled to rise above the 1,500 yen offering price, closing at 1,359 yen on Tuesday, ahead of the earnings announcement.

The IPO was the world's second-largest, after Chinese e-commerce giant Alibaba Group Holding, raising some 2.3 trillion yen for the parent company, which sold about a third of its stake. Critics say it was sold too aggressively to domestic retail investors, who bought the majority of the offering.