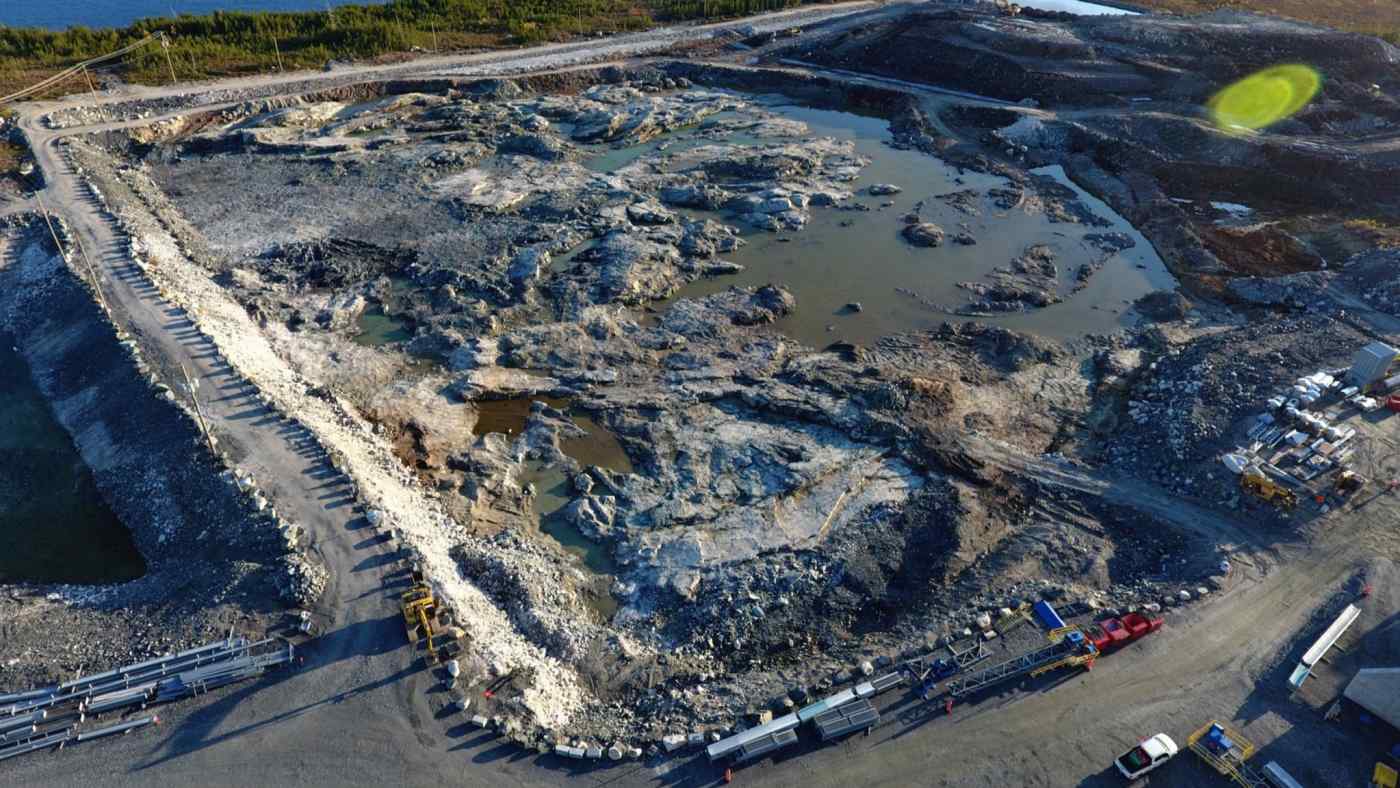 Nemaska Lithium, a Canadian lithium producer backed by SoftBank, has filed for bankruptcy protection as it scrambles to raise emergency funding to keep its flagship project alive.

The Toronto-listed company has been struggling to finance development of Whabouchi, a lithium mine and processing facility in Quebec, amid a cost blowout and a steep fall in the price of the metal, a constituent of electric car batteries.

Nemaska on Monday said it was seeking protection from its creditors to give it sufficient time to complete a refinancing. The company also said it might ask for court approval to sell assets or enter into a joint venture.

They also mark another blow for SoftBank, the Japanese group controlled by Masayoshi Son that has had investments sour this year.

"Once they got the SoftBank investment, people thought 'Masa Son doesn't make stupid investments' but as it turns out they do," said Joe Lowry, a lithium consultant.

"It's the poster child for what goes wrong when money and hubris meet lithium," he added. "It's another black eye on lithium investments. Unwinding this is going to take forever. I don't believe they or any successor company will be producing lithium within five years."

With battery-powered vehicles set to go mainstream, the market has been swamped with new lithium supplies following a rapid expansion of mines, particularly in Australia.

At the same time, a cut in government subsidies for buyers of electric vehicles in China has weakened demand in the world's largest electric car market.

This has left companies such as Nemaska struggling to find finance to complete their projects as investors shun the sector.

"Nemaska has been one of the first movers in construction of a fully integrated operation," said Jake Fraser, a consultant at Roskill, a metals research company. "Some of the headwinds faced by Nemaska in development cost blowouts highlight the complexity of building these projects."

The company shocked investors in February when it revealed a C$375m (US$283m) cost blowout. The budget is now running at about triple the original cost forecast.

Nemaska's problems have been exacerbated by the crash in the lithium market this year. Lithium carbonate delivered to north Asia, the industry benchmark, is trading at $7,250 a tonne, down from $18,000 in May last year, according to S&P Global Platts.

SoftBank invested C$99.1m in the lithium miner last year as part of a C$1.1bn fundraising and has a stake of almost 10 per cent.

Pallinghurst Group, the investment group chaired by former BHP boss Brian Gilbertson, is in exclusive negotiations with Nemaska on a proposed C$600m investment that would help it to complete construction of the lithium mine.

The company last month revealed construction was temporarily shut down until financing was secured.

Analysts say that even if it secures funding from Pallinghurst and its partner Traxys, success is not guaranteed. Pallinghurst declined to comment.