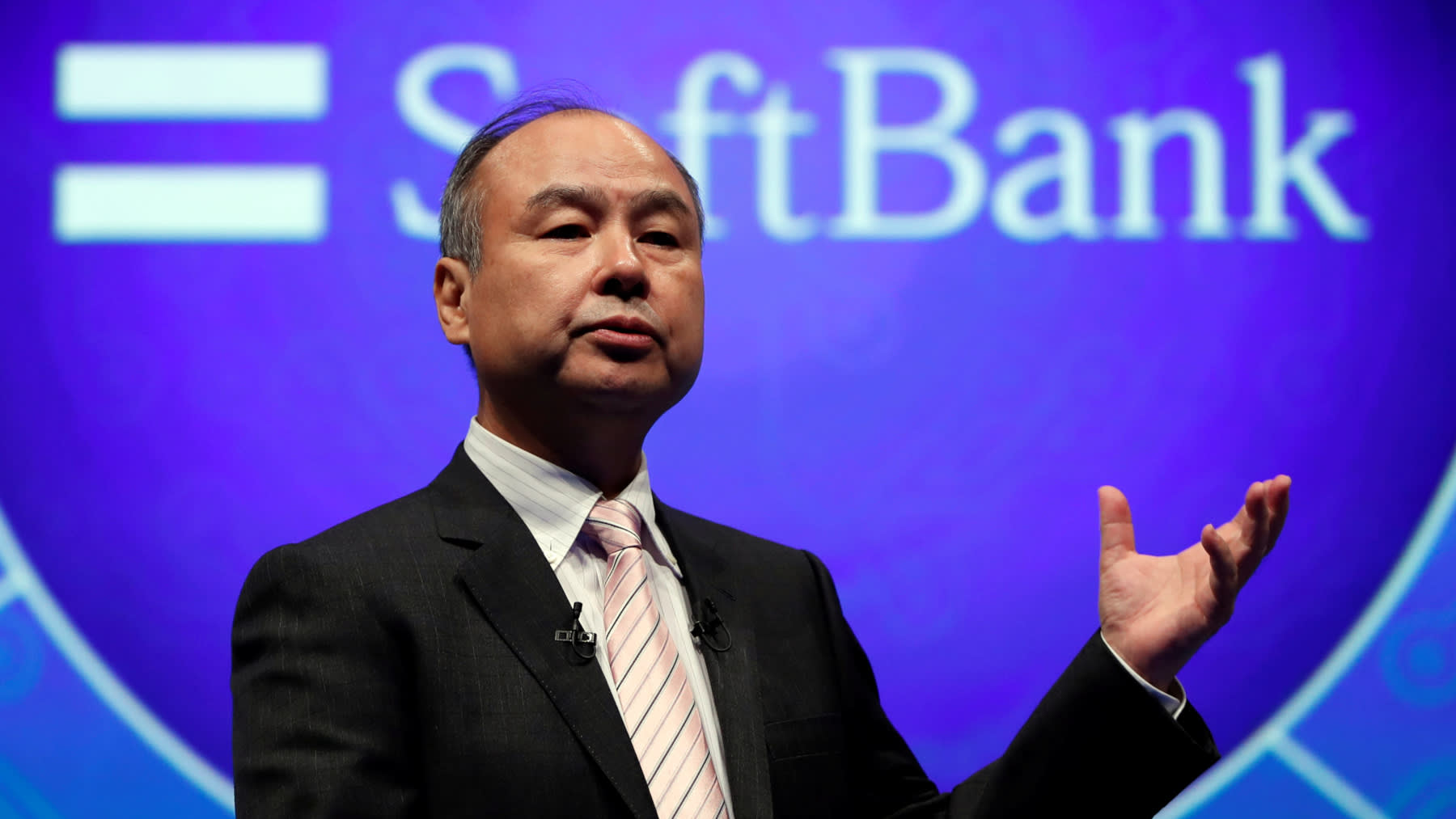 SoftBank Group Corp. is considering audacious fundraising plans, including a public offering of its $100 billion investment fund and the launch of a second fund of at least that size, as it looks to seize on an exploding startup scene, people familiar with the matter said.

More immediately, SoftBank is negotiating with the sultanate of Oman for an investment of several billion dollars in its existing $100 billion Vision Fund, which raised nearly all its cash from Saudi Arabia and Abu Dhabi, the people said.

The fund's staff is hustling to keep up with the frantic pace of deal making by SoftBank founder and Chief Executive Masayoshi Son, who has invested nearly all the money that the Vision Fund took in just two years ago.

Highlighting the need for new funds: Mr. Son recently returned from China, where he negotiated informal deals worth several billion dollars that the Vision Fund doesn't yet have, one of the people said.

The Vision Fund had planned to invest its money over four years, some of the people said, but will have done so in just over two.

Coming IPOs of companies it is invested in -- including Uber Technologies Inc. and WeWork Cos. -- will free up some money, but not enough to fund everything Mr. Son wants to buy. The fund plans to double its staff to 800 people from 400 over the next 18 months, one of Mr. Son's top deputies said this week at a conference in Los Angeles, compounding the pressure to raise more money so they can be paid to hunt for deals across the globe.

A Vision Fund IPO is the most ambitious of the plans under consideration and would take place after the fund is fully invested, likely by this fall, according to people familiar with the matter. The hope is to create a smaller version of Warren Buffett's Berkshire Hathaway Inc. -- only loaded with young technology companies, many of which have yet to turn a profit, instead of a stable of well-established utilities, insurers and energy companies.

An offering like this is largely unprecedented. If successful, it would tap into a new pool of money -- mom-and-pop investors -- who typically can't invest in venture-capital funds due to regulations meant to protect unsophisticated investors from risky assets.

SoftBank executives are working to overcome those regulations, some of the people said, and it might not happen. Another barrier is that some of the fund's hottest investments are set to go public themselves this year, which would reduce the allure of its offerings.

"As a global asset manager we evaluate many sources of capital," a spokesman for the Vision Fund said, adding that no formal decisions have been made.

SoftBank is also moving ahead with plans to raise a second fund, which Mr. Son has publicly said he wants. A top deputy, Rajeev Misra, discussed it this week at an investment conference in Los Angeles.

The company is talking to banks about helping to raise some of that money, according to people familiar with the matter. The new fund would have two classes of units, a less-risky one that would provide a fixed return and a riskier option that would pay out if the fund clears a minimum profit level, one person said.

One challenge will be to find institutional investors like pension funds and insurers that are willing to risk their cash on a fund that doesn't have the governance and processes they normally require. So far the fund hasn't raised money from investors other than sovereign-wealth funds, which don't typically make those demands. Besides the Saudis and Abu Dhabi, the fund has gotten small contributions from a handful of corporations, including Apple Inc. and Qualcomm Inc., whose fortunes are intertwined with those of SoftBank, parent of a major Japanese cellphone carrier and majority owner of U.S.-based Sprint Corp. Abu Dhabi and Saudi Arabia didn't reply to requests for comment.

Tapping into big pools of capital is crucial for a fund of the size envisioned by Mr. Son. Venture capitalists typically raise at most a few billion dollars -- the whole industry raised $55 billion last year -- and so they can get by with checks from smaller funds, wealthy families, other founders and endowments. And even the biggest private-equity funds max out at about $20 billion. Mr. Son is targeting multiples of that.

The effort to raise money from Oman could also prove difficult. The country is under economic pressure, with swelling dollar debts and dwindling foreign-exchange reserves. Oman didn't respond to a request for comment.

Another challenge is the existing Vision Fund has struggled with some investments. One plan to boost its returns, on hold for now, was to transfer the fund's stake in chip maker Arm Holdings back to SoftBank, which bought it in 2017 and then sold a stake to the fund, people familiar with the matter said. Arm Holdings' weaker-than-expected performance -- exacerbated by the high price Mr. Son paid for the company -- has pushed returns below what the Vision Fund wanted to show its investors, the people said.

So far, payouts to the fund's shareholders of about $6 billion have mostly come from just two investments: the sale of Indian e-commerce site Flipkart Pvt. Ltd. to Walmart Inc., and gains in shares of publicly traded Nvidia Corp.

SoftBank hopes to contribute about $50 billion in cash and other assets to a second Vision Fund, but the company is under financial pressure because of a heavy debt load and weak performance from Sprint.

SoftBank is trying to sell Sprint to T-Mobile US Inc., but the deal has run into resistance from regulators. If the deal isn't approved, SoftBank's contribution to the second Vision Fund could be just half of what it hopes for, one person said.