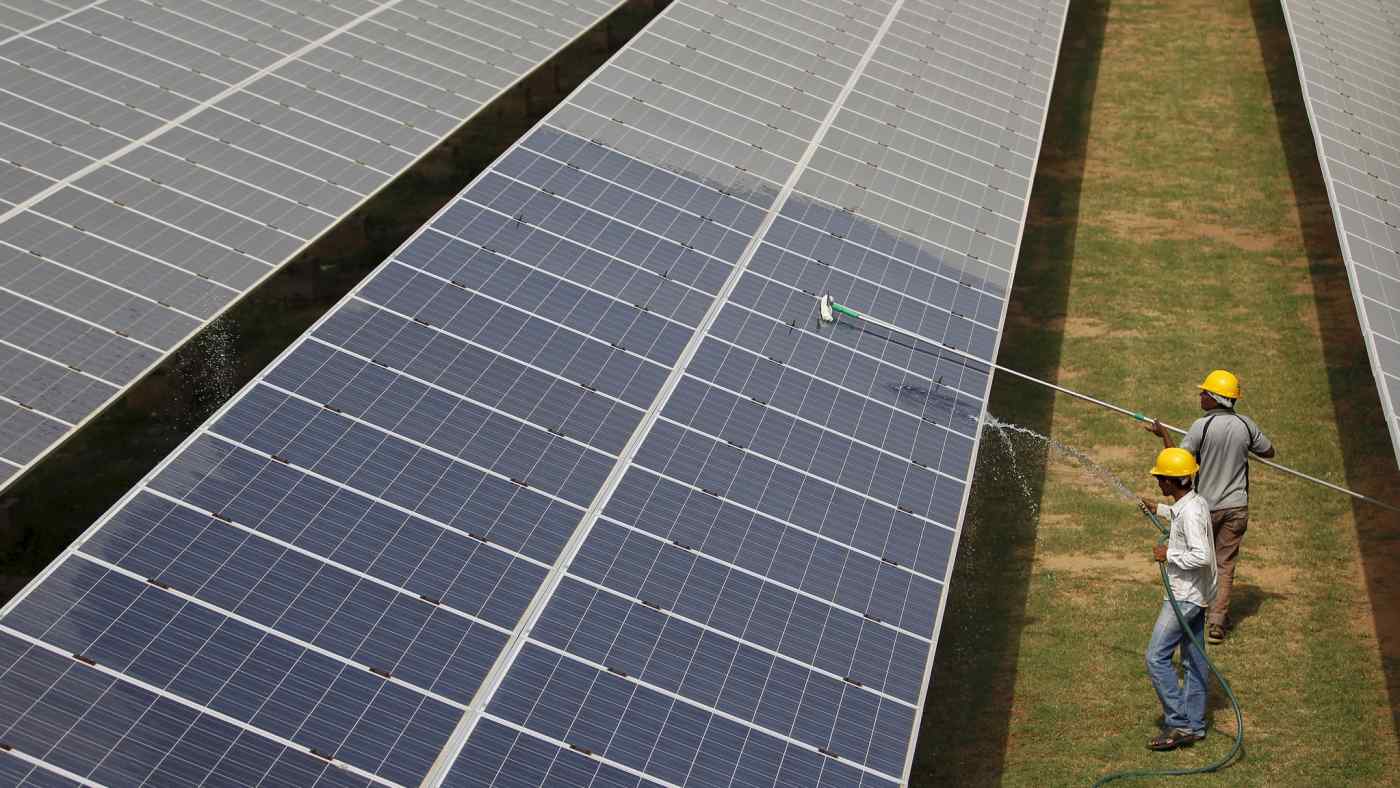 TOKYO -- SoftBank Group looks to reach an agreement soon with India's government on building a solar power plant there, with part of the funding coming from the Japanese technology company's Saudi-backed Vision Fund.

Masayoshi Son, the group's founder and CEO, leads the negotiations with New Delhi. The project will cost $60 billion and include production of solar cells, local media report. SoftBank presented a plan that calls for creating 200,000 jobs in India by 2030.

SoftBank aims to expand its solar investments in India, which suffers from chronic power shortages that hamper the fast-growing Asian economy. The government has set a goal of installing 175 gigawatts of renewable energy capacity by 2022.

In March, SoftBank struck a deal with Saudi Arabia to build 200GW of solar power capacity there, a project expected to cost $200 billion by 2030. The work will be financed partly by the Vision Fund. Project finance will be tapped as well, under the assumption that the solar farms will earn revenue from selling power to corporate and other customers.

The Saudi Arabian project calls for bringing 7.2GW of capacity online in the country as early as mid-2019 at a cost of $5 billion, with the Vision Fund contributing $1 billion and the rest coming from project financing. The Indian investment is expected to follow a similar model.

SoftBank invests in fast-growing businesses worldwide, directly and through the $100 billion Vision Fund. With a particular focus on areas such as artificial intelligence and mobility, its portfolio includes American ride-hailing behemoth Uber Technologies. Renewable energy has hit the group's radar as well, given the field's high growth potential.