The ability to transform investments into cash becomes a key question 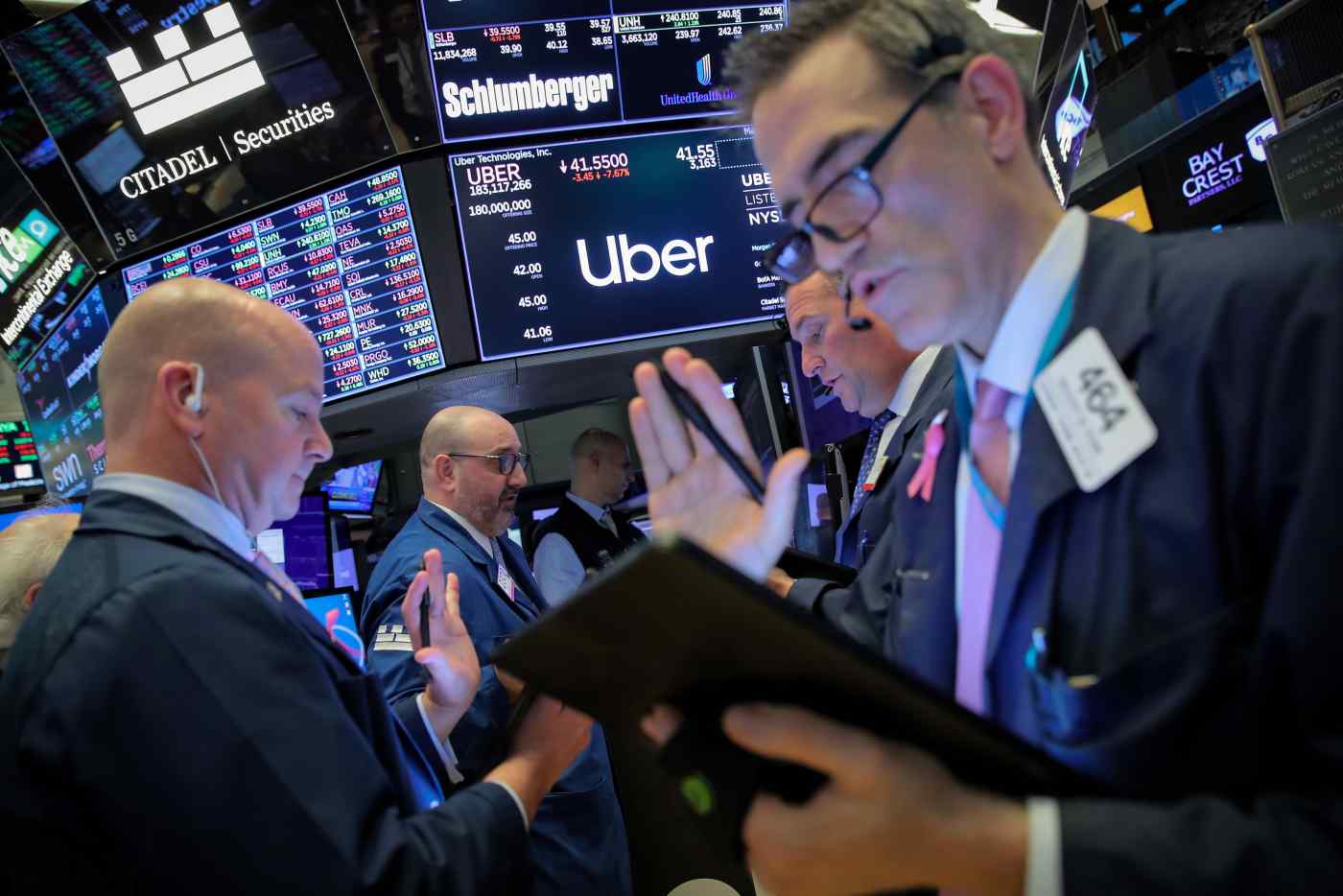 NEW YORK -- Uber Technologies' initial public offering has put the strategy of top shareholder SoftBank Group's $100 billion Vision Fund to the test for the first time as it tries to cash in on its investments.

SoftBank has done well with Uber overall, gaining roughly $5.6 billion in unrealized capital gains from the ride-sharing provider based on its opening price, but Frida'’s rocky first day of trading appears to have shaved about $1 billion from that figure.

The Vision Fund is preparing for other companies it backs to go public this year, including workplace messaging app developer Slack Technologies. SoftBank Executive Vice President Rajeev Misra, who heads the fund, said he expects many more IPOs next year as the company quickly begins to harvest the fruit of its investments.

Uber's IPO was an opportunity for SoftBank, which holds a 16% stake in the ride-sharing company, to reaffirm its prowess as a savvy investor. SoftBank took a $7.7 billion stake in January 2018 after a slew of management scandals prompted some shareholders to look for an exit. This allowed SoftBank to buy its share at a 30% discount compared to the value before the turmoil. Sixteen months later, the fund has booked big unrealized investment gains.

Investors in the fund, and the market, are now interested in how SoftBank translates those paper profits into actual cash. The company has not disclosed its holdings in Uber or its guidelines for selling the stock. Existing shareholders are bound by a lockup period that requires them to hold their shares for a minimum period of about six months, according to IPO filings.

The IPO subjects the value of Uber to far more opinions, and those unrealized gains will change with the share price level. The stock finished its first day of trading 8% lower than its open price. The company has also booked a $3 billion operating loss for 2018.

That is beyond the tolerance of some investors in listed stocks, even if the market for unlisted companies gave greater latitude for red ink, said Kathleen Smith of market researcher Renaissance Capital.

Like Uber, Vision Fund's investments will come under the open market's microscope. The value of some companies like WeWork operator We Company that SoftBank invested in at a high price have seen their value rise in private transactions, but it is unclear whether investors will agree with those valuations once they go public.

The Vision Fund is working to improve the enterprise value of its investments. Misra said the fund will double its staff of roughly 400 over the next 18 months to scout for new investments or assist current holdings with overseas expansion and finding business partners.

SoftBank CEO and Chairman Masayoshi Son said Thursday at the company's earnings announcement that the internal rate of return for Vision Fund investors -- which includes foreign governments -- has reached 45%. SoftBank's investment in unicorns, unlisted startups worth over $1 billion, have gathered global attention but the market will now judge these companies as they go public.

SoftBank is also planning a second Vision Fund, which could see its ability to attract funds falter if Uber's stock fails to gain traction.