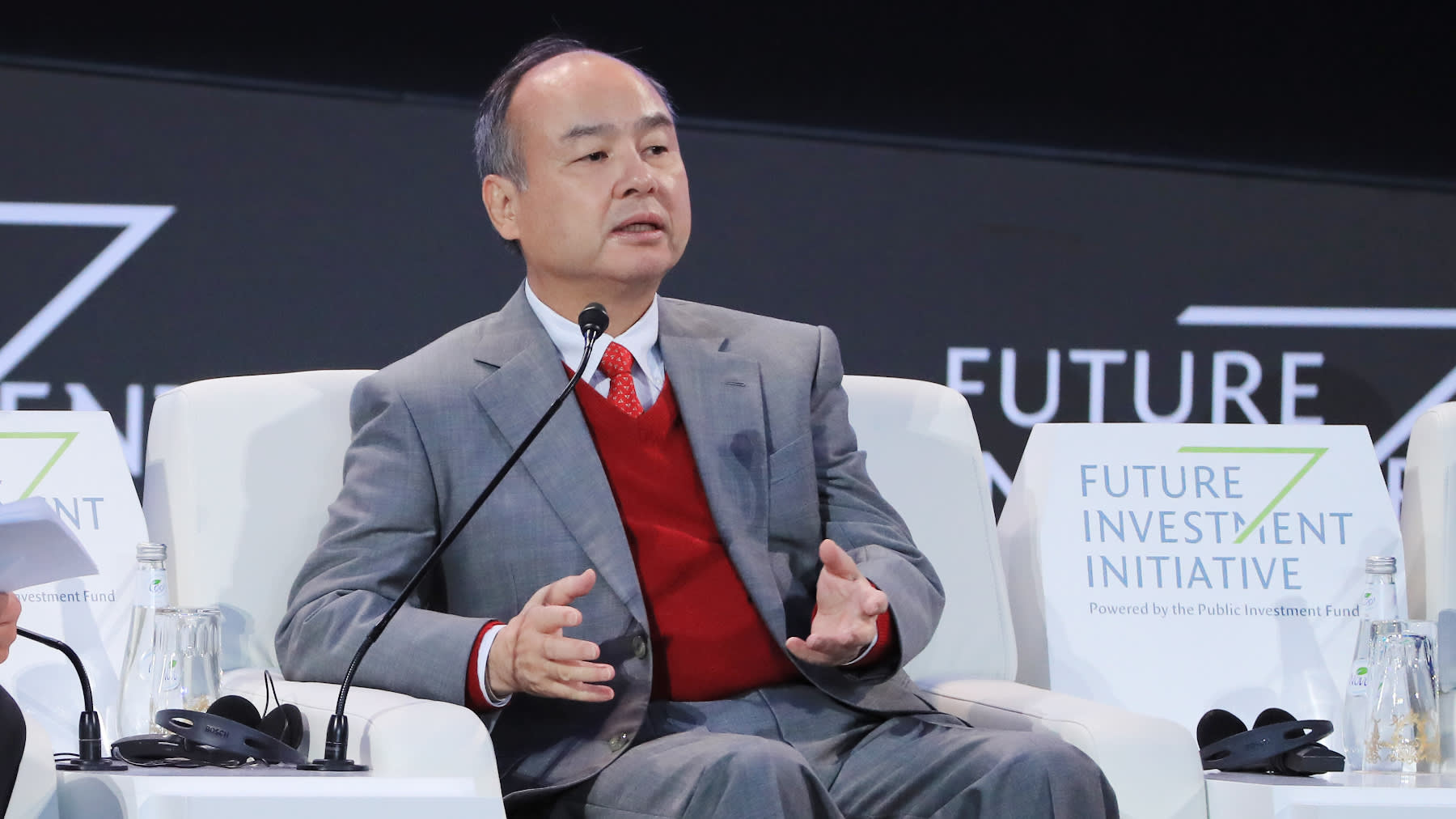 "We identify the entrepreneurs who have the greatest vision to solve the unsolvable," Son told a business conference in the Saudi capital of Riyadh. "They need to have [the] strongest passion. And then we provide the cash to fight."

The comments were his first in public since WeWork, one of his prime investment targets, canceled its listing in late September. The startup received an icy reception from investors who were skeptical of mounting losses and its governance structure.

Son was speaking at the Future Investment Initiative, organized by Saudi Arabia's sovereign wealth fund, the Public Investment Fund. He appears eager to shore up support from the Saudis: The PIF is the largest investor in the original Vision Fund but has not yet backed a second fund SoftBank announced in July.

The tycoon presented his case for pouring more money into AI, saying the field is on the cusp of tremendous advances. Right now, he said that AI handles only 10% of "subjects" or tasks better than humans, but that in the next 30 years the ratio will surge to around 90%.

"The power of computing, the size of memory, communication speed -- those are the three fundamental things [that have] improved by 1 million times" in the last three decades. He said he expects another million-fold improvement over the coming 30 years.

He showed no signs of backing down from his investment approach, stressing: "We focus on investing in unicorns. Those are number ones in each of the categories."

Rajeev Misra, CEO of SoftBank Investment Advisors who oversees the Vision Fund, said the second iteration of the vehicle will invest in 100 companies.

The Vision Fund's massive investments in late-stage tech companies, which have driven their valuations ever higher, have drawn increased scrutiny following the WeWork fiasco. SoftBank and the Vision Fund have pumped over $18 billion into WeWork, including a $9.5 billion bailout. Some of the original investment came at a $47 billion valuation that has since been slashed.

Son insisted that the Vision Fund does much more than just provide cash, emphasizing its role in facilitating partnerships across its more than 80 portfolio companies. "Of course we provide the growth capital, but that money is available from any other source. We are providing the total stimulus for them to grow much bigger, quicker."

Son's decision to attend the PIF event stood in contrast to many global executives, who have stayed away from the kingdom after last year's murder of Saudi journalist Jamal Khashoggi in the Saudi consulate in Istanbul. Son himself canceled a speech at the forum last year but decided to return this year, signaling his intention to maintain relations with Riyadh.