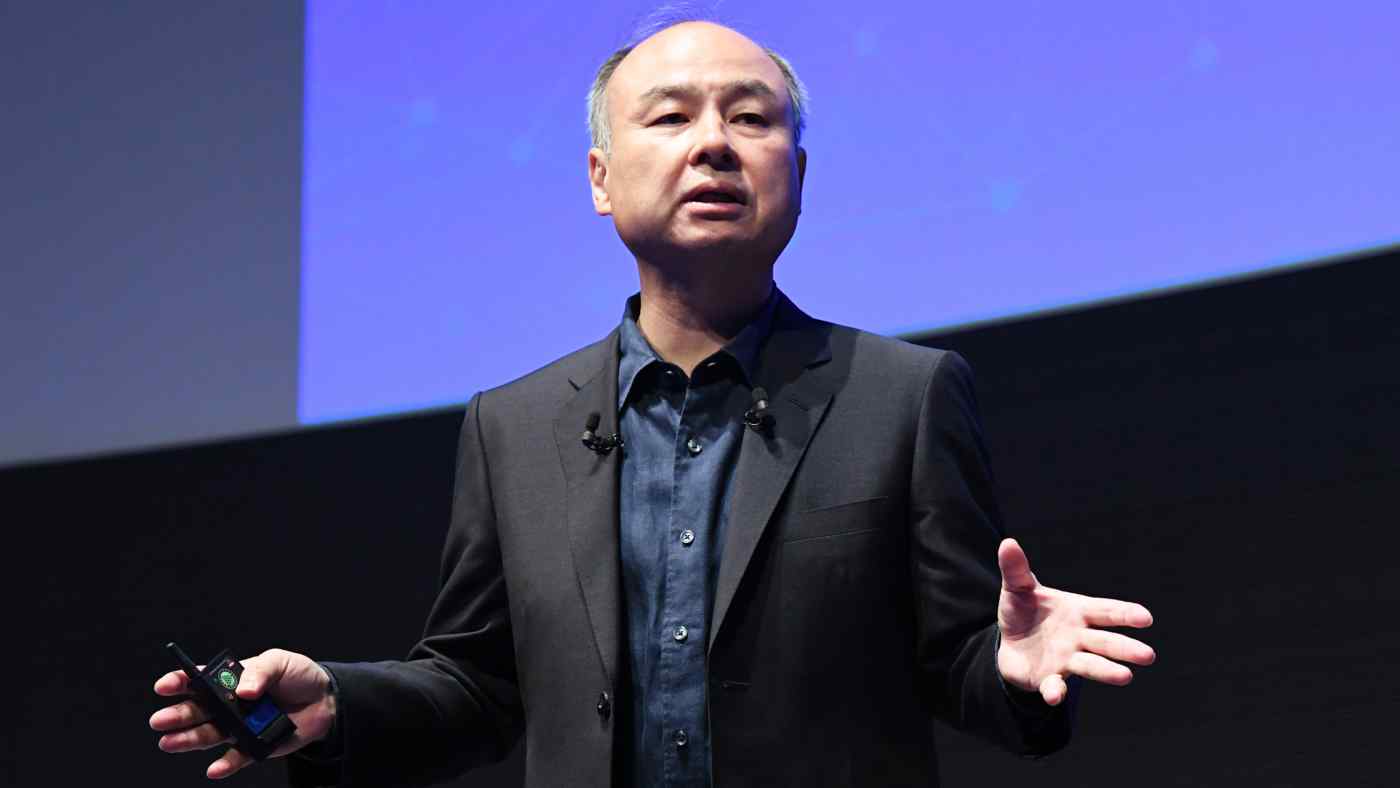 TOKYO -- Japan has fallen so far behind India and Southeast Asia in the race to adopt artificial intelligence that it was now an underdeveloped country, the world's biggest technology investor has warned.

"Until recently, Japan was the most technologically advanced country," SoftBank Group CEO Masayoshi Son told a technology conference in Tokyo on Thursday. "But in the most important field of AI, Japan has become an underdeveloped country. A developing country."

Son, who oversees the near $100 billion SoftBank Vision Fund, the world's largest private equity fund that only invests in AI related companies, was sharing the stage with the founders of some of the fund's biggest portfolio companies including Indian hotel startup Oyo, mobile payments company Paytm and Southeast Asian ride-hailing giant Grab.

While the Vision Fund owns stakes in more than 70 companies around the world, Son said it had not made a single investment in Japan. At one point he invited Grab CEO Anthony Tan on stage to explain how the company was using AI to predict what a user might want to eat after taking a ride to a yoga class.

"The Vision Fund invests around the world but does not in Japan, and I am sometimes asked whether I have other feelings," Son said. "Sadly, the reality is that there is no AI unicorn, so there is no chance to invest."

Japan only has two unicorns, or private tech companies worth more than $1 billion, according to CB Insights: AI company Preferred Networks and fintech company Liquid. In comparison, the U.S. has 184 unicorns and China has 93.

Demand for AI based products is on the rise in Japan as it grapples with a rapidly ageing workforce. With Japan's working population aged between 15 and 64 falling to an all-time low in January of just 59.5% of the total population, many companies are eager to adopt AI to help automate mundane tasks and free up human employees for more complex roles.

But the gap between the supply and demand of AI technology catering to Japanese businesses was on stark display at the conference, where SoftBank's exhibition mostly showcased AI related services developed by foreign companies.

Many of SoftBank's own AI offerings were also based on concepts developed abroad, such as a recently launched image recognition business for Japan that licenses technology from China's SenseTime.

"Many of our retail customers are looking for AI solutions like facial recognition technology," said one manager at a major Japanese IT vendor who came to the exhibition. "But Japanese companies lack an understanding of the market's needs."

Analysts cited Japan's unique lifetime employment system as one reason for the lack of startups that could also help explain why the country has fallen so behind when it comes to AI.

"In Japan, the number of entrepreneurs is small," said Nobuyuki Hata, professor emeritus at Japan's Kokugakuin University. "There are few people who take risks on their own and start business."

Eric Xing, founder and CEO of Petuum, a U.S.-based AI developer, said Japanese AI professors are great scholars, with research comparable to the U.S. "I think what [Son] is talking about is AI entrepreneurship," Xing said.

And while Japan has launched several programs to help fund and nurture new tech companies, critics say many of those startups are adopting some of local work practices that end up slowing down major Japanese corporations.

"Many Japanese startups are slow because they focus on the perfect level of quality," said Tong Liu, a 29 year old Chinese businessman working in a Japanese IT company. "In many cases, clients do not expect 100% quality but prefer 80% quality that they can use quickly."

Oyo, he said, has launched hotel and home businesses in Japan, while Paytm provided technology for a QR code-based payments service by SoftBank's mobile unit.

"In Southeast Asia, India, the U.S. and China, young entrepreneurs who started from scratch are revolutionizing business models using AI," Son said. "It is not too late, but Japan needs to catch up."