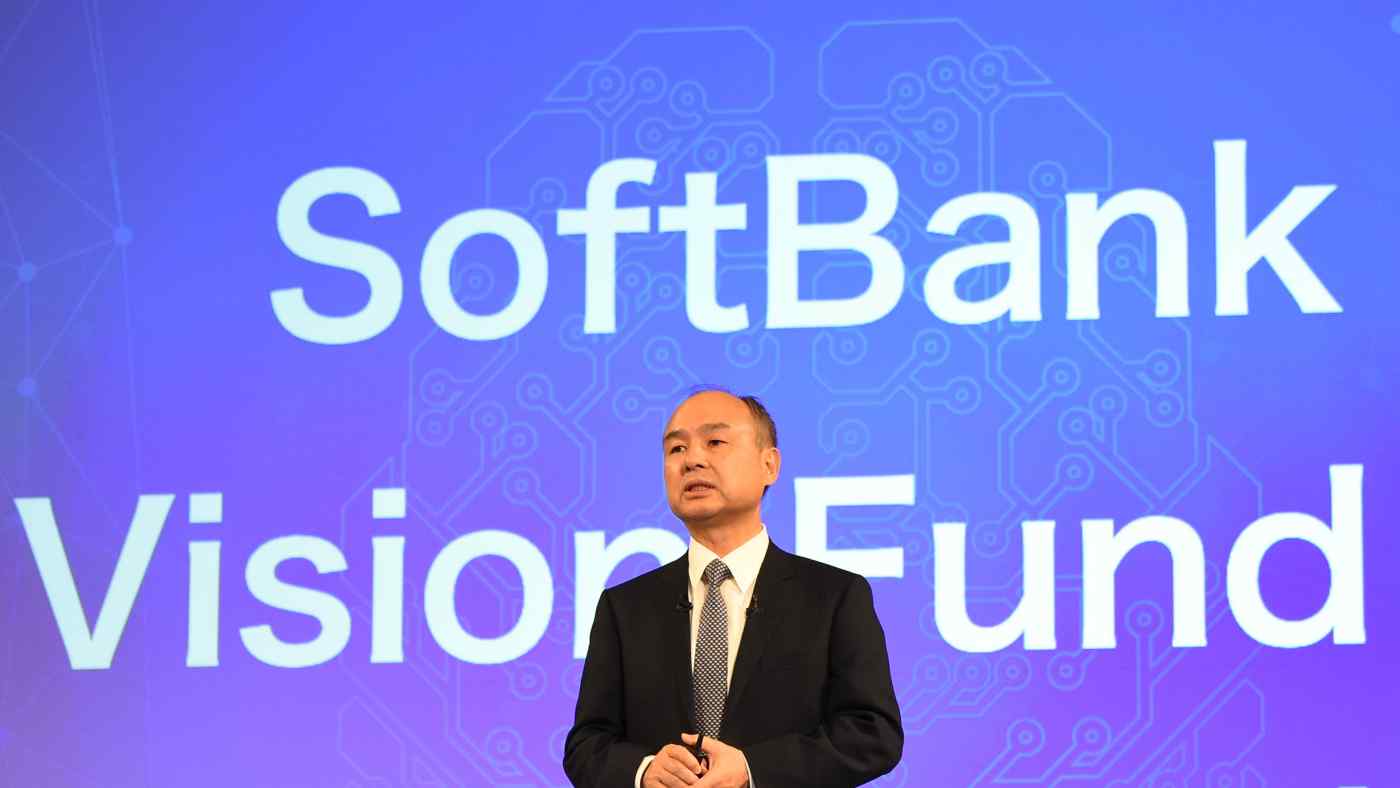 Masayoshi Son speaks during an earnings conference in Tokyo on May 9. (Photo by Yoichi Iwata)
May 30, 2019 15:52 JST | Japan
CopyCopied

NEW YORK (Financial Times) -- SoftBank's Vision Fund plans to borrow $4bn against its stakes in Uber and two other Silicon Valley groups, as the investment arm of the Japanese conglomerate looks to hand back cash to investors in its $100bn fund.

The fund is in discussions with banks, including Goldman Sachs, to arrange a loan secured against its holdings in Uber, which listed this month, and Guardant Health as well as its stake in soon-to-be-floated Slack, according to people directly involved in the deal. If the value of those stakes falls beyond a certain threshold, the fund will be obliged to stump up more cash, the people said.