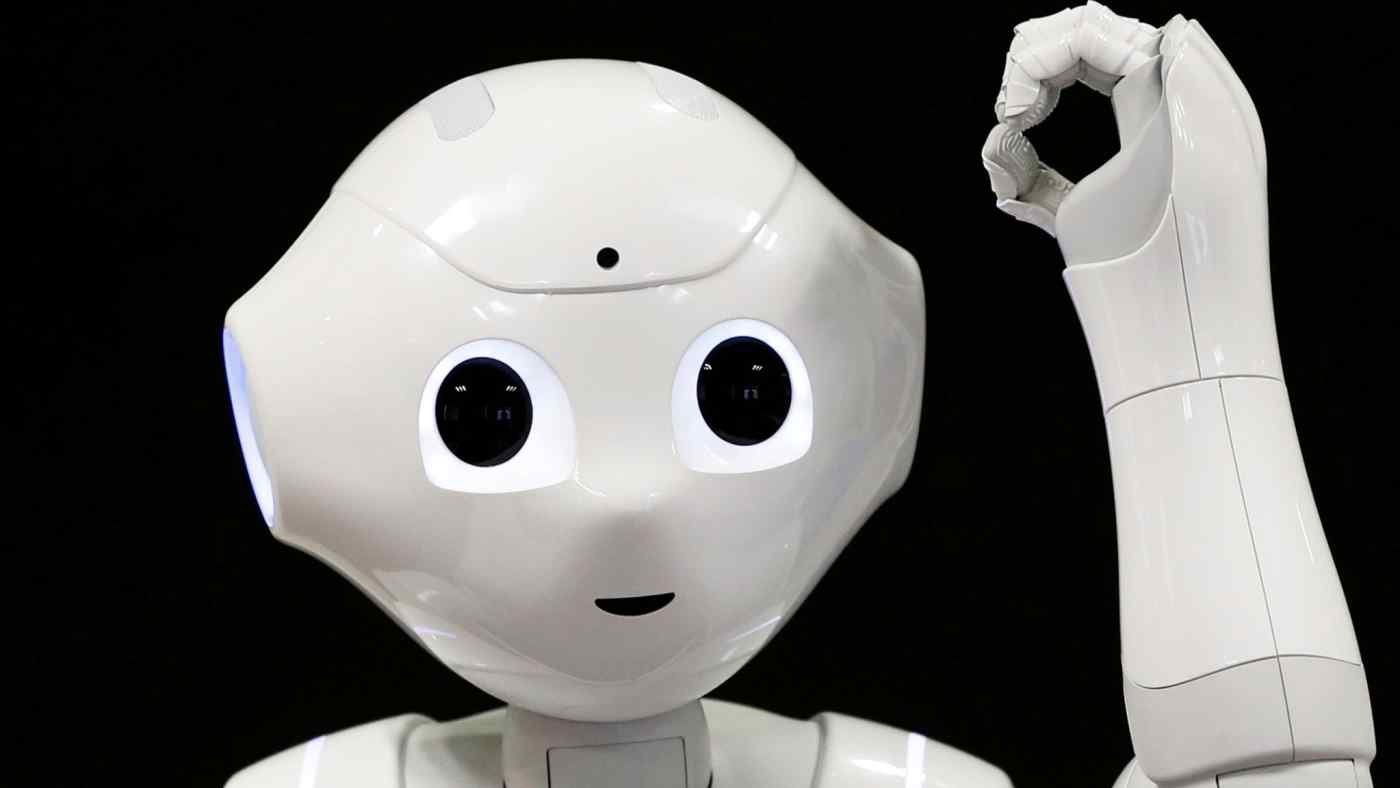 TOKYO -- The transformation of SoftBank Group from a mobile carrier into a global investment company is becoming more apparent, with its $100 billion Vision Fund outperforming its core Japanese telecommunications business in the three months ended June 30.

The group's operating profit surged 49% on the year to 714.9 billion yen ($6.41 billion) in results announced on Monday -- a first-quarter record.

Operating profit in the segment that includes the Vision Fund, a Saudi-backed technology investment vehicle launched last year, more than doubled to 239.9 billion yen. This contrasts with the segment centered on the group's Japanese telecom business, which rose just 1% to 221.7 billion yen.

"Whoever controls artificial intelligence will control the future," Chairman and CEO Masayoshi Son said at an earnings event here, indicating that the company will accelerate investment in AI.

This year's planned listing of the domestic telecom unit will help further distinguish the parent's role as an investment company. 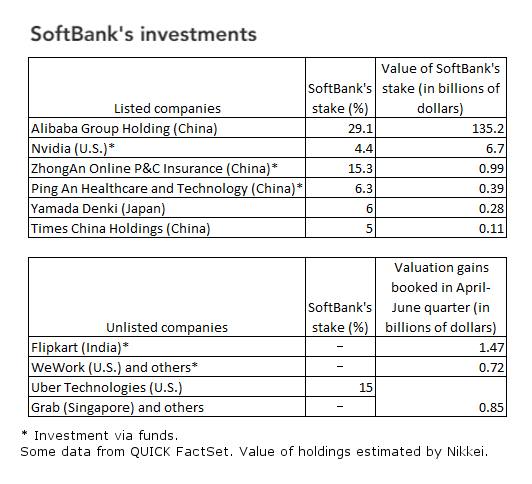 The Vision Fund has become the group's biggest profit generator, contributing a third of the total on an operating basis.

The majority of the profit growth came from the Vision Fund, Son said. The fund was investing in about 30 companies at the end of June.

But Indian e-commerce company Flipkart outshone the graphics processor designer in the April-June quarter. SoftBank booked a 164.2 billion yen gain on its stake in Flipkart, which has risen in value since Son's company agreed in May to sell it to U.S. retailer Walmart. Other investments, like American office-sharing company WeWork, also contributed through valuation gains.

Alibaba Group Holding is the most notable example of SoftBank's success as an investment company. SoftBank put around 2 billion yen into the Chinese e-commerce giant in 2000. Its 29.1% stake today is valued at $135.2 billion, helping to boost SoftBank's creditworthiness.