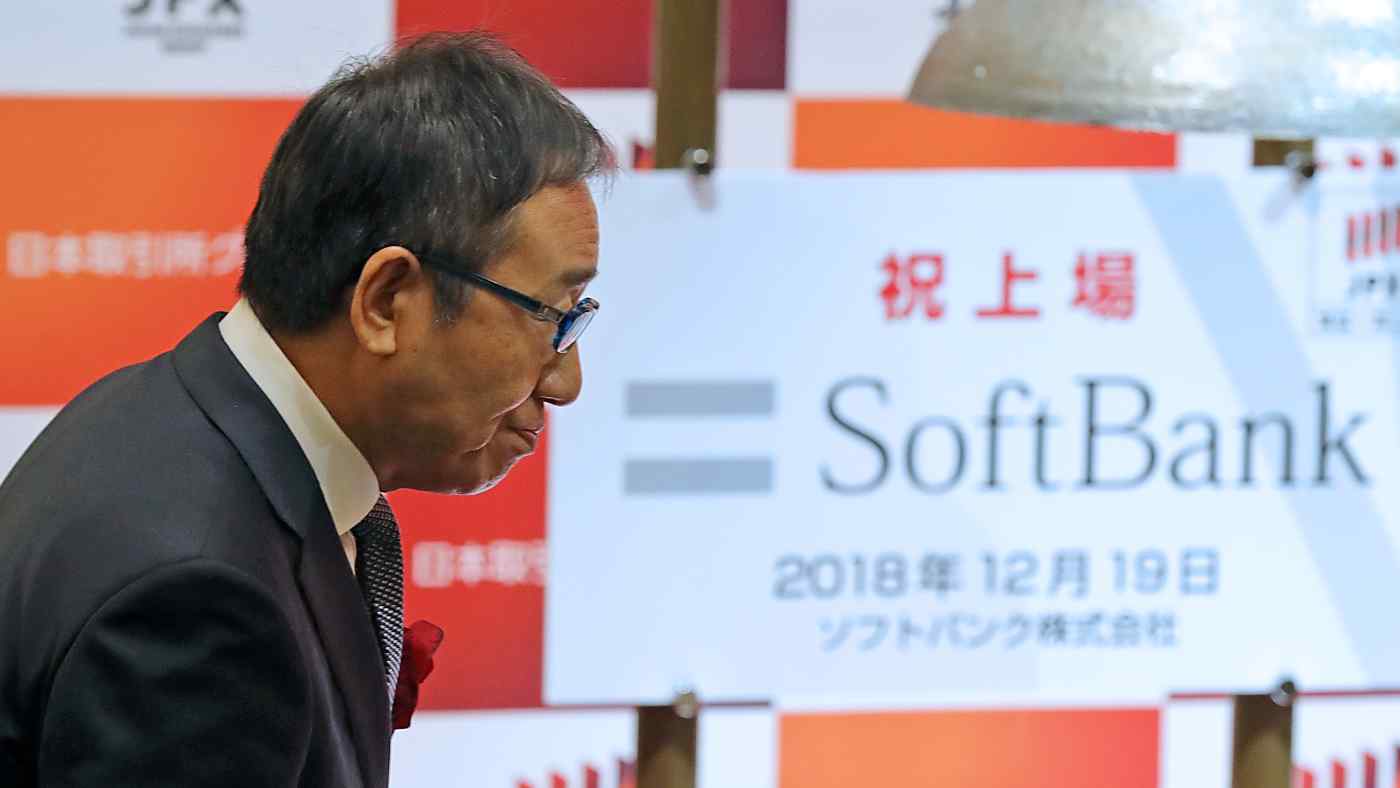 TOKYO -- Shares of SoftBank fell in their trading debut on the Tokyo Stock Exchange on Wednesday, marking a disappointing start for Japan's third-largest mobile carrier.

The IPO was the largest ever in Japan and second largest in history, raking in 2.6 trillion yen ($23 billion) for SoftBank's parent, SoftBank Group, which sold about 37% of the mobile phone service provider.

Of more than 50 Japanese IPOs during the past six months, SoftBank's was only the fifth in which the opening price was lower than the offering price. This raised concerns over souring appetites among Japan's retail investors, who snapped up the majority of shares.

"At this point, nobody who bought the shares is making a profit," said Tatsunori Kawai, investment strategist at Kabu.com Securities. "The dent in investor sentiment is inevitable."

The float comes amid global volatility in the financial markets. Japan's benchmark Nikkei 225 index fell as much as 1.1% on Wednesday morning, hovering at a nine-month low, as risk appetite eroded ahead of monetary policy decisions in the U.S. and Japan. The yen strengthened against the U.S. dollar, pressuring shares of export-oriented stocks.

Some analysts believe SoftBank's large market capitalization will provide support over the short term. Softbank could be included in indexes, which will prompt index-tracking funds to buy the stock. Travis Lundy, an analyst at investment research site Smartkarma, estimates these inclusions to generate 663 billion yen worth of buying activity until the end of January. That will create fresh selling pressure on other Japanese stocks.

SoftBank has around 40 million mobile subscribers, around a quarter of the market, trailing KDDI and NTT Docomo. It reported 3.54 trillion yen in revenue and 412 billion yen in net profit for the year ended March.

The outlook for Japan's telecommunications market is uncertain, given mounting pressure from the government to lower prices ahead of a consumption tax hike in 2019. But SoftBank has ramped up excitement among retail investors by offering a high dividend payout target of 85%, which translates into a dividend yield of 5%.

SoftBank's listing is the latest in a busy year for IPOs in Japan. In all, 91 companies are expected to go public by the end of 2018, the second-highest level in a decade.

Their performance has lacked luster, however. Shares of 60 of the 78 companies, nearly 80%, that have listed this year are trading below their opening price.