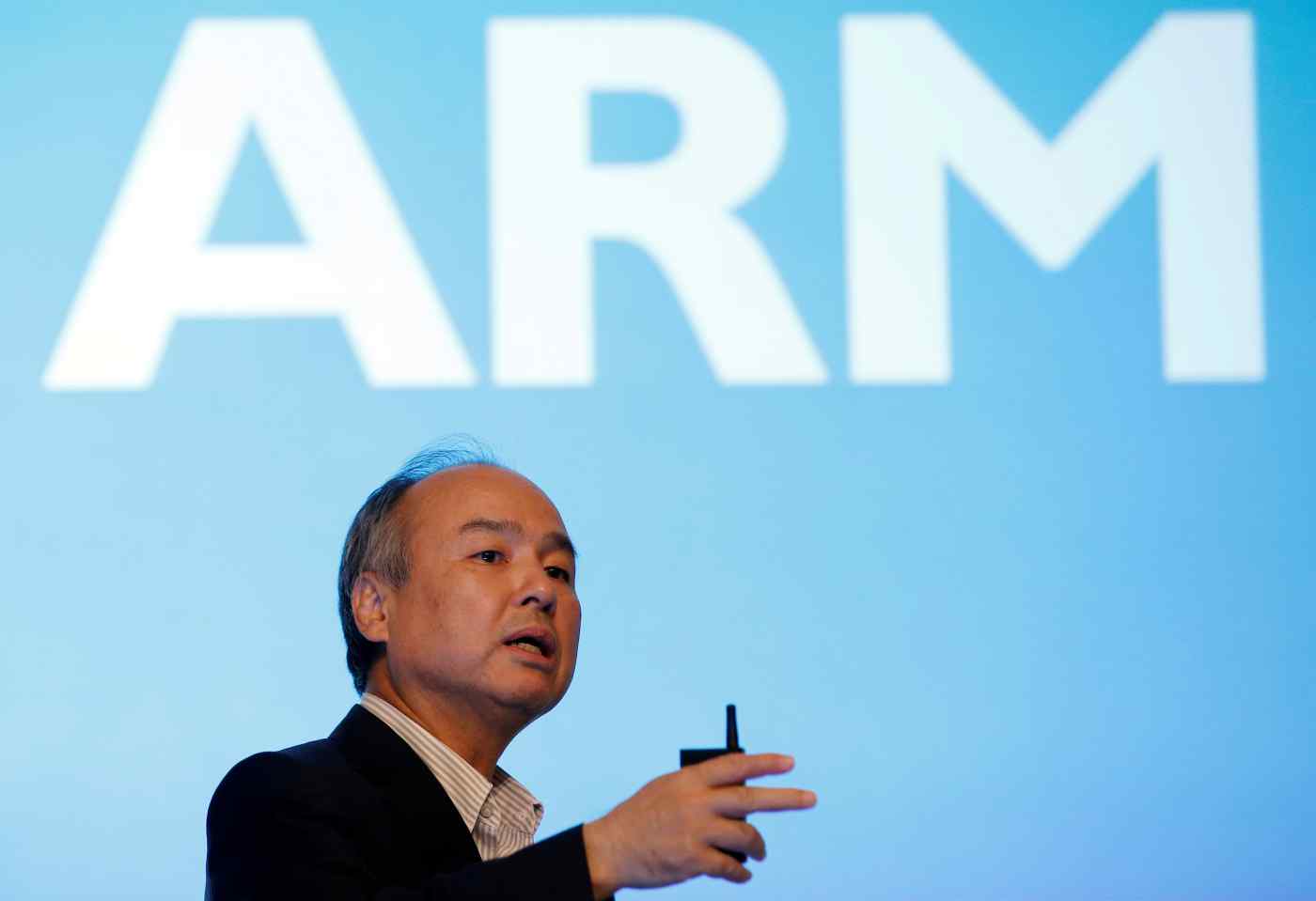 TAIPEI -- British chipmaker Arm Holdings, a SoftBank Group subsidiary, will cede control of its Chinese operations to a new joint venture involving itself and Chinese partners, people with familiar with the matter said.

The joint venture began operations in April and plans for an initial public offering on one of the country's stock exchanges, these people said.

Arm mini China, as the unit will be called, is officially registered in the southern Chinese city of Shenzhen and is 51% owned by Chinese investors, including state-backed entities, with Arm controlling the remaining 49%. It will be responsible for handling all the licensing and royalties business with local partners.

Arm is one of the most influential chip technology providers in the world. The company's chip blueprint is used in roughly 90% of mobile devices globally.

Companies including Apple, Samsung Electronics, Huawei Technologies, Qualcomm, Broadcom, MediaTek and many others all need to license technology from Arm to develop chipsets for smartphone, tablets, wearables and various connected devices. Developers also need to pay royalties to Arm to sell their chips.

The creation of Arm mini China marks a breakthrough for Beijing. The Chinese government has sought to develop its own semiconductor industry, cut reliance on foreign suppliers and gain control of sensitive chip technologies that come with national security implications.

A number of prospective semiconductor deals involving Chinese funds have been blocked by the U.S. government on security grounds. Washington has recently moved to ban Chinese smartphone maker ZTE from using American components and is investigating its larger peer Huawei Technologies.

These developments have impressed on Beijing the need to localize China's chip supply chain as quickly as possible.

"With this joint-venture, China expects to secure sources of technology, especially for some sensitive chips that later go into government or other security uses," said a Chinese chip industry executive.

"China does not need to worry whether other countries like the U.S. could somehow pressure Arm to provide less support for Chinese companies."

Rene Haas, Arm's executive vice president, told the Nikkei Asian Review in May 2017 that the joint venture would be the first for his company to engage in the transfer of technologies. Haas added that it would provide access to a market that had previously been closed to Western companies.

Arm has not disclosed its sales figures for China, but analysts estimate that the country accounts for roughly 25% of its revenue. For the year ended March 2017, the company generated $1.68 billion in revenue. The Chinese market grew faster than any other and could become the company's largest within five years, Haas said in the interview.

It is unclear if the pricing structure of the newly created unit will be different from the parent company, and how many employees will be transferred to it.

The company's plans for an IPO tie in with Beijing's efforts to persuade high-tech companies to list in China.

According to the people familiar with the matter, the plan would likely receive fast-track approval from regulators, as did battery maker Contemporary Amperex Technology and Foxconn Industrial Internet, a unit of major iPhone assembler Hon Hai Precision Industry.

Japan's SoftBank bought the British company in a $32 billion deal in 2016. Around 20 billion chips using Arm's intellectual property were shipped in 2017, according to the company.

SoftBank and Arm did not immediately respond to requests for comment.