HONG KONG -- Sogo department store operator Lifestyle International Holdings is "prudently optimistic" about the retail market outlook for the second half of the year on signs of recovery in the sector.

"We saw an increase of tourist arrivals in July and same-store sales growth in both our malls," said Chief Financial Officer Terry Poon Fuk-chuen at an earnings conference on Monday. "We are confident of the second half, but we don't expect to see exponential growth. There are still some macroeconomic factors to be considered."

In the first half of 2017, Lifestyle's sales inched up 1% to 4.67 billion Hong Kong dollars ($599 million), in contrast to Hong Kong's retail sector which contracted 0.6% during the same period. 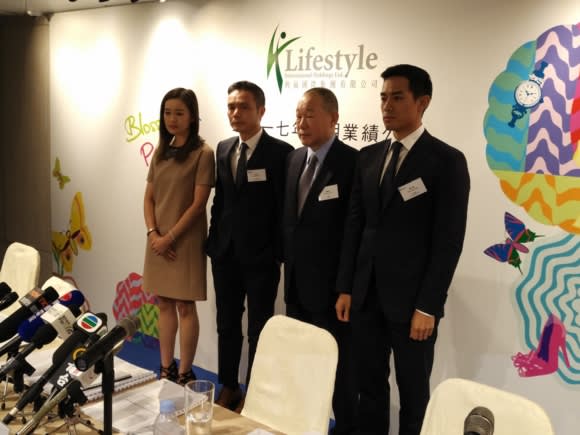 Lifestyle's net profit almost tripled year-on-year to HK$1.72 billion in the first half, helped by a one-off gain on a disposal of its 59.6% interest in subsidiary Lifestyle Properties Development for HK$420.8 million.

The flagship Causeway Bay outlet saw same-store sales in the first half drop 1.5% on the year, dragged down by the renovation closure of its Freshmart supermarket for two months. Same-store sales at its Tsim Sha Tsui outlet, however, expanded 17.7% thanks to strong demand for cosmetics and skincare products.

Lifestyle said it is on track to open its third Sogo store in 2022 in Kai Tak, where the old Hong Kong international airport was located. It outbid seven rivals in November 2016 to acquire the commercial site for HK$7.39 billion.

The Kai Tak site will be home to two 18-story towers consisting of a gross floor area of over 100,000 sq. meters. Total development cost is estimated at HK$13 billion.

Lifestyle said construction work would commence in the fourth quarter this year and be scheduled for completion by late 2021.

"The positioning of our Sogo in Kai Tak will be similar to that of the Causeway Bay, but it's not going to be a boutique style concept," said Chairman Thomas Lau Luen-hung.

He said the new mall would retain the Japanese elements for which the brand was famous, and adjust product mix to cater to the residents of Kowloon district.

The company expects full-year dividend payout to at least remain the same level as last year's, which was 34.3 Hong Kong cents per share.

Shares of Lifestyle closed up 2.15% at HK$11.38 on the Hong Kong Stock Exchange after releasing the first-half earnings.