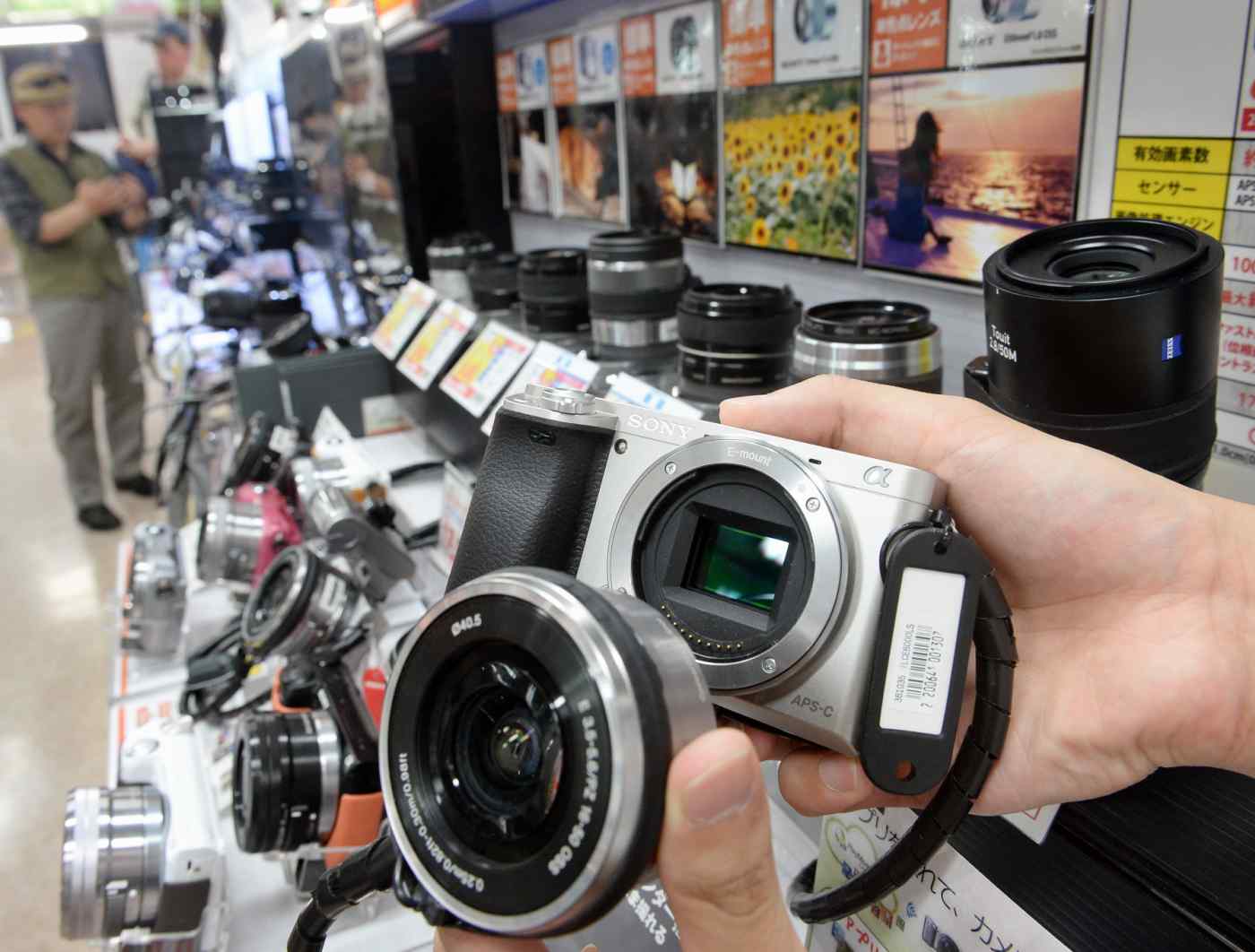 TOKYO -- The once-mighty Sony is looking for salvation in digital cameras and other imaging products. But with the electronics market maturing and its business model losing effectiveness, the Japanese company faces a tough road to recovery.

At Foto Meyer, a camera shop in Berlin, customers are often seen carefully examining interchangeable-lens cameras and turning to shop clerks for advice. They are mostly interested in mirrorless cameras, which account for 60% of the shop's sales, according to an employee there. 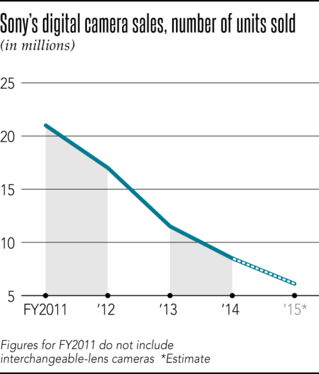 Mirrorless cameras are small, light and have an interchangeable lens that does not have a mirror reflex optical viewfinder. The first model was developed by Japan's Panasonic in 2008. Sony introduced its own version in 2010. But the cameras did not fare particularly well against single-lens reflex cameras. This was especially the case in the U.S. and Europe.

But that has changed in a big way. According to one industry group estimate, Germany's mirrorless camera market is expected to grow about 150% by volume in 2015 compared with 2012, while the U.S. market is seen expanding 80%. Much of this consumer "awakening" to the allure of mirrorless cameras has been attributed to Sony.

The arrival of a Sony mirrorless model with a full-frame image sensor had a big impact on the market, said Rainer Martin, president of Fotomax, a major German camera distributor.

Full-frame cameras use a large image sensor equivalent in size  to that used for conventional 35mm cameras. High-end cameras for serious amateurs and professionals are usually full-frame. Full-frame is synonymous with high-resolution, and consumers are hungry for it, Martin said. In 2013, Sony introduced the full-frame mirrorless Alpha 7 series, completely changing the image of mirrorless cameras, which were generally seen as the lesser cousin of SLRs.

Sony began developing the Alpha 7 series in 2012 out of fear that the company "could be weeded out," Executive Vice President Shigeki Ishizuka said, looking back at that time. Ishizuka oversees Sony's imaging products and solutions business. After the company entered the mirrorless market, there was "a sense of stagnation" because the consumer transition away from traditional camera makers, such as Japan's Canon and Nikon, did not occur as smoothly as Sony had hoped, he said.

Adding to the difficulties was the rapid contraction of the digital camera market due to the growing popularity of smartphones. Sony decided to shift its focus to a different target. "We concluded that a market for professionals definitely exists," said Kimio Maki, senior general manager of the digital imaging business group.

"If we don't conquer the market for sophisticated amateurs and professionals, we will never become professionals ourselves," Ishizuka said. He decided to funnel a large chunk of the company's resources into developing full-frame cameras. "We learned that people won't buy our products unless we improve our brand," Ishizuka said.

In the two years through October, Sony's share of the full-frame camera market is estimated to have surged by about 400% in Germany and about 600% in the U.S.

The success of the Alpha 7 owes much to the shift in Sony's focus. "We had nothing to lose, which allowed us to take risks," Ishizuka said. As a late entrant, Sony was wise to spot a niche in a market mostly dominated by established players like Canon and Nikon. Their business depended on a solid customer base built up over years, selling as many cameras as possible and making profits on high-margin interchangeable lenses. Sony found that the companies' loyalty-based approach to marketing prevented them from focusing on developing full-frame mirrorless cameras.

In its medium-term strategy for the three years from fiscal 2015, Sony prioritizes the imaging business for generating steady profits and a positive cash flow. It expects sales in the segment to hold steady at around 720 billion yen ($5.82 billion) in the current fiscal year ending in March 2016, and targets an operating profit of 58 billion yen. Though that would represent a 40 billion yen drop in sales from the 2011 level, it would be a threefold jump in operating profit. Crucially, profit margins for Sony's imaging business are higher than for its TV operations, which only recently returned to the black. The imaging business could become one of the company's leading electronics operations.

Still, Sony has a long way to go to match the likes of Canon and Nikon. U.S. market research company IDC estimates that Canon controls 43% of the global market for interchangeable-lens cameras by volume, with Nikon holding 32% and Sony just 13%. Although Sony prioritizes profitability over volume, stable growth requires a certain degree of scale.

While Sony has built up a winner with mirrorless cameras, it has found itself outmaneuvered in video cameras. GoPro of the U.S., for example, invented a wearable camera by drastically shrinking a conventional video camera, ending Sony's dominance in that corner of the market. The rise of smartphones, with their ever-improving cameras, is also a threat.

In the fast-changing market for digital cameras, companies seeking an edge need to find ways to make their products stand out. Sony must keep this in mind if it wants to make the mirrorless segment a cash cow.