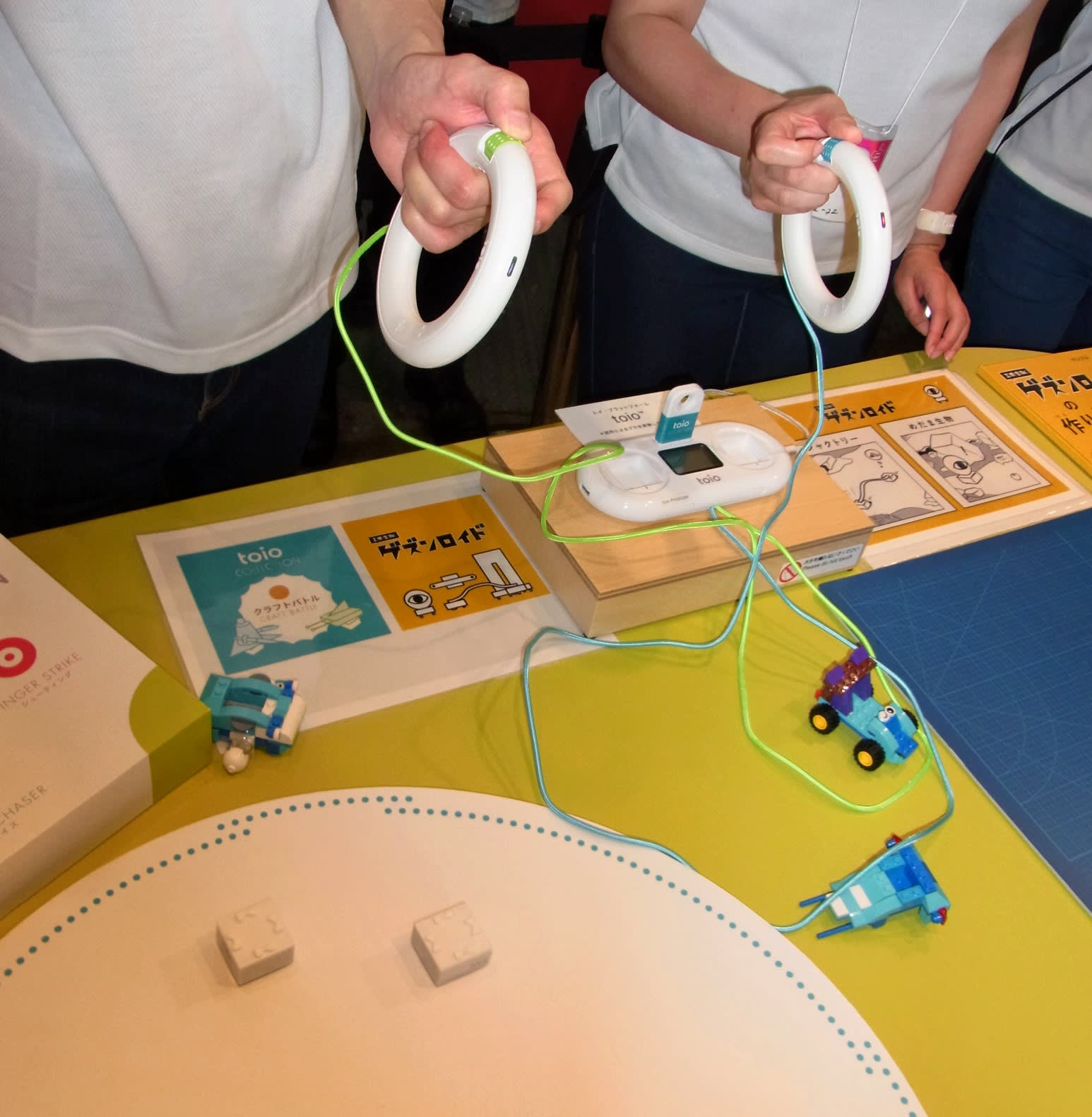 TOKYO -- Hoping to restore the power of its brand among children who do not necessarily equate it with fun, Sony plans to release its first toy in more than a decade in the coming months.

The company brought the remotely controlled Toio cube to the International Tokyo Toy Show, which opened Thursday. Sony's PlayStation game consoles are sold by a subsidiary, making the Toio the first toy from the parent in 13 years.

An online video teaser around a week ago generated social media buzz that lured an enthusiastic crowd to Sony's booth at the trade show.

The Toio system consists of motorized matchbox-sized cubes paired with ring-shaped handheld controllers. Kids attach paper cutouts or character figurines to the cubes, allowing them to be moved around remotely. The roughly 20,000 yen ($179) system debuts in December.

The movements of two cubes colliding can also be recorded. "It should be fun for people to see their own creations move around," Toio developer Akichika Tanaka says.

Up through the 1990s, Sony actively released such products as the My First Sony audio system and the Aibo robotic dog to broaden its fan base.

But these frequently proved unprofitable, forcing the company to drop them one after another as earnings declined. The Talking Card system for language learning was discontinued in 2004.

Sony has recovered by offering greater added value through such offerings as ultrahigh-definition 4K televisions and high-performance digital cameras. Thanks to these efforts, the electronics segment turned its first profit in five years in fiscal 2015. Sony now projects a near-record operating profit of 500 billion yen for the current year ending March 2018.

Still, Sony's core fan base consists of 40-something and older men with an eye for features and quality. The company has come to offer few items that children can buy with their saved-up allowances, an official admits.

And while the PlayStation enjoys its own powerful brand image, many young gamers do not associate the consoles with Sony. Younger fans are a must for the company to chart a growth path going forward.

Sony ranked as the world's 18th-most-valuable brand back in 2000 but had slipped to No. 58 in 2016, according to the Interbrand consultancy of the U.S.

After hitting a low in 2012, its share price has quintupled through this year as earnings have enjoyed a V-shaped recovery. Yet Sony's low brand ranking highlights the widening gap in market and consumer perceptions.

President Kazuo Hirai seeks to strengthen consumer electronics, which he calls the last inch of the user experience. For continued earnings growth in electronics, Sony needs offerings that can capture young hearts.

The Toio is the 12th project of a new-business initiative that Hirai launched in 2014, with developer Tanaka involved from the start. Toys are the focus of this effort aimed at reviving the startup spirit from the days of its founding.

Eighteen years ago, on June 1, 1999, the just-released Aibo sold out in 20 minutes. If the Toio can make Sony hip among kids once more, innovation is likely to gain momentum.