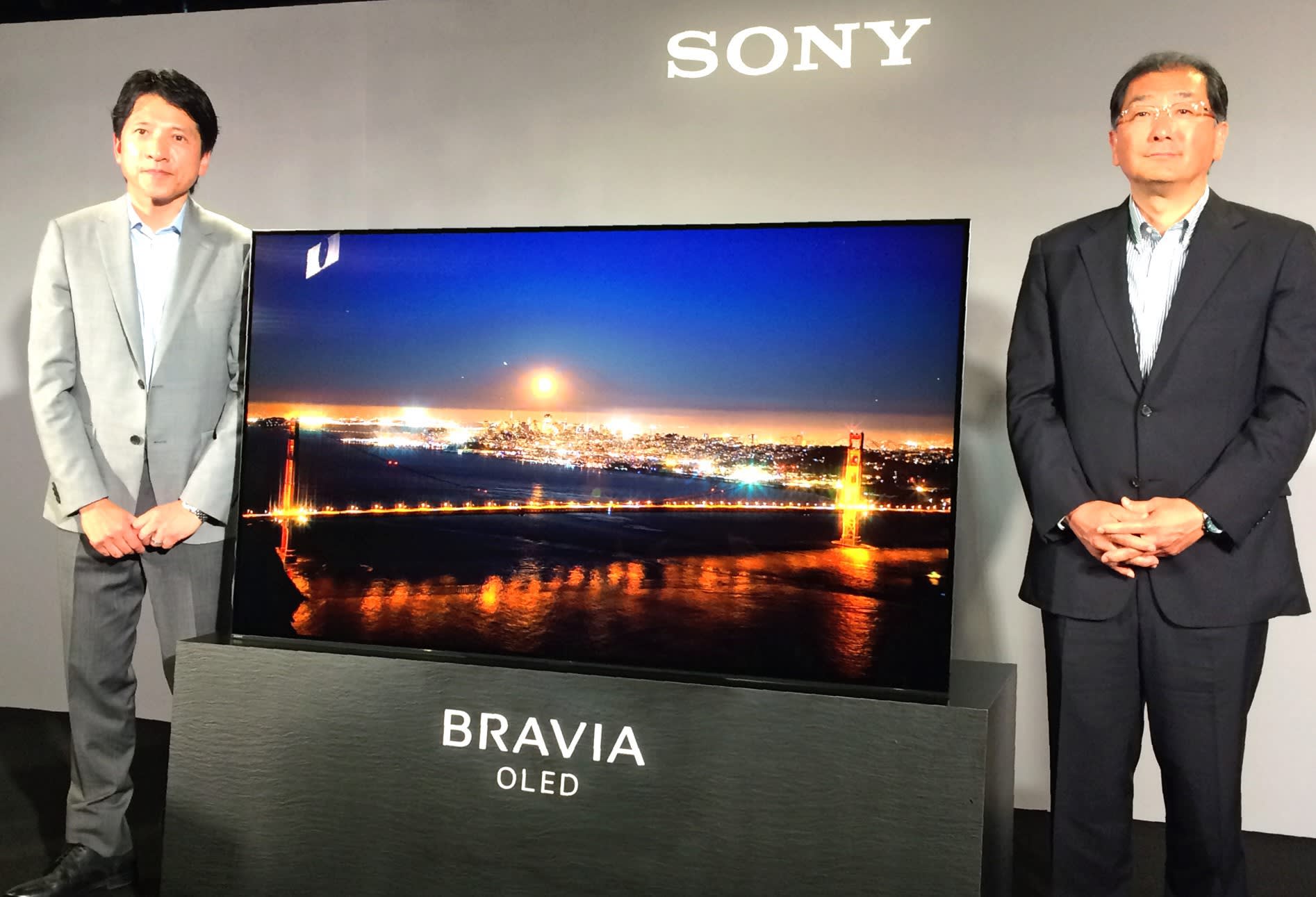 TOKYO -- Sony's high-definition OLED television, which hits domestic stores next month, will mark a return after sales were halted in 2010. But instead of maintaining its fiercely independent streak, the Japanese group is enlisting the aid of South Korea's LG Display this time around.

The Bravia A1 series, which Sony said Monday will go on sale June 10, will carry a price tag of around 800,000 yen ($7,092) for the 65-inch model, while the 55-inch will go for about 500,000 yen. Not only does the organic light-emitting diode display generate realistic hues, it also doubles as a speaker. These sets do not come equipped with conventional speakers since the thin, bendable OLED layer is capable of emitting sound vibrations.

LG Electronics, sister company of Sony's panel supplier LG Display, also produces its own OLED TVs. Japan's Toshiba and Panasonic are rivals as well. "OLEDs will really take off this year," said a source from a major Japanese electronics retailer.

Sony developed a prototype OLED TV in 2001 and launched the world's first household model in 2007. But those 11-inch sets failed to attract buyers, and Sony suspended sales in 2010.

Around that time, a glut in global LCD supplies led to a drop in prices, sending TV segments across the board into the red. Sony withdrew from a joint panel operation with South Korea's Samsung Electronics. The Japanese company's TV business later underwent restructuring and a spinoff.

Sony merged its OLED panel business with Panasonic's, and that unit is due to become a subsidiary of Japan Display later this year. Sony no longer has in-house panel technologies for consumer TVs.

The company is making a comeback to big-screen OLEDs because "the performance of the panels we can procure have reached a convincing level," said Ichiro Takagi, executive vice president at Sony.

The group continued to develop professional-use TVs and advanced image processing technology even after suspending sales in 2010 in order to "be in a position to release [a new model] at any time," said a Sony executive.

Sony used to pride itself on its independently innovative spirit, but now it is attempting to differentiate itself while dividing specializations across borders. LG controls a near-monopoly on supplying OLED panels to manufacturers. The same Sony executive said the company is banking on its own "Sony-like image production" to set it apart from the competition.

The group's TV business is already rebounding on the success of 4K LCD sets, whose panels are also procured externally. The segment posted its first operating profit in 11 years in the full year ended March 2015. The black ink last fiscal year apparently exceeded fiscal 2015's 25.8 billion yen by more than 10%.

Sony aims to capture at least a 10% share of this year's flat-screen TV market by value, up from 8.5%. These hopes are being reflected in the Tokyo stock market as well.

On Tuesday, Sony's market capitalization stood at 5.04 trillion yen, crossing the 5 trillion-yen threshold for the first time since June 2008. The stock price also finished 4% stronger at 3,989 yen. Market caps at Mitsubishi Electric, Panasonic and other competitors remain in the 3 trillion yen region.

Although the results of Sunday's French presidential election provided a lift to Sony, which has relatively large operations in Europe, investors also have their eyes on this financial year's rosy outlook. Sony expects group operating profit to soar 70% to 500 billion yen. That outcome would only be bested by the record 525.7 billion yen set in 1998.

Because Sony's forecasts are conservative, there is a chance the projections could be upgraded, said an official at a Japanese brokerage.

But despite the superior sound and picture qualities of those TVs, the perceived value to consumers is being eroded by smartphones, which allow on-demand mobile streaming.

Even OLEDs are beginning to be commoditized. The mainline price of 55-inch models sold in stores has fallen to around 300,000 yen.