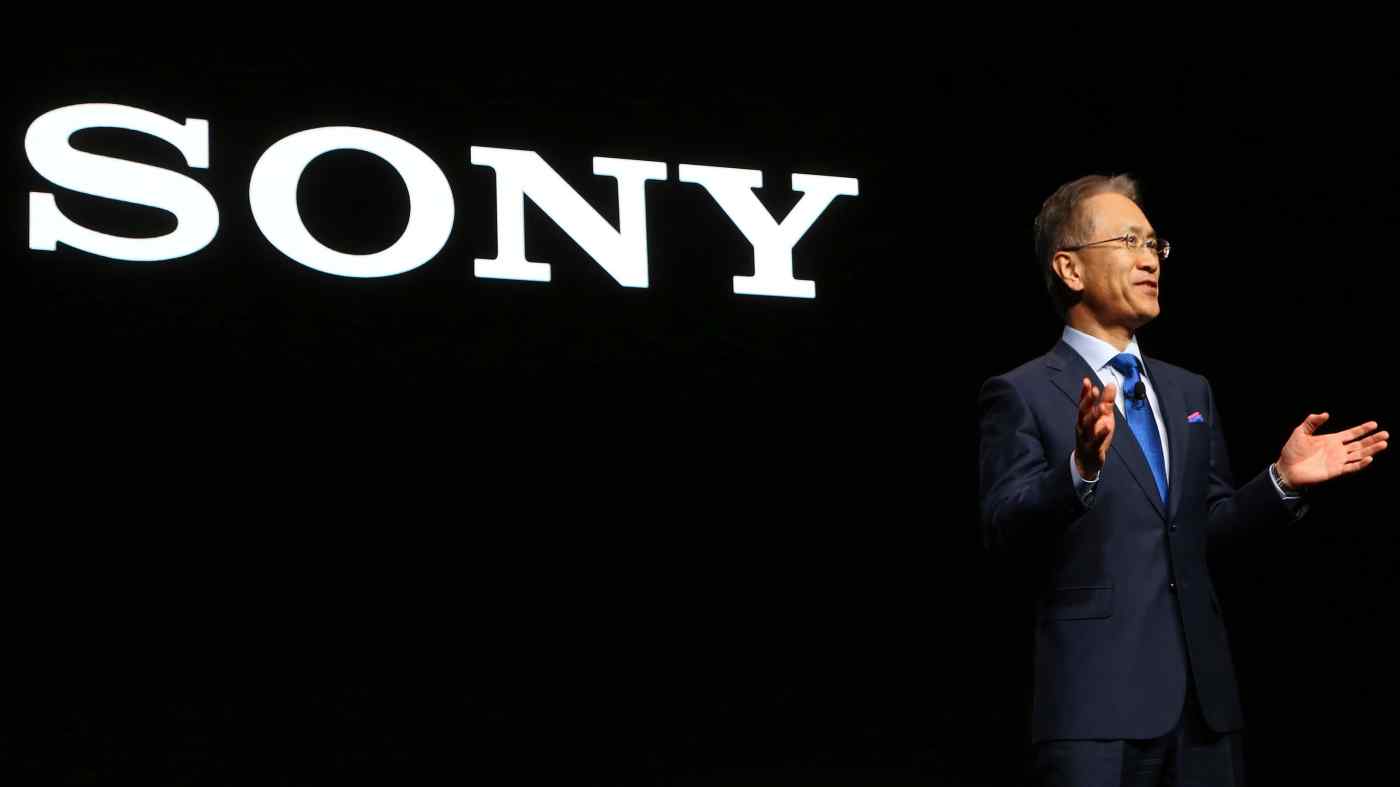 TOKYO -- Sony has revealed a fall in annual operating profit and expects a sharper drop this year as disruptions from the coronavirus throttle several of its businesses.

The Japanese group said at an earnings conference on Wednesday that the uncertainties caused by the pandemic prevent it from offering a concrete profit forecast for this year. However, Chief Financial Officer Hiroki Totoki said during the online event that at this moment Sony anticipates a 30% decline in operating profit for the 12 months ending next March.

The company's lackluster performance was mainly due to weak sales of electronic products such as TVs, smartphones and digital cameras. The coronavirus outbreak contributed to weak sales as consumers stayed home during a wave of lockdowns around the world, while factory shutdowns in China and Malaysia led to supply shortages.

Sony also struggled to sell PlayStation 4s as well as games for the 6-year-old console. The company said hit titles from the previous year, such as Marvel's Spider-Man, adversely affected comparisons with the year just ended.

Totoki said Sony is "concerned and looking closely at the slowdown of the smartphone market," as demand shrinks due to the coronavirus.

"Currently we expect sales for the current year to remain at the same level as fiscal 2019," he said, adding that there are concerns consumers might shift away from high-end smartphones.

Sony said it is also seeing an impact on its movie and music business due to COVID-19 as productions are put on hold and other companies trim their marketing expenses, which will limit music licensing fees Sony earns.

Sony in February had raised its forecast for the year's annual operating profit by 5% to 880 billion yen, as it expected strong sales of image sensors, used mainly for smartphones.

But management had warned investors that the coronavirus disruptions could wipe out the upward revision.

CEO Kenichiro Yoshida told the Nikkei Asian Review in an interview last month: "It is too early to tell what kind of change [there will be] but we will have to adapt to the new world."

Sony plans to disclose a detailed full-year forecast at its first quarter earnings announcement in August.