Diverse earnings and focus on margins fuel recovery and growth

TOKYO -- Just six years after tumbling into financial crisis, Sony expects to log its first record profit in two decades in the year ending March 2018 -- a quick turnaround that sets the stage for another round of growth investment, according to Kazuhiko Takeda, Sony's head of corporate planning.

Investors rejoiced when the 630 billion yen ($5.61 billion) operating profit forecast came out at the end of October, sending Sony shares to their highest in more than nine years in the following days. And while the company's past struggles have triggered broad selloffs in Tokyo, Takeda said in a recent discussion with The Nikkei that he is confident of Sony's prospects, crediting improvements at its electronics operations and a more diverse earnings structure.

A: President Kazuo Hirai came into his position just after Sony booked its largest-ever net loss in the year ending March 2012, and has spearheaded structural reforms since. We have shifted focus to high-priced products and wide profit margins -- cutting fixed costs let us lower the break-even point for our televisions by 30%.

Our electronics businesses, including video games and semiconductors, are now poised to log record operating profit in excess of 480 billion yen [before adjusting for consolidation]. Other businesses such as movies, music and finance give us a well-balanced earnings structure. 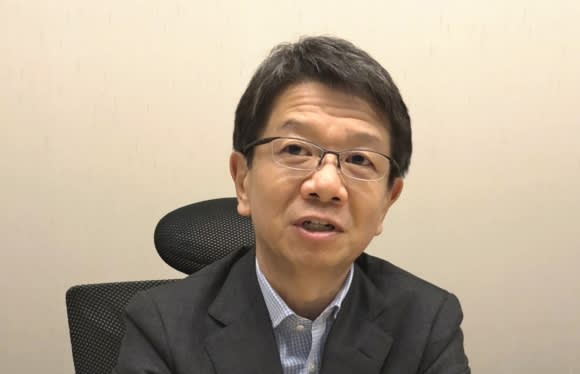 Q: Between August and October, Sony raised its operating profit forecast for the year ending March 2018 from 500 billion yen to 630 billion yen. Is that figure really achievable?

A: All of Sony's businesses combined anticipate 680 billion yen in profit. We subtracted 50 billion yen from that figure to account for risks such as an economic downturn and foreign-exchange shifts. That should be enough to cover anything that happens by the end of March.

Q: So it's possible Sony could exceed its profit forecast?

A: At the moment, we can say with certainty that 630 billion yen is achievable. But even our strongest operations have issues to be tackled. Our greatest risk now is losing our intensity.

Q: What sort of issues?

A: Our semiconductor business, for example, is set to return to the black this year with 150 billion yen in profit, thanks to the rise of dual-camera smartphones propelling sales of camera sensors. But Sony is behind the ball on 3-D sensors, a field where features such as facial recognition are expected to create new demand. We plan to catch up by developing new offerings with a Belgian company we purchased in 2015.

At our gaming business, sales of the PlayStation 4 are strong heading into the holidays. But we can't ignore the Nintendo Switch, which has also captured consumers' attention. Our business model involves selling both the game console and the software for it, so we're working to get more customers paying continuously for content, for example through paid subscription services.

Q: Can you keep profit climbing next fiscal year and beyond?

A: It's not as though we're satisfied with just the 630 billion yen target for this fiscal year. Our recovery certainly isn't over. The first step is to maintain a high level of profit. Then we can start investing in our next phase of growth.