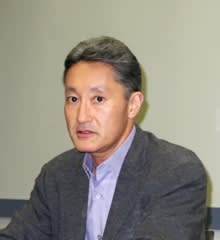 LAS VEGAS -- Sony will ramp up marketing of smartphones in the U.S. and China, aiming to double its global sales volume in two years, according to Chief Executive Officer Kazuo Hirai.

"We've built the foundations in Japan and Europe," Hirai said in an interview with The Nikkei here, where the Consumer Electronics Show kicked off Tuesday. He explained that a joint venture with Sweden's Ericsson that Sony turned into a wholly owned subsidiary at the start of 2012 has spearheaded such efforts. "From now on, we'll put more resources into the U.S. and Chinese markets," he added.