Soup's on: Japan's Ippudo wants to be the world's ramen chain

Noodle purveyor customizes eateries to fit the tastes of each market 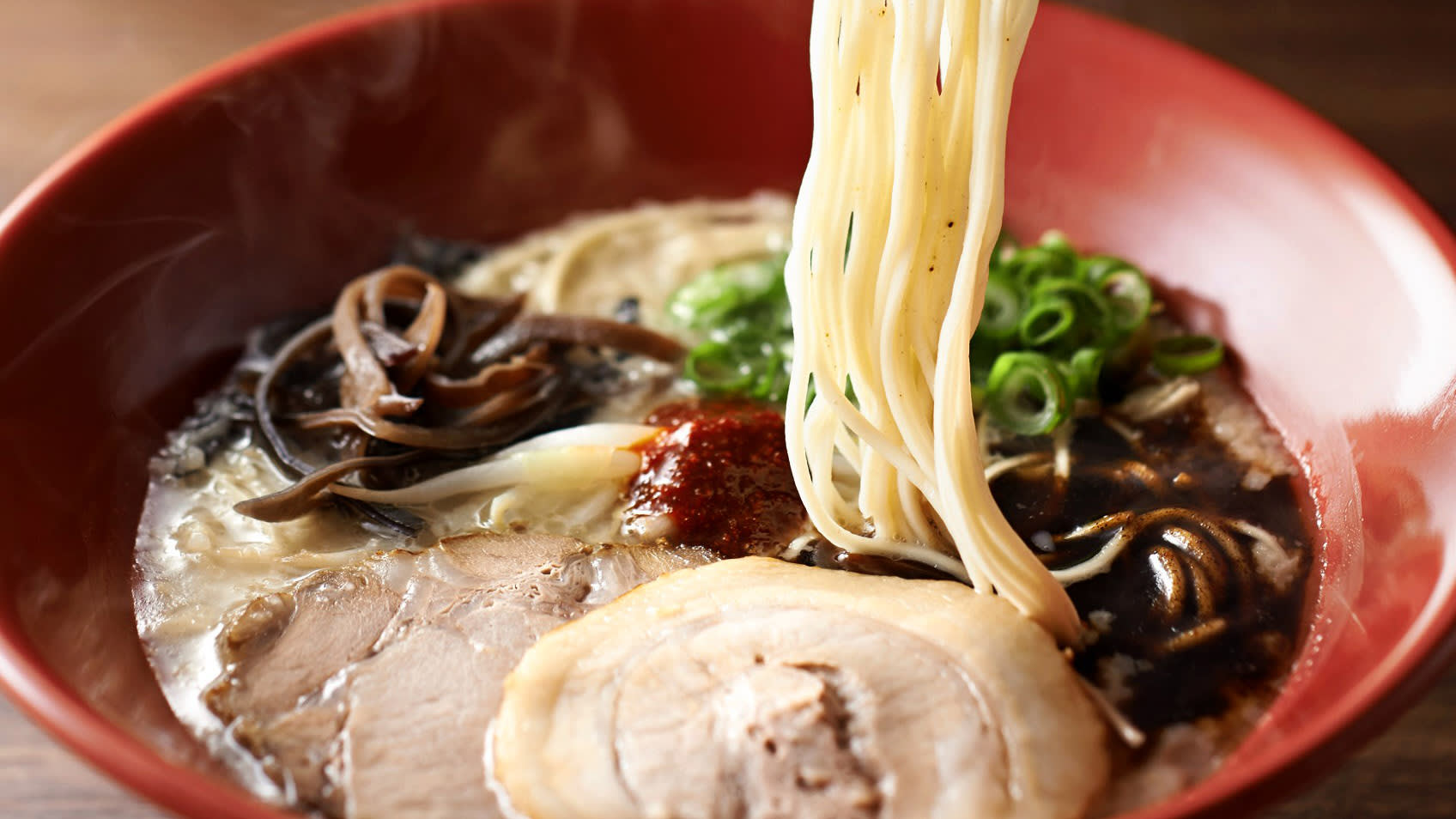 Ippudo specializes in pork-bone broth ramen but the chain tailors its menus to local preferences. (Courtesy of Chikaranomoto Holdings)

A decade after it opened its first overseas Ippudo restaurant in the Big Apple, Chikaranomoto Holdings is on a mission to become a truly global business. It had 120 foreign shops at the end of September, versus 156 in Japan, and it plans to continue expanding to reach a combined total of 600 by March 2026.

Chikaranomoto wants to maintain that momentum. So on Oct. 9, about 100 managers of Ippudos in 14 countries and territories gathered in Tokyo for a training program -- the first of its kind. In a three-day workshop, participants from both Japan and abroad exchanged opinions on, basically, ways to sell more ramen.

One recommended using pictures on menus in China. Another offered suggestions for bringing in more customers in the Philippines. Angelo Cheung, general manager of the Ippudo Australia chain, said he found the program energizing and came away with practical ideas to try.

"Now is the time for us to step up efforts [toward overseas expansion]," Chikaranomoto Holdings President Shigemi Kawahara said. The Tokyo training program, he said, offers a chance to hear from local managers about any unique challenges they face and introduce more systematic processes. 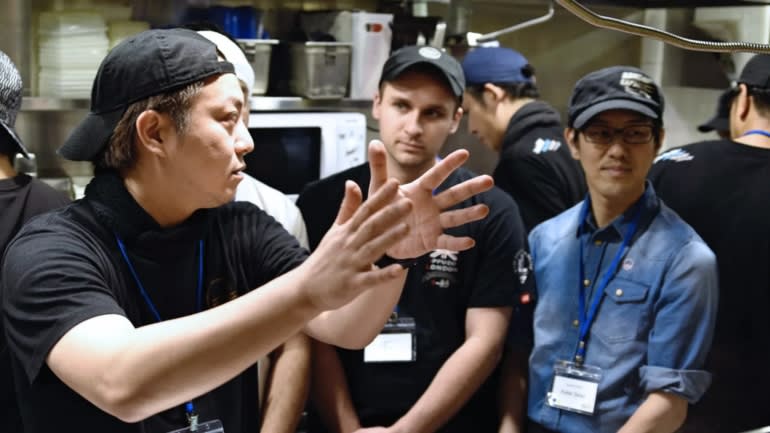 Ippudo managers from around the world gathered for training in Tokyo in October. (Courtesy of Chikaranomoto)

Back in 2008, when it brought its flagship Ippudo brand to the U.S., Kawahara said, "If we achieve success in New York -- a hub for people, things, money and information from around the world -- we will be able to establish a global presence." Continuing a push into the world's great cities, the chain landed in London in 2014 and Paris in 2016.

The opening of the first New Zealand location at the end of October gave Chikaranomoto a presence in 15 markets. It plans to raise the total number of foreign eateries to 146 within this fiscal year.

The expansion has translated into earnings growth. Consolidated revenue for the first half through September rose 13% to 14.7 billion yen ($135.2 million), with operating profit climbing 14% to 449 million yen, according to results released on Nov. 8.

The company's efforts to tailor overseas restaurant designs and menus to suit local markets have contributed to higher profit margins.

The original New York restaurant, for example, has a waiting bar -- a feature not found at any Ippudo in Japan.

The company recognized that New Yorkers like to have a drink while waiting for friends or examining the menu. Such bars are normally found in high-end establishments, not casual noodle joints where a bowl of ramen costs $15. The New York restaurant's menu also features a range of a la carte items and alcoholic beverages, priced with the assumption that each guest will be willing to spend more than the typical slurp-and-run customer back in Japan. When Ippudo opened this restaurant in New York in 2008, it saw it as a springboard to the rest of the world. (Courtesy of Chikaranomoto Holdings)

As it expanded abroad, Chikaranomoto recognized that it needed to cater to a wider range of tastes and customs. In Japan, Ippudo is mainly known for tonkotsu ramen -- noodles in a pork-bone broth. But some of its restaurants in Europe, the U.S. and Singapore serve vegetarian ramen, while Indonesian locations serve chicken tantanmen rather than pork soup to comply with Islamic dietary restrictions.

The parent company keeps a close eye on overseas licensees and restaurants in the hope of keeping them running smoothly, while maintaining its brand image and restraining costs.

Chikaranomoto licenses the use of its brands to local companies and provides operating know-how for a fee. It has input on just about everything, even the use of particular seasonings. This way, it aims to avoid losing customers over time due to slipping standards.

Even so, Chikaranomoto has encountered some issues as its expands across the globe. When it opened a large restaurant in Melbourne in April 2018, it attracted less attention than expected. Worldwide, on a same-store basis, the number of diners at overseas locations decreased 4% on the year in the seven months to October. Fluctuations in the yen's value are also a risk.

The company plans to renovate or move outlets that are underperforming. In addition to its determination to become more international, Chikaranomoto is shoring up its Japanese operations. Besides roadside restaurants, it is pushing Ramen Express -- a new format designed exclusively for food courts -- to reach a broader clientele. Combined same-store sales of domestic locations increased 3% on the year for the period of April-October.

Creative marketing has helped. Earlier this year, it ran an "election discount" campaign to coincide with Japan's upper house election in July. Customers were treated with a free second helping of noodles or a boiled egg.

"Customers like it when we offer an entertaining campaign," Kawahara said. "We plan to do more of this kind of thing."

But even strategies employed in Japan can have a global angle.

This past summer, the company teamed up with The Peninsula Tokyo to serve ramen through the luxury hotel's room service. The idea is to encourage foreign visitors to Japan to try Ippudo when they head back to their home countries.