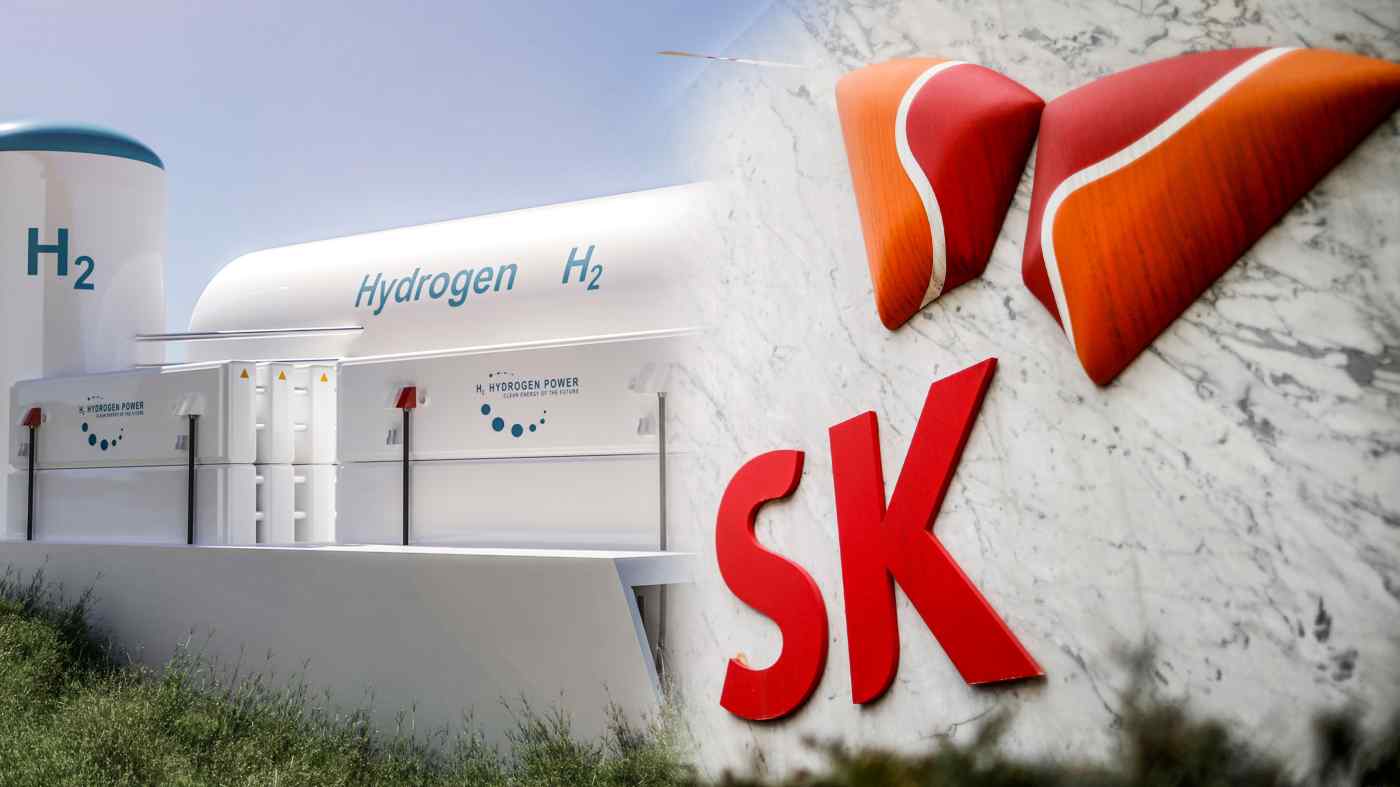 SEOUL -- South Korea's SK Group has said it will invest 18 trillion won ($16 billion) over the next five years to develop the domestic hydrogen energy industry. The country's third-largest conglomerate aims to become a leader in the emerging clean-energy source, which is attracting attention from businesses and policymakers around the world, most notably in Japan, but also in China and Europe.

Here are five things to know about SK's ambitious project.

1. Why is SK investing in hydrogen?

The hydrogen economy is poised to expand quickly, according to some observers. Citigroup said last month that the COVID-19 pandemic has played a key role in the growth of hydrogen projects, with Europe at the heart of it. "Almost 20% of the $54 billion of stimulus packages announced around the world dedicated to clean-energy earmarked hydrogen," the U.S. bank said in a report.

SK Chairman Chey Tae-won said Monday that hydrogen is a good fit for South Korea, because its production is not affected by the weather and does not require much land. He also said that part of SK's corporate responsibility is to help make the country carbon neutral by 2050.

SK said it will set up a hydrogen ecosystem in South Korea in two stages. First, it plans to produce 30,000 tons of liquid hydrogen per year in Incheon, southwest of Seoul, by 2023 using hydrogen produced as a byproduct at its petrochemical affiliate in the city.

Second, it will build the world's largest carbon-free hydrogen production base to produce 250,000 tons of hydrogen from liquefied natural gas per year by 2025. The facility, which will employ carbon capture and treatment technology, will be built near Boryeong LNG Terminal, a joint venture between GS Energy and SK group company SK E&S in the western coastal city of Boryeong with an investment of 5.3 trillion won.

Analysts say SK's investment in hydrogen will boost the value of the company by helping it tap a global market for clean energy. "SK will have partnerships with global players to raise its competitiveness in the hydrogen business," said Lee Sang-heon, an analyst at Hi Investment and Securities. "We have raised the target stock price of SK to 360,000 won" from 300,000 won.

3. How are SK and Hyundai Motor cooperating in hydrogen?

Hyundai, South Korea's largest automaker, produces fuel-cell electric vehicles, which use hydrogen to make electricity. SK's hydrogen facility in Incheon, according to the government, will be able to provide safe and cheap hydrogen for 200,000 fuel-cell cars in Seoul, Incheon and Gyeonggi Province.

"SK will support the country's hydrogen economy road map by establishing a large-scale hydrogen infrastructure," the company said in a statement. "We will cooperate with a wide range of partners to lead the global hydrogen market."

The two companies met Monday to discuss setting up the K-Hydrogen Council, an organization to promote hydrogen-related businesses among local companies, by June.

4. How is the government supporting the project?

The government will spend 824.4 billion won on the hydrogen economy this year, up 40% from a year earlier. The funds will be used for hydrogen mobility, hydrogen production and retail infrastructure, as well as core technology development.

The industry ministry also plans to set up five hydrogen industry clusters in Incheon, Ulsan and the provinces of North Jeolla, North Gyeongang and Gangwon to establish an ecosystem for the energy source nationwide.

5. What is the biggest obstacle to the project?

Cost. Citigroup says that hydrogen has a long way to go before it becomes a tradable commodity, let alone a widely used energy source, because it is still too expensive.

"The economics of hydrogen projects are a risk for investors, who are largely making investments based on what they consider a high-probability assumption that electrolyser costs are likely to fall," said Ed Morse, a commodities analyst at Citigroup.

Electrolysers are used to break water into hydrogen and oxygen to yield environmentally friendly green hydrogen, but they are very expensive. Morse said scaling up and improving the technology should bring down the cost of electrolysis, but it is difficult to predict by how much.