TOKYO -- Japanese eyeglasses company Owndays has set its sights on Indonesia for the next stage of an aggressive overseas expansion drive.

The immediate plan is to open the first three outlets in the country by March, expanding its extensive footprint in Southeast Asia. The company sees great growth potential in glasses demand as the country's economy continues to grow. 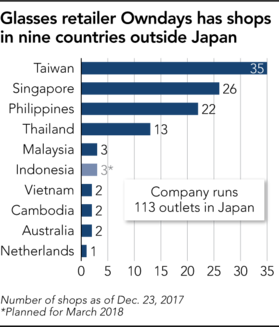 The new outlets are planned in locations including shopping malls in the capital Jakarta and Surabaya, the second-largest city in the Southeast Asian country.

Faced with a quickly saturating domestic market, the company aims to nearly triple its overseas outlets to 300 by 2020.

Overseas operations are the key earnings driver for the Tokyo company, with revenues expected to exceed the domestic figure in the current fiscal year to next February.

The three Indonesian outlets will be operated under a franchise deal with a local fashion company. Owndays aims to expand the chain to 100 outlets in five years.

Owndays' maker-retailer business model borrows from apparel giants including Uniqlo, which not only sell products through their outlets but also plan, design and manufacture products under their own brands to cut costs and quickly respond to consumer demands. 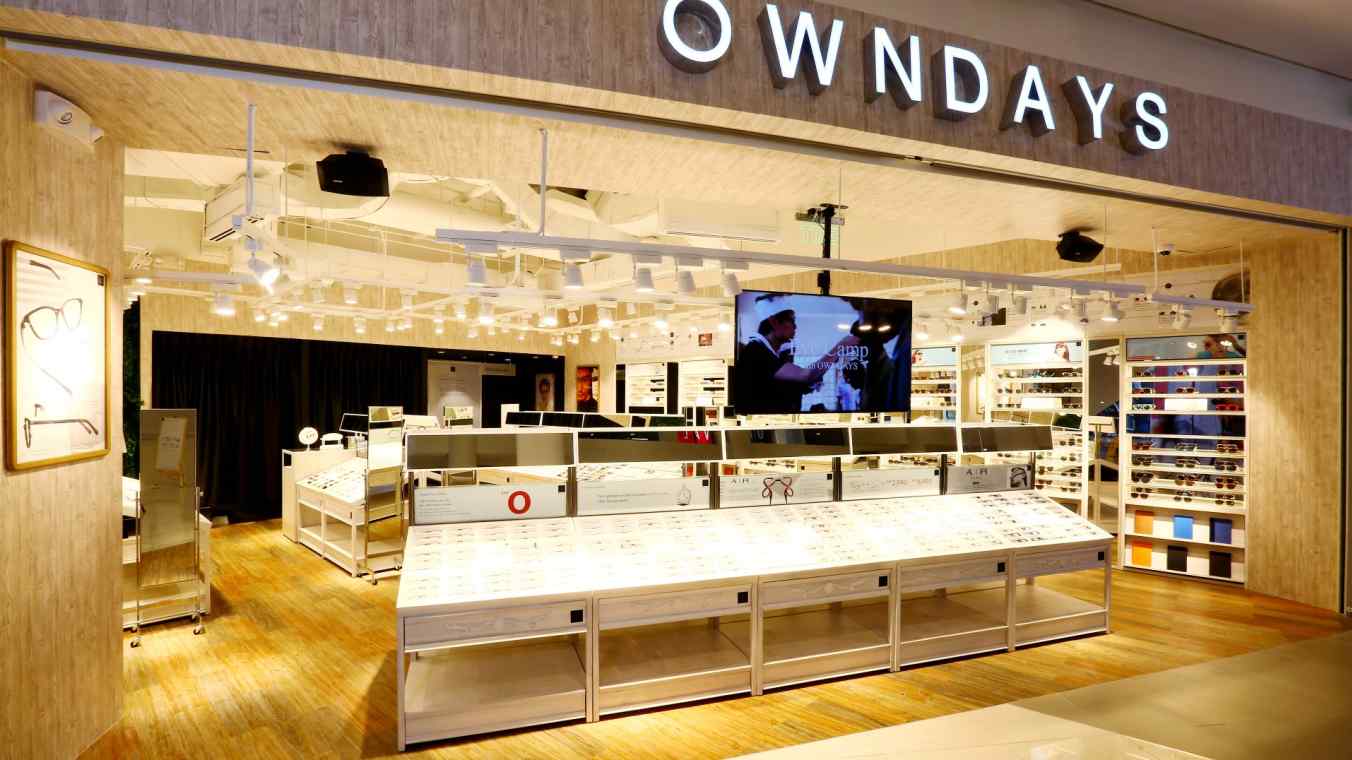 In Indonesia, the company will sell its high-quality but reasonably priced glasses, with a price range of less than $100. That is a little more expensive than local popular grade products, but Owndays believes its ability to prepare lenses in just 20 minutes or so at outlets will be a distinctive appeal to local consumers. In addition, there are relatively few retailers similar to Owndays in Indonesia, a company spokesperson said.

After opening its first overseas outlet in Singapore in 2013, Owndays has expanded its overseas operations to 106 outlets in nine countries and regions mainly in Southeast Asia. Target countries include Russia.

The company targets revenue of 15 billion yen ($132 million) for the current fiscal year, up 25%. Overseas revenue is expected to total 8.5 billion yen, up about 40%.

According to Tokyo-based Gankyo Publishing, Japan's glasses market has not grown in recent years, even as competition heats up among retailers, including Jins, which operates under a maker-retailer business model similar to Owndays', and Intermestic, which operates Zoff outlets. The market is saturating as these companies continue to open new domestic outlets.

Owndays aims to stabilize its earnings by establishing a steady income source through overseas expansion and use it as a basis to bolster domestic operations.