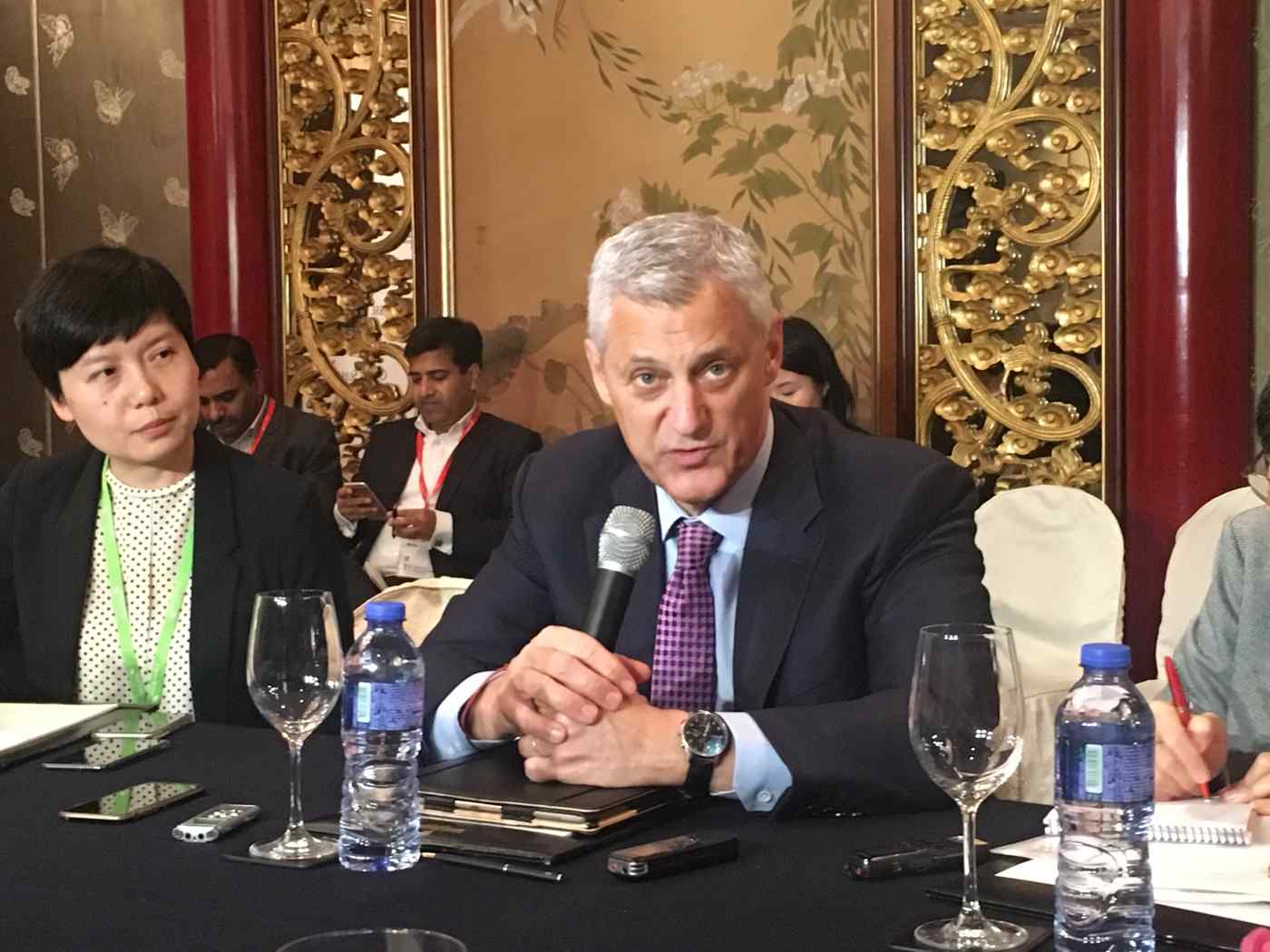 HONG KONG -- The chief executive of Asia-focused lender Standard Chartered denied the possibility of selling itself to Chinese buyers amid a sluggish recovery in its London-listed share price.

The London-based bank, which operates across Asia, Africa and the Middle East, is in the midst of a restructuring. According to Winters, Standard Chartered has an opportunity to improve its performance, adding that "to sell out of that right now to me would be a great, great shame."

Since Winters took over as CEO in 2015, Standard Chartered has taken steps to tighten risk controls and reduce costs. While the reorganization led to losses of $2.4 billion and $478 million in 2015 and 2016, respectively, things finally seem to be turning around. Last month, the bank reported a net profit for 2017 of $744 million. The lender also said it would pay a dividend for the first time since 2015.

Despite the improvement in some parts of its business, the bank's share price and return on equity have yet to make a full recovery. It reported an ROE of 3.5% for 2017, well below rival HSBC's 5.9%, while operating income growth remained at 3%. Shares slid 1.64% to close at 754.8 pounds on Monday, roughly 30% below its high in 2015.

The stock, according to Winters, is "trading at a discount to anything I would consider to be a good value." As of last Friday, the lender's market value stood at 25.3 billion pounds.

Looking ahead, the bank aims to increase ROE to above 8% in the medium term. "We all know that there are ways to get to 8%, 10%, 12% ROE quickly if you want to," Winters said, adding, "we've been there, we've done that, and we really don't want to repeat it." He stressed that their goal is to build a sustainable business in the long run by targeting affluent retail banking clients. The CEO also stressed that the bank sees Beijing's Belt and Road infrastructure imitative and the internationalization of the yuan as keys to Standard Chartered's future growth.

Winters' comments came as Standard Chartered was hit by a regulatory scandal. The Monetary Authority of Singapore said Monday it has imposed penalties of 5.2 million Singapore dollars ($3.95 million) on the bank's local branch and S$1.2 million on Standard Chartered Trust (Singapore) for breaching rules for money laundering and counter-terrorism financing.

According to the MAS announcement, the violations occurred when trust accounts were transferred from Guernsey, a U.K. crown dependency, to Singapore between December 2015 and January 2016. "The timing of the transfers raised questions of whether the clients were attempting to avoid their [common reporting standard] obligations," the agency said. "However, [Standard Chartered Bank and Standard Chartered Trust] did not adequately assess and mitigate against this risk factor, and also failed to file suspicious transaction reports in a timely manner."

Before the MAS announcement, Winters admitted to reporters that "we weren't as diligent as we needed to be." He added, "We reported our own shortcomings and also the action of involved clients to the MAS."

"The important thing," the CEO said, "is we are making investments necessary to make sure we don't have a repeat."

The scandal followed Standard Chartered's decision on Friday to put compliance chief Neil Barry on leave, pending an internal investigation into an undisclosed matter. While declining to disclose any details about the probe, Winters stressed that the issue "has nothing to do with any compliance-related matter of the bank, it rather has to do with the individual."

The MAS decision came amid the lender's attempt to tighten up its compliance after several investigations by regulators worldwide, including into allegedly embezzled funds related to Malaysian state investment fund 1MDB.