Startup asks job seekers to go fishing with the boss

Small company tries to hook talent by showing some personality

TOKYO -- For startups, recruiting young talent can be difficult. So, CyberBuzz, a Tokyo-based online marketer, has come up with a rather unconventional way to "connect" with promising students before they are poached by big companies.

On an early November morning last year, three university students gathered at Motomachi-Chukagai Station in Yokohama, just south of Tokyo. Then, at the nearby port they got on a boat and were off to rock fishing spots in Tokyo Bay -- led by the startup's CEO, Akinori Takamura.

The fishing excursion was part of a two-day internship, dubbed "Let's hang out with the CEO." The company says spending time with the boss allows students to know what he thinks and how he uses his time. It is also intended to deepen students' understanding of the company and make them want to work for CyberBuzz.

"By talking with the CEO, I felt that he thinks a lot about each one of his employees," one of the students said.

In Japan, job-hunting college students enjoy a seller's market. As such, small and midsize companies are increasingly experiencing difficulty landing prospective graduates, especially good ones. One way to avoid fighting over talent with well-known blue-chip companies is to snap up near-graduates before June, when most major companies start job interviews.

Companies belonging to the Japan Business Federation, a powerful business lobby known as Keidanren, voluntarily agree not to steal a march on rivals. Small companies, however, may issue early naitei -- informal promises of employment usually made by companies to upperclassmen ahead of graduation. The students can still back out if they get better offers from big companies.

Still, "it is important to issue early naitei to retain talent," said Hideki Ogawara, who is in charge of hiring at CyberBuzz. But, he adds, "to be chosen by students, it is crucial to connect with them at the personal level, not as a company. 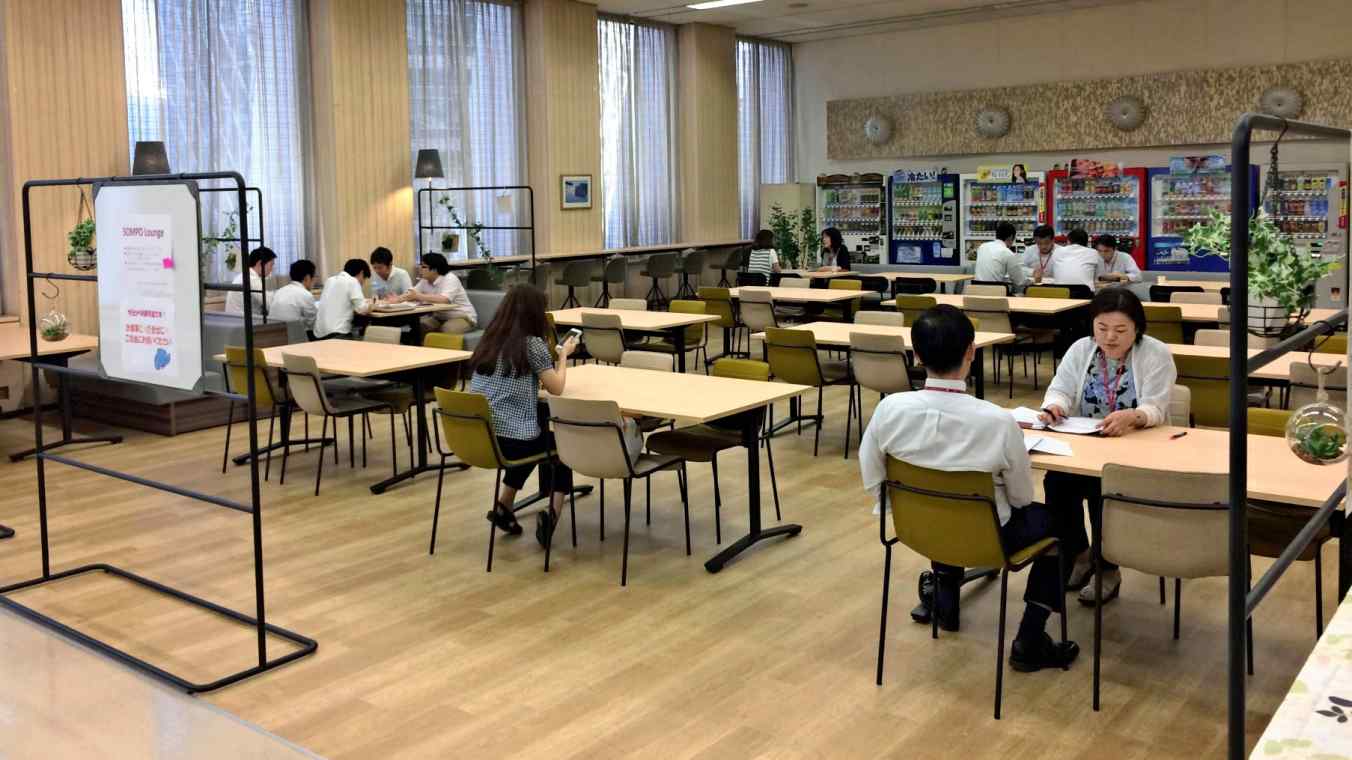 Takamura, Ogawara and others came up with the idea of "increasing students' contact with employees." They thought making Takamura's favorite activities -- such as fishing, mountain climbing, wakeboarding and working out -- part of the internships would be an interesting way for the CEO to connect with students. The other day of the internship is spent in the office, following the boss around.

"Through the program, we also get to know the students' personalities," Ogawara said. Fishing, for instance, allows the boss to see if the interns show up on time early in the morning as well as how they might react to hardship, like not getting any bites for hours on end. Working out might show how far the students can push themselves and how they might perform when some extra weight is placed on their shoulders. The most important point of these internships, however, is for the CEO to gain a feeling as to whether he wants one of the students to join his company, regardless of their actual job skills.

One obstacle, however, stood before them. Parents.

When the program began last year, four students participated. The company gave a thumbs up, a naitei, to a female student who expressed interest in joining the company. But she had to give up the offer because her parents wanted her to join a large stable company, not a startup.

After some brainstorming, CyberBuzz came up with a solution. Starting this year, the parents are also welcome to join the fishing.