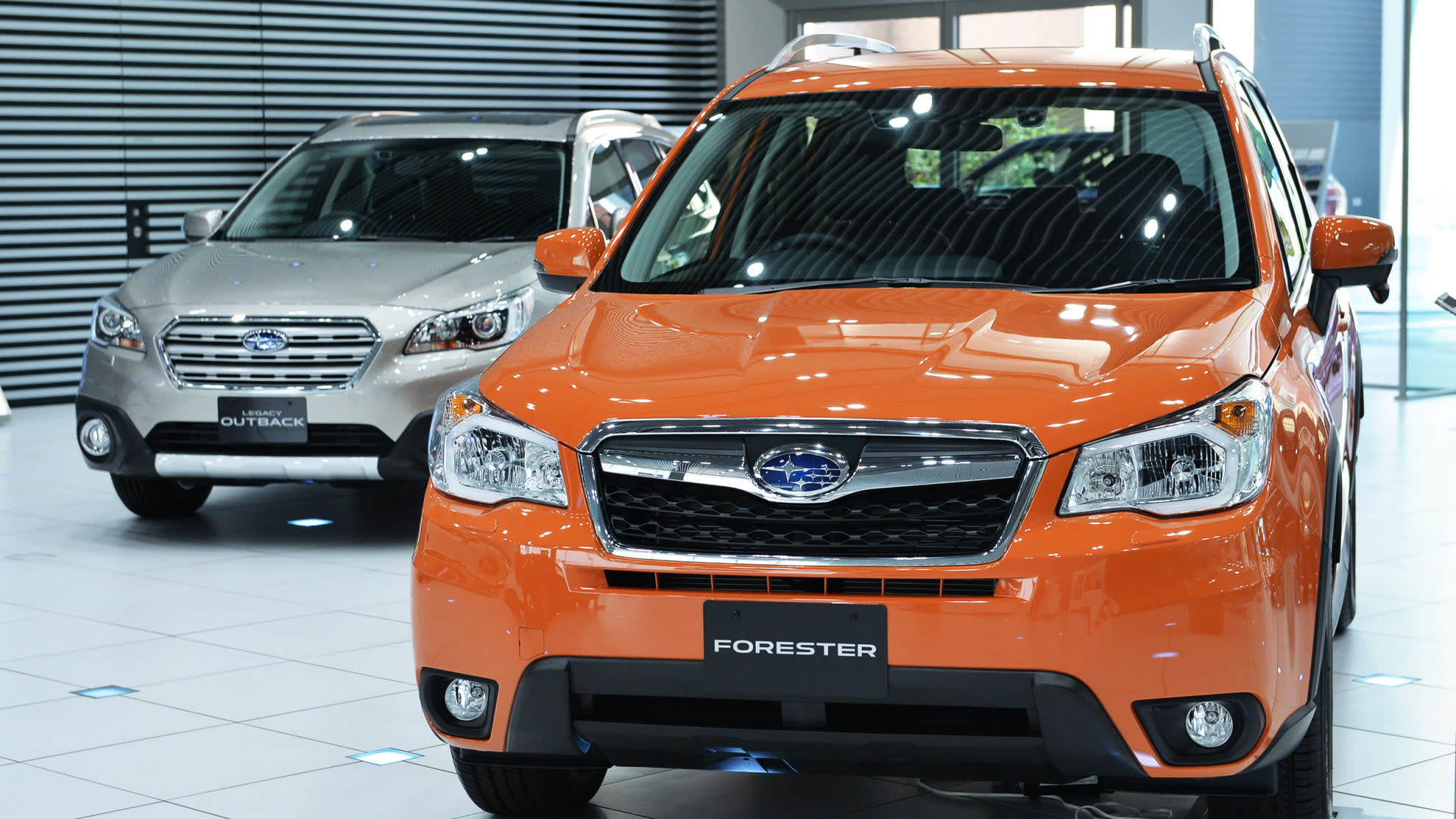 TOKYO -- Japanese automaker Subaru's operating profit for the year through March is expected to plunge 30% to around 250 billion yen ($2.2 billion) due to heavy recall costs, Nikkei has learned. The company is on track to fall short of its earlier projection by about 50 billion yen.

The company is likely to lower its full-year forecast when it announces first-half results on Monday. Its net profit projection of 220 billion yen, down 0.2%, is expected to be downgraded to less than 200 billion yen as well.

Subaru on Thursday announced a recall of a total of 410,000 vehicles at home and abroad due to the possibility that valve springs can fracture, causing the engine to stall. It already downgraded its April-September earnings forecast on related costs, but the recall will affect full-year results too.

Domestic sales for the first half fell 20% on the year to 67,000 vehicles, according to preliminary figures. In addition to fewer new models being offered than in the year-earlier period, customers apparently were driven away by a series of scandals, including revelations that employees improperly recorded fuel efficiency and emissions data in Japan.

Subaru's worldwide production for the first half decreased 6% to 490,000 vehicles, which was less than its earlier plan. Although demand has been strong in the U.S., the automaker failed to make some sales due to a shortage of inventory.

The company also launched mass production of redesigned models such as the Ascent and Forester SUVs at Japanese and American plants. Fixed costs for production rise at this stage because efficiency is low until production gets on track.

Subaru is likely to revise its assumed exchange rate of 105 yen to the dollar. For every depreciation of 1 yen, annual profit is boosted by around 10 billion yen. A revision to closer to the actual rate of around 113 yen would help earnings, but even that probably would not be enough to offset the negative impact of the recall and sales slump.