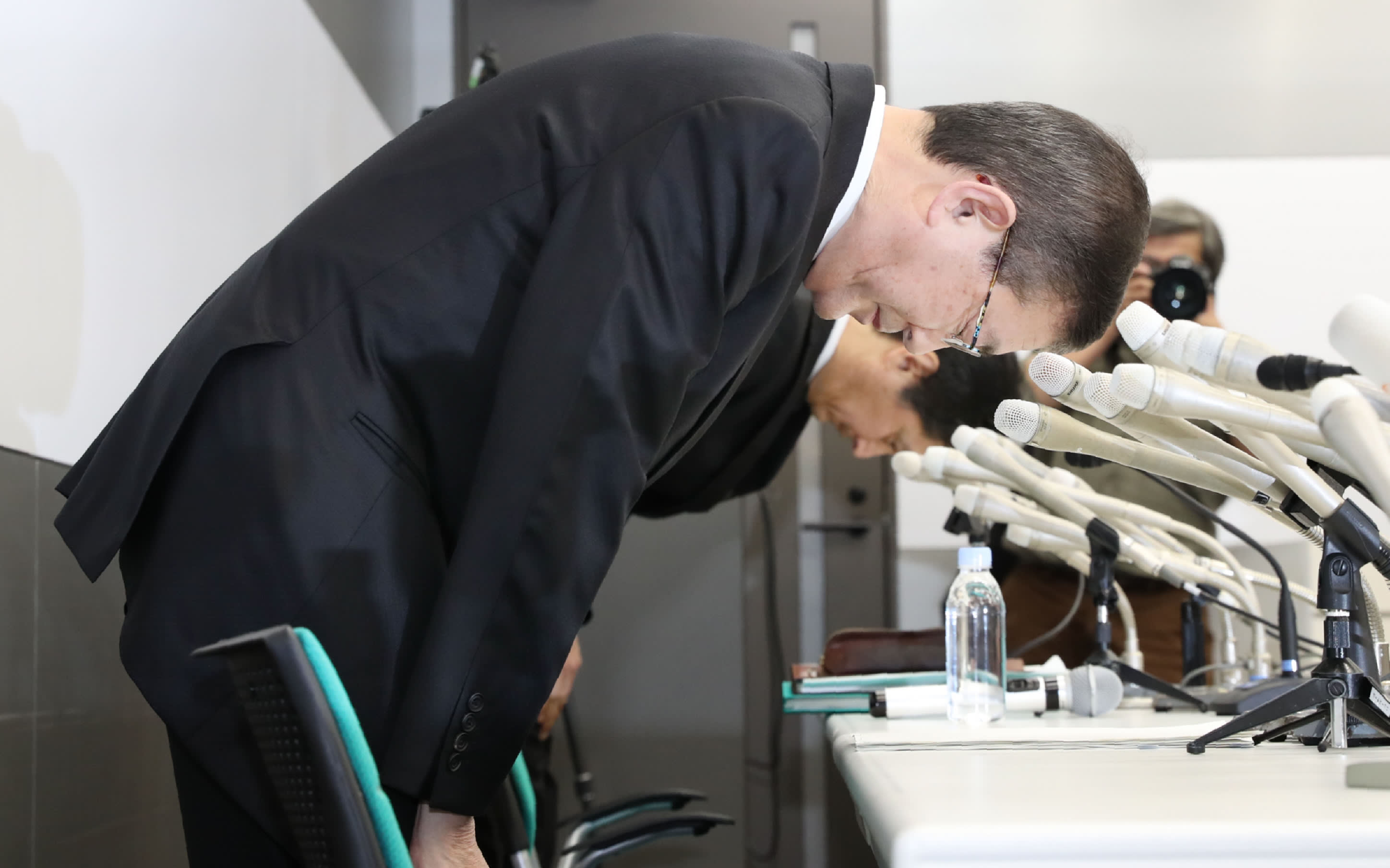 Scandal overlaps with Nissan's in more ways than one

"We have provided our customers value in terms of safety and peace of mind," President Yasuyuki Yoshinaga told reporters Friday in Tokyo. "The last thing we want is for them to feel any concern."

Those words indicate that Subaru, which has built its reputation on safety on its pioneering Eyesight driver-assist technology, knows full well the impact the inspection scandal will have on business.

The damage will be felt mainly in the recall expected to be reported to the transport ministry on Monday of roughly 255,000 vehicles, currently expected to cost around 5 billion yen ($43.9 million). Subject to the recall would be 10  models that are produced and sold in Japan, including the Impreza and the Toyota 86, which Subaru manufactures on contract. Subaru makes those vehicles at three production lines at its main plant and the Yajima factory in Gunma Prefecture. The facilities also produce the Forester and other models shipped to the U.S. and elsewhere.

Japanese law written shortly after World War II requires automakers to perform final vehicle inspections. Vehicles made for export do not need to undergo such rigorous checks if the destination country's safety standards do not require them. Other countries have criticized this practice as "excessive regulation."

Subaru employs 245 personnel who have passed written exams and are formally certified to conduct the checks. But it also allowed employees undergoing training for certification to perform inspections. Over the past four years, an average of eight uncertified people were performing audits at any given time. Four did so on Oct. 1, for example. The individuals then used stamps of certified staff to falsely sign off on inspections.

Yoshinaga reported Friday that the practice had been in force for at least three decades. Prospective inspectors at Subaru are required to undergo on-the-job training to Many of the improper inspections took place at Subaru's main production complex in Ota, Japan.

obtain certification. But because supervisors would instruct candidates on vehicle inspections prior to the on-the-job training, some candidates judged to possess a certain level of expertise were allowed to perform the checks without certification.

That dubious understanding was pervasive and deeply rooted in the factory floor. The impropriety of that practice "has not been clearly delineated in company rules and regulations, so it never came up in [internal] audits," explained Yoshinaga.

"Old practices were kept up," Yoshinaga added. "This is a problem concerning oversight of the production process, which must be properly corrected."

In the previous fiscal year ended this March, Subaru's domestic sales climbed 10% to roughly 160,000 units. The new Impreza was even crowned as the 2016-2017 car of the year in Japan. However, Subaru's capacity struggled to keep up with unit sales, Yoshinaga said. The high factory utilization rate "placed a heavy burden on the production floor," the company head added. But Yoshinaga does not believe those conditions were the direct cause of the inspection cheating.

That timeline overlaps with Subaru's decades of malpractice. The two automakers also formed an operational tie-up between 1968 and 2000. Subaru manufactured more than 1 million Nissan vehicles on order.

Subaru did not disclose during Friday's press conference why the improper inspections began in the first place. When asked if the ties with Nissan contributed to Subaru's invalid inspections, Atsushi Osaki, a corporate vice president, said the company will investigate that question.

Yoshinaga, however, seemed to hint that the Nissan way may have influenced Subaru's thinking on the production process. Nissan "taught us many things," but Subaru still took full responsibility for the result, he said.

"If Nissan's problems hadn't been discovered, we probably would have continued" with the problematic inspections, the Subaru chief admitted.

Nissan has suspended domestic shipments after discovering further instances of unqualified staff performing inspections earlier this month. Subaru has elected not to take that route since it has removed all uncertified employees from the final audit process since Oct. 3.

That move should limit the immediate impact on earnings. But Subaru's brand may take a serious hit and cause the company to lose customers down the line.

So far, there are no confirmed accidents for Subaru or Nissan vehicles that could be linked to uncertified employee inspections. Subaru's recall is also unusual since those are often issued for known defects. Subaru is authorizing one anyway to calm the nerves of worried car-buyers.

"We will elevate transparency and actively adjust and correct rules so that these mistaken practices do not happen again," said Yoshinaga.